Donald Trump, Man of the People

Trump knows as little about politics as most non-politicians. 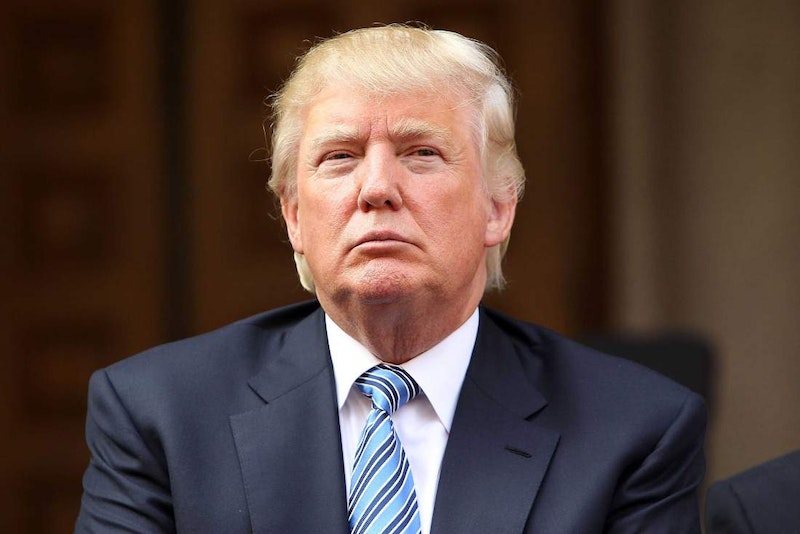 During the 2016 campaign, Donald Trump presented himself as an insurgent outsider; a man of the people who’d "drain the swamp" and fight for the little guy. For the most part, this was transparent propaganda. Trump's a millionaire real-estate heir who made much of his money through scams deliberately designed to fleece the less affluent. He staffed his cabinet with billionaires, and the big "achievement" of his first year was a massive tax cut for the rich. He's a bloated plutocrat, not a populist hero.

There’s one respect in which Trump does share common ground with the electorate, though. He's ignorant about politics and government.

Americans can't find North Korea on a map; in 2016 Americans couldn't name the Vice Presidential candidates. Most Americans don't understand health care policy; they don't know that we're at war in Yemen. They have almost no understanding or interest in the issues facing the nation.

Political reporters and pundits, who are paid to know who the vice presidential candidates are, wring their cell-phones and gnash their laptops over the obtuseness of the public. Christopher Achen and Larry Bartels in their fascinating 2016 book Democracy for Realists, though, argue that public ignorance isn't a crisis—or at least, they argue that it's not new. The public’s always been largely disengaged from the political process. The folk theory of democracy, which imagines an engaged, informed polity weighing policy pros and cons with care and insight, is and has always been bunk. "The great majority of citizens pay little attention to politics," the authors conclude. "At election time, they are swayed by how they feel about 'the nature of the times,' especially the current state of the economy, and by political loyalties typically acquired in childhood."

People vote on partisanship and on how well they're doing financially. Otherwise they don't think about politics very much. For people who idealize democracy, this conclusion may be a cause for alarm. But Achen and Bartels argue that it doesn't have to be. Yes, citizens don't make reasoned voting choices based on thoughtful study of the issues. But democracy has worked okay up to now simply because when things are going badly, people tend to vote out incumbents. People in power have some interest in making sure that the lives of constituents aren't horrible. Moreover, democracy has norms of peaceful transition and power sharing. No one person or faction is in power too long, and in the U.S. a system of checks and balances keeps any one group from gaining too much sweeping power. It's not pretty or elegant, perhaps. But it staggers along.

Part of the reason democracy works to any extent is that the actual politicians passing policies are not typical voters. People who run for president have generally spent years, or decades, running for office and learning about policy. Most voters aren't interested in government, but politicians are. Even George W. Bush, who was widely pilloried for his ignorance and lack of experience, was far more informed and engaged than the average voter. Bush had reformed education in Texas, for example, before he tackled education reform on the national level. I think Bush's educational ideas were poisonous, but he wasn't completely ignorant (on this issue, at least.)

Trump’s a different case. He never held political office before becoming president, and has never had any interest in public affairs or policy. His political causes have all been conspiracy theory nonsense divorced from even minimal engagement with facts. Birtherism wasn't a debate about policy; it was just baseless racist bilge. Similarly, Trump's signature campaign issues made no sense. "Build a wall and make Mexico pay for it" isn't a plan; it's a random string of words stuck together with xenophobia. Trump assures voters he's going to pass the best health care, or the best tax bill, but it's clear he doesn't have any idea what the best health care would look like. It's not just that he has no specifics; it's that he's not even informed enough to sketch broad outlines or goals. Trump refuses to read policy papers, or even bullet points. Policy bores him; he has no interest in government.

Most Americans don't have any interest in government either. In fact, many people mistrust career politicians, the same way you might mistrust someone who was consumed by a passionate interest in the life cycle of lobsters.  Hollywood films, from Mr. Smith Goes to Washington to Dave, fantasize about everyday schmoes who don't care about government whooshing into office and fixing all problems everywhere. Trump's dismal popularity, though, suggests that the reality of the everyman politician is less pleasing than the movie narrative.

Trump's critics have argued that he’s mentally unfit for office. As David Perry at Pacific Standard has pointed out, though, blaming Trump's failings on mental illness is needlessly denigrating to those with actual mental illness—and it's also beside the point. Trump’s unfit for office because he has no relevant experience for, and no interest in, his job. You wouldn't hire a person with no background or aptitude to perform brain surgery on a loved one, or even to fix your car. But we’ve hired a person with no background or aptitude to do a job that’s significantly more consequential. No one should be surprised that he’s very bad at it.