How to fight anti-intellectualism. 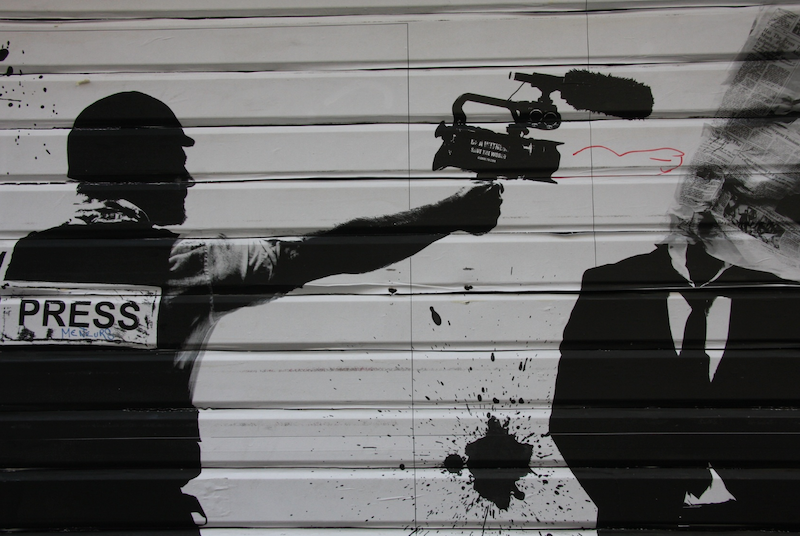 In a recent column for Splice Today, Crispin Sartwell singles out a strange phenomenon in social media—political labeling. Sartwell writes: “It seems impossible for people at the moment to grasp that I'm not on their side and also not on the other side. So, for example, when I predict that Trump will be impeached and declare that it will be richly deserved, I'm taken to be a Democrat. Or when I describe and sneer exhaustedly at the way CNN and The New York Times have transformed themselves from news organizations into obsessive anti-Trump ranters, it's obvious that I'm a Republican.”

Although dealing with a different subject matter, I’ve also experienced similar attacks: called a hippie leftist by one person and a fascist by another. The trouble was they were reading the same article.

What causes people to act this way and what kind of communication is perpetuated? Social media as a platform of communication doesn't help. Twitter, in particular, is just one big “Jump-to-Conclusion-Grid” where everyone carries an “Insta-label” happy to tag one another all day long. An optimist, even I lose patience with what appear to be the idle, moronic minds that circulate the Internet. The chances of convincing a person who never examines his life that they’re making no sense are slim.

Clearly, there are many different levels of communication at hand. One is intellectual. These are the people who use reason and intellectual prudence in order to communicate their point of view. They’re the observers of the societal phenomena and through philosophical reflection, they posit causes of rise and fall of civilizations, among other things. For them, ideas do matter and indeed have consequences.

And so, they also try to untangle a big mess using clear thoughts and critical thinking. They thrive on a human encounter, willing to enter into dialogue with a person with whom they agree or disagree. They may be what we can qualify as public intellectuals or simply people who wish to have a good conversation.

But in the midst of possibilities of nourishing and elevating discourse, we witness a group of people who use and misuse language, and ultimately abuse others through language. They don't use rational thought and only operate on the basis of primitive emotionalism, which almost always results in ad hominem attacks. For them, the primary intent is to provoke, which then creates mental disorder, disorientation, and chaos.

On one hand, as Sartwell points out, we see media outlets like CNN or The New York Times who deliberately muddle the waters of conversation. They turn the wheels of the machine for a direct purpose of pitting one group of people against another, and then watching the disastrous outcome. They manipulate the language in order to suit their ideology (whatever it’s composed of), or to simply create confusion.

On the other hand, we see people taking the bait and happily causing disruption. Any cogent argument is quickly dismissed with an off-hand remark or an ontological takedown of the person who’s making a reasonable argument. This loop of madness never stops and it only further contributes to the erosion and disappearance of critical thinking.

Is there a way out for those of us who don’t wish to get on this ideological merry-go-round? The way out cannot involve regulation of speech. But what can be done when the dominant free speech is the talk of fools? The voice of someone who is truthful through reason has a great chance of getting lost in the variety of discordant notes.

At the center of this is the problem of collectivism. Human beings, by nature, tend to form groups. Sometimes those groups can become a community composed of individuals but other times, the groups are mere collectives whose members have either an inability or a lack of virtuous strength to stand on their own as individuals. The meaning of their singular being is in the emptiness of the collective. The insults and provocations are far easier to do behind the screen—that awful mask people hide behind and unleash their inadequacies and dissatisfactions.

Do we ignore these Internet zombies or fight back? Can we annihilate this parade of dangerous stupidity with mere disregard? As we constantly move toward the uncertain future, maybe the words of the walking dead will become nothing but debris that will end up in some dump, and there’s nothing to worry about.

The choice rests on each individual who’s interested in a proper intellectual discourse. He has to evaluate what is central and what is peripheral, and if ever entangled, he ought to untangle himself from the mindless repetitions of a conversation that is nowhere and goes nowhere.