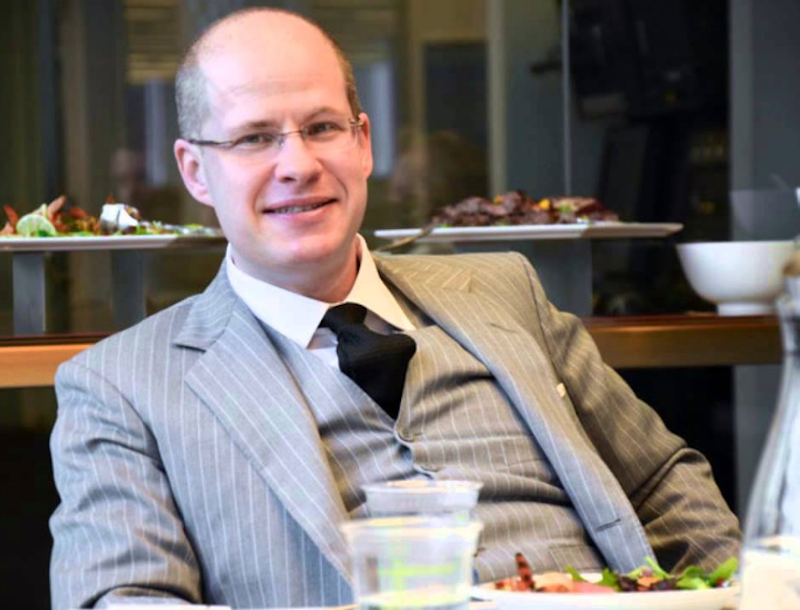 Spare a moment to consider the hardship of being a neocon with Republican Donald Trump occupying the White House. Not that long ago, in 2003, you thought your team was on a roll in successfully pushing for the invasion of Iraq. The statue of Saddam Hussein in Firdos Square fell soon thereafter, with the assistance of the U.S. Marines, and everything looked great, thanks in part to an obliging media which had for the most part accepted the George W. Bush administration’s untrue justifications for the war from day one. But Dubya failed to execute the perfect playbook the neocons had drawn up for him (just ask them), the dictatorship descended into a brutal civil war, and the warmongers were left out in the cold with the other outdated internationalists.

It has to be tough to be accused of war crimes so soon after toasting the introduction of democracy to a brutalized Middle East nation, but then Donald Trump gets the GOP nomination in 2016 and the prospect of his “know nothing isolationism” terrifies prominent neocons like Max Boot and Robert Kagan so much that they actually endorse Hillary Clinton's candidacy, as it seemed to promise at least a decent chance for future well-intentioned invasions.

Of all the neocons traumatized by Trump's unlikely ascension, lifelong Republican Boot, who’s the Jeane J. Kirkpatrick Senior Fellow in National Security Studies at the Council on Foreign Relations, has always seemed the most discombobulated. Those unfamiliar with his politics might well have mistaken him for a solid Democrat after learning of his opinions on the 45th President of the United States. Trump was making him feel like a foreigner in his own country. He was going to do so much damage that America would never be the same. Boot, of course, as an influential booster of the GOP for years had no responsibility for paving the way for the Trump nomination. Other Republicans were to blame.

Now that he's written for Foreign Policy a heartfelt mea culpa of his guilt over the “white privilege” he was born into, there's no longer the slightest doubt that the Russian-born war hawk’s Trump-inflicted devastation is unmatched among the nation-building community. In fact, the big red pill Boot’s swallowed to stabilize his equilibrium is making many respectable liberals looking like they could do with some lessons in wokeness from the self-described “American imperialist.”

The tone of the Foreign Policy piece is reminiscent of zeal that newfound converts often exhibit once they've seen the light. Boot’s like the guy who just quit smoking and then tries too hard to make up for his years of transgressions. He writes of his discarded “smart alecky” young conservative persona as a Jewish refugee from the Soviet Union, and his callous rejection of the notion that he was expected to atone for slavery and Jim Crow.

While it’s always been implicit among white people who supported equal rights for blacks and other minorities that Caucasians have long been granted privileges unavailable to others (why else would the Civil Rights movement have ever become so powerful?) it's currently expected that they acknowledge this reality explicitly, over and over, to fully establish their bona fides as proper allies to marginalized minorities. White privilege is the new “original sin” in the quasi-religious social justice movement. You're born with its taint and, although you can never fully erase it from your being, you're expected to do your best to proclaim how much it's done for you, even if you live in Appalachia and have several old washing machines in your front yard.

Given the amount of emphasis placed on white privilege—based entirely on skin color—in the current social justice movement, one has to wonder how Martin Luther King had any success while entertaining dreams that his children would be judged by the content of their character rather than the color of their skin. Nowadays, people like Max Boot, whose ancestors likely fell victim to the Imperial Russian pogroms, are so eager to be considered woke that they take on guilt for enslavement and segregation they had no part in. Most likely his real guilt stems from ignoring for so long, like so many Republicans, realities like cops abusing the privileges of their badges with “driving while black” traffic stops. His crowd downplayed the severity of the problem until videotapes made it no longer possible. They had to have things spelled out for them. Maybe that's called Republican privilege.

In other words, Max Boot’s privilege really is a product of the conservative cocoon he chose to live in of his own volition, not the color of his skin. Living in the New York City area and writing his articles for The Weekly Standard and The Wall Street Journal, he's inhabited an elite world that's comfortably buffered from the everyday harshness of life that minorities and even disadvantaged whites often experience. It's telling that this news reached him via “a well-educated, well-paid, well-dressed” African American woman, who told him of her fear of being unjustly accused of shoplifting, something he would known about long ago if he had any connection with regular black people.

Boot also confesses his embarrassment and shame for not understanding how bad the problem of sexual harassment has been. He'd “gotten some hints" from his "female friends of the kind of harassment they have endured,” but didn't have “any idea it was this bad...or this tolerated.” Are we supposed to believe it's because of his white male privilege that he essentially ignored these women, rather than the fact that he chose to run in circles where such allegations are routinely discounted?

While it's a positive that neocons are rejecting the values of Trumpism, it's unfortunate that Max Boot felt the need to go from clueless to woke so fast that he didn't have time to do his homework and figure out that he's embracing the counterproductive rhetoric of the regressive left, which believes lingering on guilt is a prerequisite to effecting social justice. If those people were to, by some miracle (miracle from their point of view, that is), come into power tomorrow, they'd probably soon make publicly confessing to original sins like white privilege mandatory.