How We Became Irrational

Democrats and Republicans are acting foolishly. 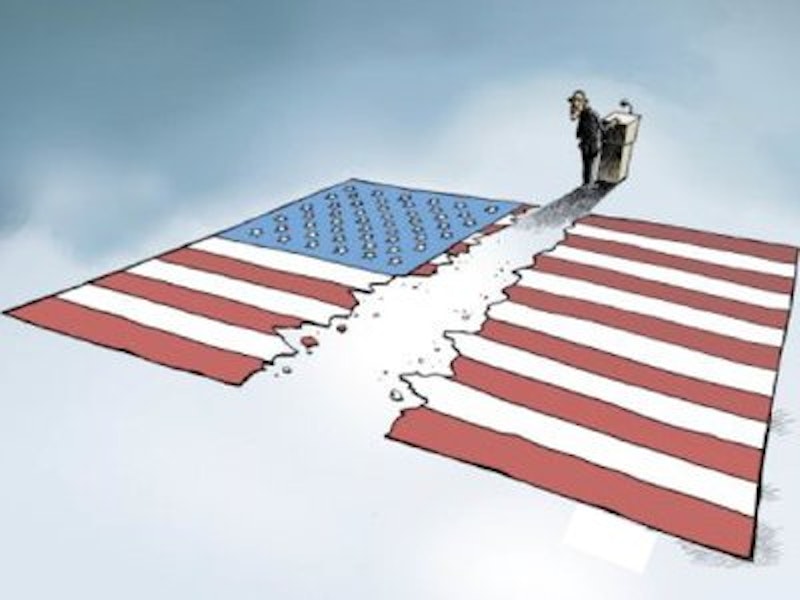 We are a divided nation. But one thing unites Clinton and Trump voters, Clinton and Trump surrogates, Dem-leaning columnists and Reps: they have no credibility whatsoever when they make factual claims. As it turns out, this is decisively provable, but it's also in-your-face obvious all day every day. So if you’re any of the sorts of person listed above, you ought to reflect for a bit or lapse into silence, lest you discredit yourself further.

When James Comey announced in July that no indictment was forthcoming for Clinton, he was congratulated unanimously by Hillary supporters for acting appropriately, and excoriated by Trumpists. Obviously, roles were reversed last Friday when Comey indicated to Congress that the investigation is continuing and “sources” lobbed Anthony Weiner into the mix.

Now, what is Paul Begala's interpretation of the fact pattern? And what is Eugene Robinson's? The editorial board of The New York Times? Nearly identical, expressed in almost the same words. One knew more or less before they spoke what these sources would say about the facts in question. And so, precisely, on the other side.

This is routine. You expect it from roughly all your friends and acquaintances (except that one perverse little provocateur; you know who I mean). Very likely, you do it yourself. But it ought to be very surprising. And it ought to entirely discredit everyone involved.

Say that every doctrine of American progressivism is true. Stipulate that every policy enumerated in the Democratic party platform is the best possible policy, and further, that Trump is a misogynistic neo-fascist, and that the most urgent goal in our society is equality for women and minority groups, and that it’s past time for a woman to be president. All of that is entirely irrelevant to whether Comey acted appropriately. Correct?

Those typically “progressive” values and positions have absolutely no bearing on whether Comey acted appropriately or not. What’s actually relevant are things like FBI policy with regard to informing Congress and public disclosure of investigations, and the actual facts of the email probe as they emerged. Both Democrats and Republicans talk about this when they make their pseudo-arguments, but those are not the sort of considerations that cause them to have the beliefs they do, or else the split would be within each group rather than between them.

There’s just no reason that being a Hillary supporter should lead one to believe that Comey acted inappropriately on Friday. If Hillary supporters were, overall, rational or in contact with reality or committed to speaking the truth, they’d be split on this question, and so would Trump supporters. Nothing could be more evident.

The whole of the progressive or reactionary belief system is entirely irrelevant, say, to whether the Clinton Foundation was a source of corruption in Hillary Clinton's State Department. It’s irrelevant also to whether there is a nefarious connection of the Trump campaign to the government of Russia. Among rational people, opinions on any of these matters would not correlate with political orientation. Therefore, both Democrats and Republicans are provably and continually irrational. We ought to stop giving any of them any credibility whatever.

That you know from someone's political position what their opinions are about a host of facts, without even asking them, shows that such people have no commitment to the truth and that their procedures for generating factual beliefs are grotesquely irrational. Once some pundit, or you, agrees with your own political faction on a number of controversial or disputed factual matters, you should regard that pundit, or you, as forming opinions irrationally, for causes—such as social cohesion, or vilification of opponents, or self-esteem enhancement—that provide no reasons to believe that what they or you is saying is true.

One correlate of this is that the amazing political polarization of our society is leading a lot of apparently intelligent people to become real fools.

Note: I keep saying this is obvious or can be proven. Well, I proved it at some length here.

—Crispin Sartwell's most recent book is How to Escape, a collection of essays.