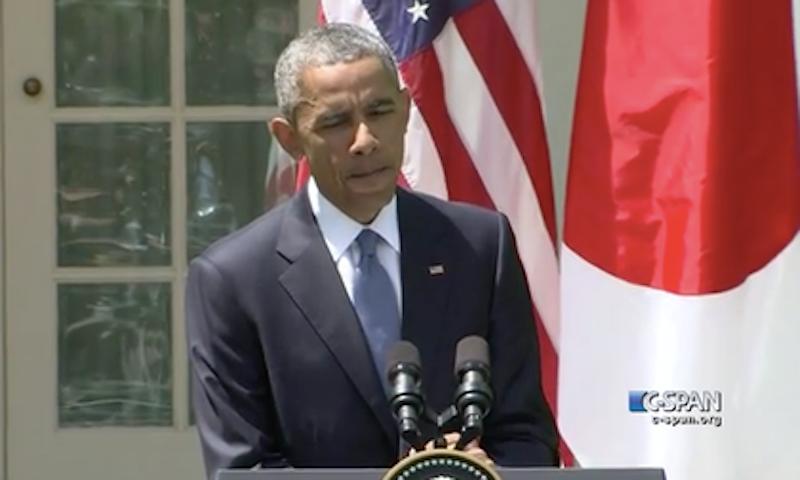 On Tuesday at midday President Obama addressed the nation: on Freddie Gray, on the Baltimore riots, on race in America, and on police brutality. He spoke for 14 minutes. I don’t have cable, but Googling for video of this address suggests that most non-C SPAN news outlets excerpted selectively, airing two minutes, or four minutes, or six minutes. Major disasters and tragedies occur all the time, and as is custom, President Obama will approach a podium within or somewhere on the grounds of the White House to offer a statement.

These statements are usually boring, except for when the disaster or tragedy involves the African-American community, when they become, frankly, fascinating. A tug-of-war erupts between Obama’s natural professorial mien and his experience as a minority, what he has to say and what he wants to say. You watch his eyes and gestures, plumb his inflections, parse his pauses. You really, truly consider him: the salt and pepper hair, the lines etched deeper into his face, the gravity of the job on his bearing; dude just looks tired.

Yet his idiosyncratic elocution is as much gift as crutch, a sort of internal velocity useful for moving through prepared remarks that he may or may not actually believe. Last November, as Ferguson, Missouri exploded in response to the Darren Wilson grand jury verdict, there was a pained, pinched quality to Obama’s rhetoric. On paper, it was a measured call for calm and sanity in a moment of unrest; on screen, there was a great deal of hesitation and the slightly dazed expression of a salesman on the verge of losing faith in the product he is selling.

Obama frontloaded Tuesday’s briefing with a denunciation of looting, but cogently made the very clear distinction between “looters” and “peaceful protesters” that many on the right like to pretend doesn’t exist. He drew out his vowels enough to overcome minor stumbles and erratas. He regrettably joined Baltimore’s mayor and Maryland’s governor in reintroducing “thugs” to a discourse that doesn’t really need any more people using the term “thugs.” There was the strident, slightly cynical political music of an executive calling for full accountability and task forces interfacing with communities - but then there he was on some Neil Postman shit, explaining to the media, through the media how the media was drowning out the positivity of peaceful protestors by endlessly looping footage of rioters.

So this was the president in a particularly interesting mode: a kind of explanatory auto-pilot that shorthanded racial insanity in America, implicated industry (albeit too briefly), threw shade at the idea that racial bias was a new problem and at the notion that a response to a particular situation in a particular city was capable of changing everything. He didn’t just blame police, or absentee dads, or politicians; he effectively blamed everyone for events like this. I mean, Obama actually said: “We’ll go through the same cycles of periodic conflicts between police and communities and the occasional riots in the streets, and everyone will feign concern until it goes away, and then we go about our business as usual.” A prelude to an entreaty to the populace at large, sure - an “it takes a village” thing - but sheer truth of that statement stung in the same way that the lingering budget crises, the Sandy Hook aftermaths, the filibusters, and every other indignity of governance of the last couple years has.

Obama was focused, but relaxed in a weird, wired way, his left hand in motion, a prop to drive various points (six of them) home. It was a detached yet engaging performance, full of truth and principle and the logical math of the better thinkpieces of the last few days - a far cry from the come-at-me-hater elan of my favorite Obama press conference in recent memory, though both certainly feature a president who has come to grips with the reality that he’ll be able to effect more meaningful change out of office than within its confines. As he spoke, insects and bugs screamed over the snaps of expensive photographic equipment. It was kind of amazing. I have to wonder how many people actually watched all of it.