How Do People Not Get “Black Lives Matter”? 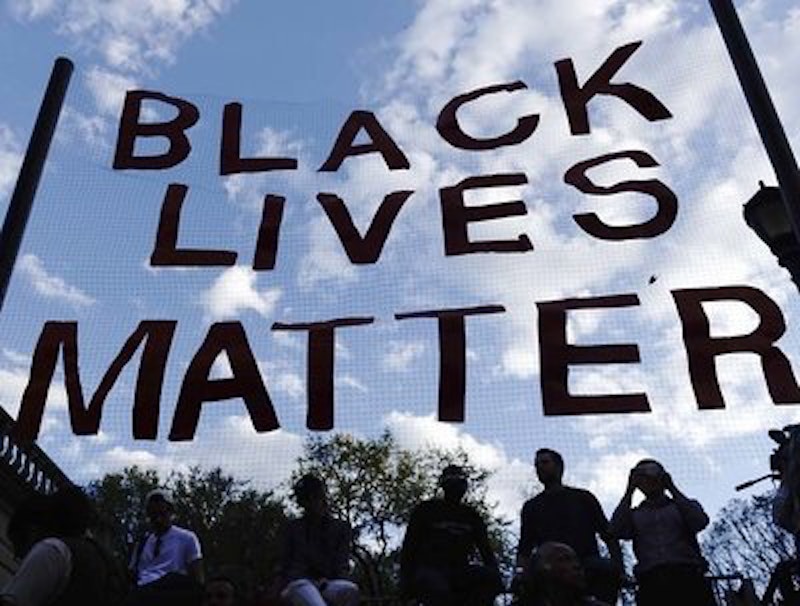 I find I have to make myself write these words. Here goes. Okay. I can’t believe that anyone could hear the phrase “Black lives matter” and think the phrase meant that only black lives mattered. There, it’s done, I’ve committed a cliché. Facebook memes tell you just what I told you, and probably they’re old hat. When the “Black lives matter” business comes up, it’s as a rallying point where people can declare adherence to a point of view. Being the five millionth person to do this is kind of cheesy.

In my defense, I don’t think this opinion of mine guarantees I’m on the right side of the race-outlook divide. Like many people I flap from one side to the other, from woke to whatever and back, carried by God knows what. Most often I think the group itself, Black Lives Matter, is a pain in the ass, which might be fine with them. But the slogan? To misunderstand it is to outrage words. The phrase reminds us that black lives aren’t supposed to be thrown away. Blacks shouldn’t get killed.

From the slogan’s context—it’s a response to a series of killings by police—you can extrapolate that the mattering of black lives ought to be especially front and center when the police are around, so that the police don’t terminate the black lives in question. But some people cook up another story, one where blacks looked at the killings and decided that the big thing to do, the pressing matter at hand, was to declare that blacks, when measured against the great yardstick of eternity, really counted for something and nobody else made a showing.

Such a declaration seems like a non sequitur. The group that does the killing might say only its people mattered. The Aryans under Hitler, for example, or American whites clearing out the Indians. But when a group is watching its people die, the group has something else to say: don’t kill us. I guess this sentiment registers with certain non-blacks as “Only our lives matter” because these non-blacks would like to say those words and no longer can. Times have changed. The killing still goes on, like the old days, but you can’t say what you used to. Instead you pretend the other guy is saying it.

Brand-new cliché.  It occurred to me that my thoughts about “Black lives matter” brought me near the dreadful “legitimately,” as in “I legitimately don’t get why people don’t understand,” etc. (Like any cliché, "legitimately" fills a need. There’s so much noodging and tugging of our loyalties and beliefs by means of Twitter, etc. Nowadays we need a word to signal that we’re speaking on our own account and not as representative of an opinion stream. I don’t think we should need such a word. I don’t think we had one in the old days. “Honestly” signaled candor and perhaps the setting aside of niceties. “Seriously, folks” helped comics switch gears from telling jokes to being pious. “Sincerely,” from the mid-century, separated heartfelt sentiments from pro forma ones. “Sincerely,” the young exec would say, and then he’d describe how the old man wasn’t just a crack claims adjuster but kind of a dad, really. But the idea was to let heart into proceedings where normally it might stay out: for instance, when a fellow in a suit got on his hind feet and spoke to other fellows in suits. “Legitimately” is there for any situation where an opinion gets voiced.

The word signals when a modern person is going to speak a thought, as opposed to an opinion or a principle. The thought, verbally expressed, may otherwise be identical to the opinion or principle. But “legitimately” lets us know that the thought flickered just now, there inside the skull. It fired and the lips moved because of it, or the fingers tapped. “Legitimately impressed by Fraser’s improved rebounds,” tweets a sports fan, because the plague extends beyond political creeds. Any damn thing gets talked to death by one group or another as they post and tweet. But race especially.