Opting out of Islam is not an option. 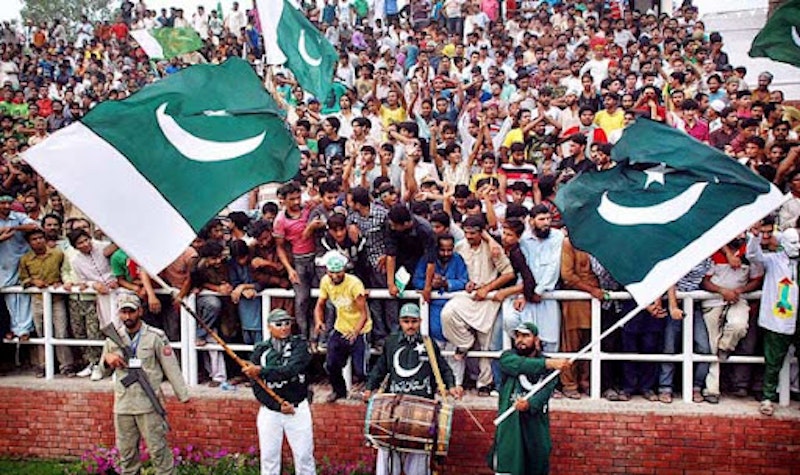 Bilal is a 23-year-old Pakistani who lives in the city of Rawalpindi. He’s a recent university graduate with an engineering degree, so he should be looking forward to starting a career, but there's a catch. He's lost his faith in Islam, making him a pariah in his own country. If Bilal goes public with his apostasy, the consequences would be severe, so I can’t reveal his full name. A Pew Research poll revealed that 76 percent of Pakistani Muslims support the death penalty for apostasy, so he holds this secret as he fakes prayer at the mosque several times per day. He praises Allah in conversations and, during Ramadan, he ducks into a private place—sometimes a bathroom—to grab a bite to eat.

Just a few years ago, life was much simpler for Bilal. In college, he was a militant Muslim who planned on joining Hamas, whose fighters say, “We love death more than the infidels love life.” Martyrdom is central to Islamic faith. Bilal’s brother is in the army and tells his family to pray that he becomes a martyr. Bilal was intoxicated by religion, and wanted to join the terrorist organization simply "to kill Jews." That would eventually lead to martyrdom, allowing him to bypass hell and go “straight to paradise," as he put it. Heaven is the place the Qur'an assures Muslim martyrs (men, that is) where 72 full-breasted virgins are eagerly awaiting their company.

The Hamas plan didn't materialize, and it wasn't long before Bilal lost his faith. He'd always been taught a very literal reading of the Quran and hadith, and considered himself a fundamentalist. If something was written in the canonical scriptures, he was a hardliner who'd never try to find a way around it to make life easier. But he found himself uncomfortable with the idea of Mohammed marrying the six-year-old Aisha, repulsed by the thought of his sister forced to marry someone old enough to be her grandfather. His parents and imam told him not to question such matters when he confided in them. Doubt is from the devil, they said. Bilal accidentally stumbled onto a website devoted to debunking Islam's dogma and couldn't resist the logic. When it finally sunk in that he was no longer a believer, it plunged him into a protracted period of existential despair that included a suicide attempt.

It was the hard division within the religion between Muslims and non-Muslims, Bilal told me, that contributed the most to his apostasy. He spoke of the constant repetition in the Qur'an and hadith of the theme that these two groups are separate, with Muslims superior. He remembers every Friday sermon at the mosque where the imam explained how Muslims were better people than the non-believers—the kaffir.

Bilal thinks it’s possible his family would kill him if they discover his secret, because they taught him as he was growing up that the apostate is to be killed, per Muhammad's command. He believes it's far more likely, however, that they’d lock him up and beat him until he reclaimed his faith. That way, the family business could stay private, and shame avoided. Still, Bilal describes his parents as “good people.”

Whenever he travels to his mother’s hometown, Bilal runs into a family member who’s trying to recruit him for ISIS. The family gatherings split into men and women sitting separately, and when the talk inevitably turns to politics this man will talk to him about how ISIS represents the fulfillment of a prophecy. He presents him with an impressive plethora of Qur'anic verses explaining how current geopolitical events are all connected to Islamic eschatology, and how ISIS fits into the grand scheme. At first, Bilal tried to deflect him by quoting peaceful passages from the Qur'an, but the recruiter responded that without waging war on evil, there can be no peace. Bilal told him that he's saving money to make a pilgrimage to Mecca that might reinvigorate his faith and perhaps turn him towards ISIS, but the money he's saving is actually to get him out of Pakistan forever.

Bilal has already made one unsuccessful attempt to flee Pakistan by faking a job offer letter from a U.K. company so his family would support a trip to England, where he's found someone who will try to help him relocate there. His father discovered the ruse, foiling his escape. Soon he’ll be expected to marry, but he can't bear the thought of raising Muslim children and living a lie. He’s working now towards his next opportunity to depart his country, where he's essentially a non-entity just beneath the surface. He's an actor playing a daily role that will eat him away little by little if he stays in Pakistan. His only hope is to slip away from his country and start a new life in a strange land. Holding a Pakistani passport is another barrier he faces in making it to the U.K., but he presses on. As Bilal puts it, “Pakistan is a hellhole for non-Muslims.”