Bitching, yes, but a fair fight. 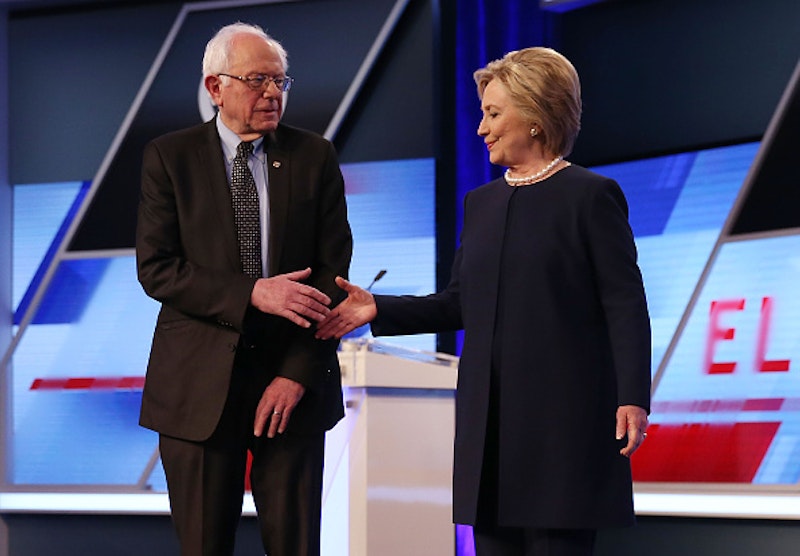 “Wikileaks Releases Hacked DNC Voicemails,” says the headline at The Washington Times, with a big photo of Debbie Wasserman Schultz. The article contains one striking sentence: “None of the messages listened to by The Washington Times contained anything immediately obvious as embarrassing or incriminating.” A fellow named Andrew received a lot of messages; people wanted him to call back. Not an interesting batch of voicemails. Even so, the Times managed the big headline and the photo of Wasserman Schultz. The confession about the story’s zilchness comes in the fourth paragraph. The first paragraph is this: “Another shoe has been dropped by Wikileaks.” Sounds like something, turns out it isn’t.

The 20,000 stolen emails, as opposed to the voicemails, do contain revealing material. To use the Times phrase, this material is “immediately obvious as embarrassing.” But the media pretends that this material is not just embarrassing but incriminating. The Washington Times would do so, naturally, since the paper is right-wing. But the MSM has joined right in. “Then there was the leak of DNC emails, which proved what Sanders had long alleged: The party was working to help Clinton defeat him,” says Dana Milbank at The Washington Post. Ben Swann, boxy-suited haircut at CBS News, announces that the emails “prove the DNC did in fact rig the primary to protect Hillary Clinton and to stop Bernie Sanders.” The Canadian Broadcasting Corporation does it too: one of their headline breaks mentioned casually that the DNC had worked to keep Sanders from getting nominated.

I suppose, if people are thinking strictly, “rigged” would mean the DNC’s alleged clandestine activities had actually turned the election, that Hillary became the nominee because of the DNC’s activities. Which would mean that the election had been fixed. But “fixed” doesn’t show up in the press. The alternative to “rigged” most often turns out to be “worked,” many notches down in heat. No suggestion is made that the election was turned, only that the DNC was trying. My theory is that the reporters would love to say “fixed,” that they settle on “rigged,” and that “worked” waits for them like a muffiny landing pad of the nonspecific.

But I don’t think any of the terms really apply. How many times have you heard about the Brad Marshall email? I mean the “peeps” email, where the Southern Baptist talks about showing up Sanders by getting a reporter to ask if he believes in God. It’s been Exhibit A, the press’ favorite evidence that the DNC wanted to kneecap Sanders. I first read about the man’s email in a Post round-up (“Here Are the Latest, Most Damaging Things in the DNC’s Leaked Emails”) that began by saying some of the emails indicated the DNC “was actively trying to undermine” Sanders. The first item, with a bold number one above it, was Marshall and his thoughts. That first time, reading the email quoted in the article, I thought, “You know, this really isn’t much.”

Read the emails. Marshall says it would be neat to do a particular mean thing. He proposes no way of accomplishing this thing, and he receives just one answer. This answer, apparently, is a joke: “AMEN!” The joke being that he was talking about Southern Baptists. Marshall does follow up on his first email, but that’s by adding the thought “It’s these [sic] Jesus thing.” Which looks like a joke too. Plus the chain’s subject line is “No shit.” Finally, Marshall is chief financial officer of the DNC. I bet he doesn’t take part in campaign tactics or ratfucking. From the looks of it, he does take part in bitching and venting.

The email dates from May 5, when Sanders had been landing on the DNC about its fund-raising arrangements with the Clinton campaign. As the race neared the finish line, Sanders had become louder about the DNC; the DNC wanted to get louder in return. The one result of this desire, at least that I’ve read of, was an attempt to get Politico interested in writing about the Bernie campaign’s disorganization, the idea being that his problems weren’t because of the DNC. Otherwise the friction produced nothing but explosive griping. “Damn liar… scummy,” Wasserman Schultz said of Jeff Weaver, Sanders’ campaign director. Of Sanders himself: “Spoken like someone who has never been a member of the Democratic Party and has no understanding of what we do.”

Sounds bad, but these are the sounds made late in the game. Where’s the evidence that anybody did anything to get in the way of the Sanders campaign, let alone that they got results? Google “worst DNC emails” and you get a sampling of word products suffering from fact deficiency. My favorite is from the nutbar Conservative Daily Post, headlined “5 Worst Emails From DNC Leak: Spread Them Everywhere You Can.” No emails are quoted or linked to. Instead there’s just the boilerplate: “showed prominent Democrats conspiring against Bernie Sanders,” for example, without even the Brad Marshall email as cover.

The debate schedule must’ve been fixed. But otherwise, what? One reads that the 20,000 emails were just the ones Wikileaks thought worthy of passing on. Out of who knows how many altogether, all we get is Politico doing an article and the CFO trying to be funny. Admittedly, that’s only as far as rigging, or conspiring, or working against Bernie Sanders is concerned. Right-wing sites are glomming on to crumbs that show coziness between Democrats and the press. Politico had a piece last week suggesting that the Clinton-DNC joint fund-raising committee was hinky, much as Sanders said it was. Some more material may get Wikidumped, and this material may have the goods.

But so far, no goods. Yet the press is doing its usual dance as if there were. After Whitewater, the Swift Boats, the non-betrayal at Benghazi, the non-persecution conducted by the IRS, and Al Gore’s non-claims of inventing the Internet and discovering the Love Canal, we now have the non-rigging of the 2016 primaries, a non-fact that gets treated as the real thing. People like its feel, I guess, even the semi-contented Sanders voters who go for the new platform. They see Sanders smiling in the stands as Hillary praises him, and they still think the primary was… not fixed, but rigged, or something. Something so that it doesn’t really count, even though there it is.

Think a little more and they’d have to conclude Sanders was a dickless chump, rolling over for a tampered election. But they don’t think a little more, they leave it at that. So does the press. Meanwhile, Andrew never calls.