With one sentence, she summed up the entire American culture in a twisted wording. 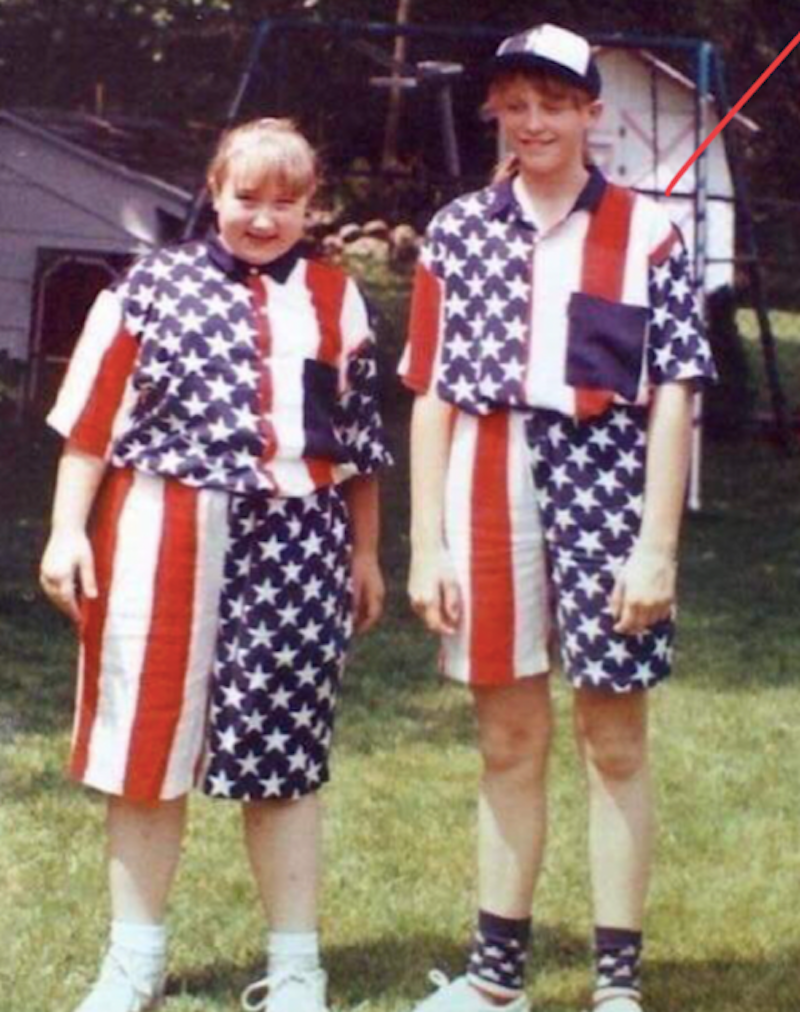 Call it a slip of the tongue, a stuttering flub made by the insignificant white GOP Congresswoman Mary Miller. A misspoken phrase (“a victory for white life”), giving praise for overturning reproductive rights. Feel it, the double-faced mix and match of words. With one sentence, she summed up the entire American culture in a twisted wording. Say what you like, mean what you say, it was a telling faux pas. When someone speaks out loud, what they’re actually thinking, they really didn’t mean to say that.

It sounded like some speech heard at a KKK, neo-Nazi, white evangelical or Republican fundraiser. Perhaps a sales convention? Not much difference. It’s hardly anything new. It goes on all the time, it’s the American Way.

Lately, 100-degree heat waves fry brains. The hot weather’s bound to affect your thought processes. Absolutely no connection to global warming. With the frequency of up-to-the-minute news flash, this just in, filling a bottomless pseudo-science glut of useless non-info. A greasy conglomeration clogging up the whole works. On the occasion of celebrations for another Independence Day come and gone. Fifty percent off all fireworks! That’s hot, but what’s hotter? Your brains are barbecued, low and slow, covered with a lot of gooey sauce that sticks to your fingers. Hey, it was meant sarcastically! Where’s your sense of humor hiding in that pea brain?

The Fall of American Values, stewing in a blind justice brand name taste test, slashing prices to the bare bones, deeper discounts on shoddy products made in America by all American immigrants and illegal aliens. Possibly manufactured in an alleged Third World country, and the little flag, labeled, made in the USA, sewn on right here in any town everywhere. Just in time to skip the annual Fourth of July celebrations. That crazed weekend of red, white, and blue group neurosis and mass hysteria to befuddle the senses of the numb, dumbfounded gimme crowd. Gawkers gaze hypnotic at fireworks displays, after gorging on mystery hot dogs, burgers, artificially-flavored buttered corn on the cob, and boneless watermelon. Add warm beer, gluten-free tater salad, saccharine sweet apple pie in the sky, false gods, ashamed mothers, and no country. Waiting in line for the carnival ride, crowds social distance mingle amid hot sweaty, people rubbing elbows. It’s a fine tradition.

Honoring inequality’s interdependencies cloaked in freedom rags. Draped in a polyester flag, caped superheroes, the American way of gaudy costume culture. Dressed up in patriotic birthday suits. Naked, afraid, and alone in the land of wannabe freebies. There’s nothing much to celebrate about this past Fourth of July weekend or any other holidays to follow.

The place where heavy hitters slouch out of Washington, DC to adjourn in Rome, with church leaders, on the way to Moscow, via every single little despot art of war destination along the way. Where dirty deals make for good business and the steel combo-lock briefcase bucks pile up, forever snowball’s chance in hell, rolling downhill. Slowly melting, Americano nervous breakdown syndrome. Sounds crazy, but that’s how it works. Fresh fodder for the war machine. Life is funny. Look out, it’ll kill you. A little PTSD to go with your patriotic fervor. A national anthem of glorious historic victory for white life. It’s okay, always been this way. The Brooklyn-born expat, Henry Miller, summed it up best during WWII. “America is immune to all appeals. Her people do not understand the language of the poet. They do not wish to recognize suffering—it is too embarrassing… Their fear of violence drives them to commit insane cruelties. They have no reverence for form or change: they are bent on destroying whatever does not conform to their pattern, which is chaos.”

This disorder keeps us going. To the names of war gods, another revolution unfolds. The next generation of soldiers loiters at the steps of democracy. Lingering long enough for the next war to commence. There are no victories in this war game. A self-perpetuating monster that eats itself, devouring everything, never satiated. Never satisfied. The hunger for power. The thirst for more. Some star-spangled banner waving in the distance. Fruited plains, amber waves of grain, purple mountains, blue balls. Bound and blindfolded at dawn’s early light.