The Media Says There's No Far-Left in the U.S.

Doubtful? A quick Google search will set you straight. 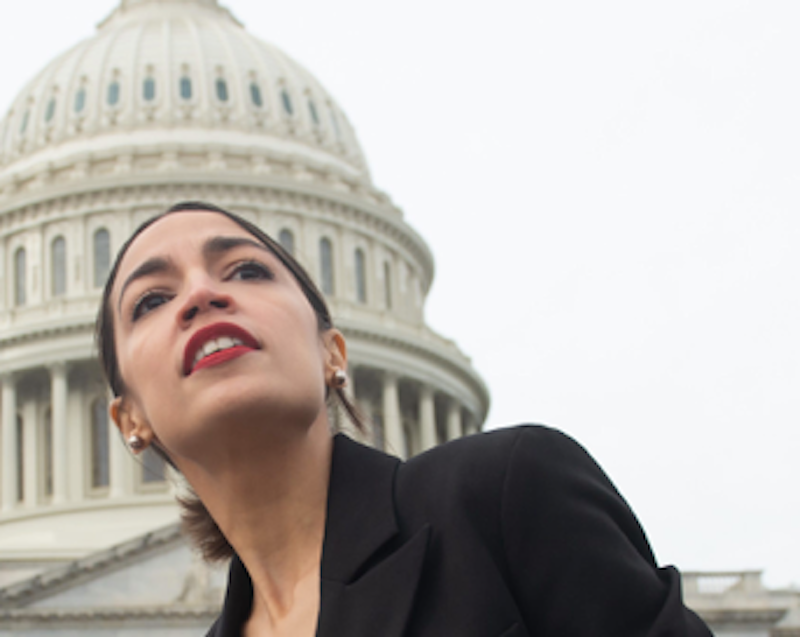 Every mainstream American media outlet refers to Colorado Republican Rep. Lauren Boebert as "far-right," a description I wouldn't refute. My quibble is that there isn't even one politician on the other side of the aisle that the MSM will refer to as "far-left." According to the media, there’s no far-left. Take Bernie Sanders, for example. In January of 2003, the Vermont senator signed a letter of support for Venezuelan strongman Hugo Chavez, which meant he was cheering on a humanitarian disaster—hyperinflation, violence, food and medicine shortages—in the name of socialism. That places Sanders squarely in the far-left, although not to the media. The New York Times has referred to him as the "lion of the left," but never as far-left. The self-avowed socialist also travelled to the USSR in 1988, before the Cold War had ended and praised the Soviet government. The next year, the then-mayor of Burlington, Vermont went to Cuba and praised its communist system. Imagine the media frenzy if Boebert travelled to Hungary to meet Victor Orban. The headlines: “Far-right American politician meets far-right European leader."

Minnesota Democrat Ilhan Omar once compared the United States to the Taliban, which isn't that unusual for her and others on the far-left. The entire "Squad" is far-left, a faction marked by their hatred of the United States. Even Abraham Lincoln isn't immune to their scorn. On Twitter, Omar called Lauren Boebert a buffoon, a bigot, and a liar. "Anti-Muslim bigotry," she continued, "isn’t funny and shouldn’t be normalized. Congress can’t be a place where hateful and dangerous Muslims tropes get no condemnation." Yet, in 2012, Omar tweeted, "The Jews have hypnotized the world," a sentiment drawing on an anti-Semitic conspiracy that reflects her far-left views. But The Guardian, in covering the Boebert-Omar story, referred to Boebert as "far-right" and Omar as "one of the first Muslim women elected to Congress." A Republican wouldn’t receive such deference.

With a quick Google search, I found that The New York Times, CNN, Yahoo.com, NBC News, and the Associated Press have all referred to Boebert as "far-right." But when I entered "AOC" and "far-left" into the search engine, the only two media outlets calling the New York congresswoman "far-left" were Politico and Fox News. AOC, who identifies as a democratic socialist, said this about capitalism in an interview with Yahoo Finance: "Capitalism at its core… is the absolute pursuit of profit at all human, environmental, and social cost is not a redeemable system for us to be able to participate in for the prosperity and peace for the vast majority of people." AOC wants to replace our current economic system—capitalism—with socialism, which makes her "far-left," just like Boebert's desire for a new form of government that's not legally separated from the church makes her far-right. AOC's certainly to the left of the Swedish economic model, which relies on capitalism more laissez-faire than the American model, so what would it take for the media to call her a far-left politician? She’d have to call for a violent social revolution, although that doesn't apply when the media is talking about the "far-right." The Associated Press called those claiming that the Jews were behind Covid "far-right," but those kooks weren't advocating violence.

I Googled "far-right" and "New York Times" and found headline after headline containing "far-right." When I substituted "far-left," I found one, with this headline: "The Far Right and Far Left Agree on One Thing: Women Don’t Count." When I substituted CNN for NYT, it produced no results. The Times piece was a good one by op-ed columnist Pamela Paul decrying the fact that far-left Democrats have gone so overboard on the trans issue that the word "woman" is verboten now. Some Democrats now believe that men can have babies. Many that don't believe that are afraid to admit it.

Paul points out that Planned Parenthood has omitted the word "woman" from its homepage. The far-left people associated with the Democratic Party now call women "pregnant people," "menstruators," "birthing people," and "bodies with vaginas," meaning that half the population is supposed to define itself in bizarre terms in order to please a tiny portion of the population—far-left trans activists who the media sympathizes with and refuses to call "far-left" because they don't want to suggest they're extremists like Lauren Boebert, which they are. The American Civil Liberties Union is now a far-left organization, but the media refuses to call it that. Once a staunch defender of women’s rights, the ACLU tweeted its outrage over the possible overturning of Roe v. Wade as a threat to several groups: "Black, Indigenous and other people of color, the LGBTQ+ community, immigrants, young people." Look who's not included.

When a word—"woman"—has been commonly understood for forever to be connected to genetics and biology, and suddenly (without even a debate) it's defined as a social construct, that's a sign of political extremism. One reason the media won't tell you that is their fear of the far-left, who they've been deluded into thinking occupy the moral high ground, thus making them beyond reproach. Also, their politics are much closer to the far-left than the far-right, so the far-left doesn't seem far away enough from them to be considered extremists. At the political center in the U.S., the distance is much greater, but good luck finding reporting from that perspective.