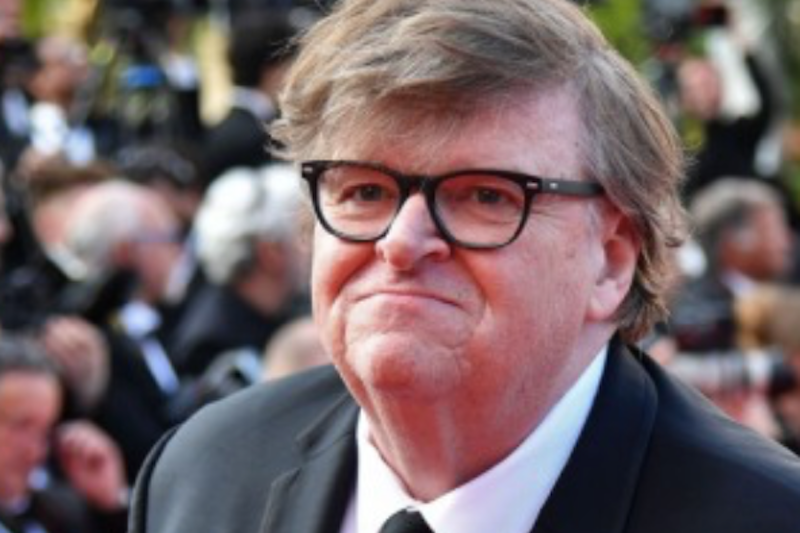 Celebrities can do a lot of good for political causes. They can donate and raise money. They can raise awareness. They can create art that educates and moves people to do better. They can inspire. That’s all valuable. But celebrities can also make political causes into an appendage of their own ego, encouraging their fans to revel in idolatry and reflected virtuousness, rather than taking real steps to change anything. Michael Moore’s recent grandiose proclamations about the destruction of abortion rights in the US is an unfortunate case in point.

Moore’s a documentary filmmaker who’s well-known for his dedication to progressive causes. This week he published a July 4 Substack post loosely based on the Declaration of Independence titled “My Declaration.” In the essay, he says, accurately, that the US is threatened by white supremacy. He also says, also accurately, that the Supreme Court, in Dobbs, by stripping women of abortion rights has  made them “second-class citizens with no rights to their own bodies.”

It's when Moore tries to suggest solutions to these crises that he runs off the rails. His solutions aren’t actually solutions. They’re boasts about how important Michael Moore is, and how Michael Moore is going to heroically save women, pregnant people, Black people, and everyone else who needs saving.

Moore “demand[s]” an end to mass incarceration. He “insist[s]” that all Republicans be removed from office. To attain these goals, he promises to talk constantly about the Dobbs decision at dinner parties. (Not joking.) He further says he will help organize a Get Out the Vote drive among his millions of social media followers.

And he promises to “lead a national strike."

Labor action against Dobbs and the ongoing effort to subvert democracy would be powerful. But such a movement needs to be led by workers and unions. Moore isn’t a union organizer. He’s a wealthy celebrity. Who asked him, a cis affluent white man who can’t get pregnant, to “lead” a national labor action to protest abortion rights? Does he think that sounding off on his blog is “leadership”? Moore makes broad claims about his organizing prowess. But his short post, obviously intended to go viral, doesn’t provide any concrete steps for anyone to do anything.

Moore could’ve linked abortion funds which are desperately in need of support in the current crisis—like the Chicago Abortion Fund, which will soon struggle to provide services to almost the entire Midwest. He could’ve pointed to key election races in November, like Democratic Gov. Gretchen Whitmer’s re-election campaign, which is vital for reproductive rights in Michigan.

But Moore didn’t do any of that. The only person Moore talks about is Moore. The only person he suggests you give money to is Moore—a note at the end of the post says you can subscribe to his Substack for the privilege of commenting on his Declaration. Some of those comments from paying contributors praise Moore enthusiastically. People feel helpless and angry, and feel inspired by Moore’s denunciation of Dobbs. Moore’s preaching to the choir, but the choir shows up because they need to hear preaching.

But nobody who’s really in the vanguard of resistance brays endlessly about how they’re in the vanguard of resistance. And no one who cares about helping people forgets to use their platform to really help people. There are ways in which Moore could use his celebrity to advance the cause of abortion rights. But if this is the best he offers, it might be better if he just got out of the way.