But liberals will suck it up and settle for HRC when the time comes. 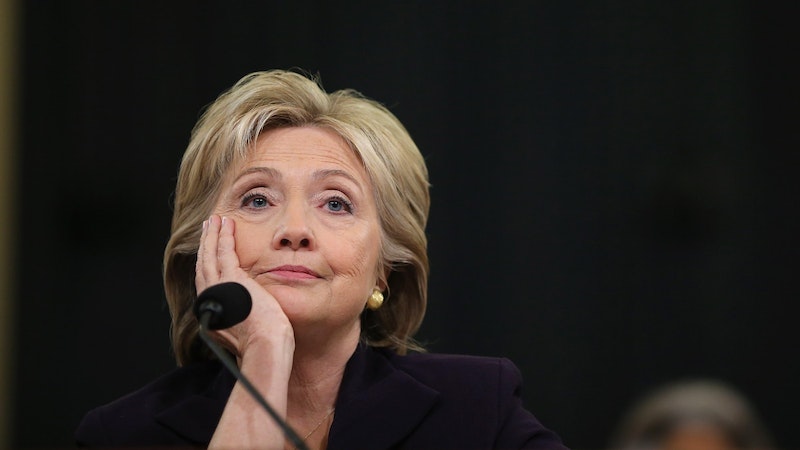 The results of the New Hampshire primary were exactly what we wanted after six months of insanity that built gradually: over the summer, Bernie Sanders was packing arenas while ignored by the media, and Donald Trump dismissed John McCain’s status as a war hero “because he was captured”—a remark that would’ve ended anybody else’s campaign and career. Countless more eye-popping and gut-busting insults followed—Megyn Kelly: menstruating; Carly Fiorina: ugly! (Rand Paul, too); Barack Obama: Muslim; Jeb Bush: loser; Ted Cruz: pussy, Canadian (and probably a fag). Throwing a reporter from Telemundo out of a press conference? Mimicking a reporter with cerebral palsy? Love it! Politics is fun! Trump’s crass persona is an accurate reflection of our public discourse. Actions speak louder than words, and Trump’s repugnant campaign has been a long time coming: Rep. Joe Wilson screamed “You Lie!” at President Obama in 2009. Why has the press and the left been so flummoxed by Trump’s success? It’s the capstone to 16 years of institutional deceit and disrespect.

Trump’s campaign is as much a repudiation of the Bush years as the Obama’s tenure. None of his competitors strayed from the safe path of suggesting that Obama is a Muslim and an illegitimate president. Even though Trump parroted the birther movement nonsense, he’s a true believer only in himself, and it’ll only take one cocktail party or gala event to come out in favor of LGBTQ rights. Ted Cruz and the rest of the candidates are hacks, throwing the God horseshit against the wall and hoping it sticks. Every firm Sanders supporter shouldn’t be scared of Trump—he’s amenable to compromise and dialogue. But if a Cruz, Marco Rubio or even a John Kasich (portrayed as a moderate although he’s viciously homophobic and anti-Planned Parenthood) gets elected, they’ll have Congress behind them, and we’ll be back in the doldrums of the Bush years.

My biggest concern is how damaged Hillary Clinton is after the primaries, if she’ll erode her support in a war of attrition against passion candidate Sanders. It’s not just young people that feel the Bern—Clinton lost every demographic in New Hampshire except people who make $200,000 or more a year. The Bernie vs. Hillary memes being circulated are cementing her as a Romney-esque figure in the minds of Millennials. They’re not sexist: Hillary isn’t lampooned for her gender; rather, it’s her insincerity. Like Mitt Romney, she shifts positions, whatever the issue. That rings hollow in the idealistic ears of left-leaning voters. But there’s no way Sanders can carry more than a handful of states in a general election against any of the Republican candidates, especially Trump. Feel the Bern for as long as you want, but get ready to suck it up and vote for Hillary to prevent another dark ages.