Fourteen Loves for the 14th 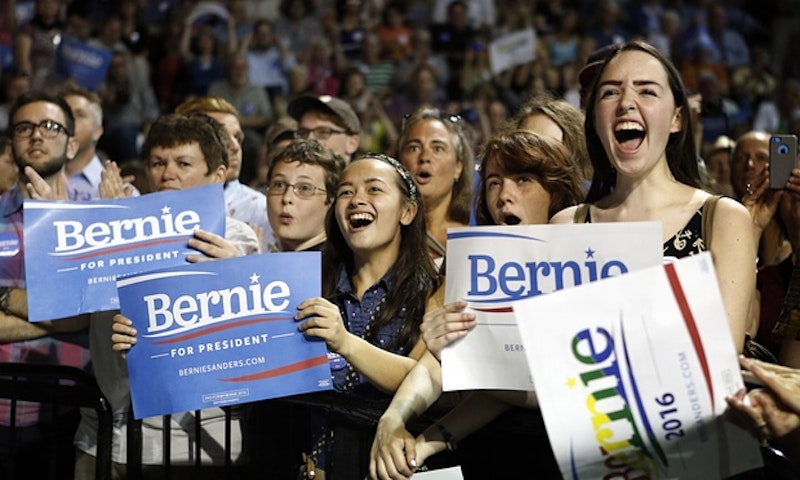 I’d like to dedicate this column to a wonderful couple whose time together—though not their love—ended with the male’s death very recently. Free-market-friendly writer William Tucker leaves behind his wife Stephanie Gutmann, also a political writer. William wrote for, among other venues, New York Press, run by Russ Smith back in the days before Russ started Splice Today. I was honored once when one of the Press’ numerous angry letter-writers accused William and me of being the same person writing under two different names.

I’m pleased I got to see William one more time at a gathering celebrating his amusing recent book about using Charles Atlas exercise routines to help him cope with cancer. That also gave me a chance to meet William’s smart son and various friends of the family. I hope this list of 14 random love- and gender-themed thoughts won’t be seen as a disservice to his memory.

I love G. Willow Wilson’s commitment to the nerdy art of comics-writing, though like many people I’ll always think that a white American woman from a liberal college converting to Islam right after 9/11 is weird—perhaps especially because she is an ardent feminist yet manages to find convoluted ways to blame Western influence for Islamic sexism. You don’t have to be a bigot to think that’s odd. New York schools may be thinking along similar lines, claiming to see a feminist angle in asking students to wear hijabs.

I love Gloria Steinem having the courage to say young females on the left who like Bernie Sanders may just be boy-crazy—chasing after purported “Bernie bros,” I guess. She’s right to question the political judgment of twentysomething females—the most naive, hormonal, inexperienced, dependence-prone, and irrational subset of the adult population—but it’d sure be nice to see her admit that this contradicts half the things she spent the 1970s saying.

I love the youthful anti-Hillary Clinton trend, in any case: In New Hampshire, twentysomething-ish women went for Sanders over Clinton 87 percent to nine percent. I suspect they’d still say they are very much feminists, but perhaps feminism teaches women to depend on socialism and daddy figures after all.

I love Rachel Kramer Bussel for taking the time to ask young female voters (and non-voter Lucy Steigerwald) about Hillary Clinton and specifically whether they care about Bill’s sexist behavior. Not much. Doesn’t seem to be helping her, though.

I love the Centers for Disease Control being rational enough to send out a reminder that alcohol excess could lead to unplanned pregnancy (and plenty of other unwise decisions, as I thought we all agreed) and am baffled that responses have included a) outrage and b) a snotty, anti-male parody response saying (in a complete non-sequitur) that males should not drink if they’re going to have any contact with females. So the left is now opposed to educating people about avoiding unplanned pregnancy? Is that going to be the next ironic full circle the left does?

I love that professor who got fired for trying to help kids adjust to their biological sex instead of encouraging transgenderism, brought to my attention by Gerard Perry. You know, young people (and your academic enablers), this may blow your fragile little minds, but we Gen Xers did know about sex-change operations when we were kids, as did our parents before us. You know what our Stone Age reaction was, way back in the benighted 20th century? No one gave a shit. You could’ve inherited a world just as calm, cool, collected, and tolerant as ours, but you opted to flip out about every little thing instead.

I love Roosh, the anti-feminist blogger who is the purportedly “pro-rape” villain-of-the-week despite his protestations that he’s merely a pick-up artist who wrote one satirical item about rape among countless other pieces—whereas anti-capitalist screed-spewer Matt Taibbi and professional libertarianism-basher Mark Ames sure seemed to flat-out admit to actual rape in their own writings years ago, and they get a pass from the left, of course. (Elizabeth Nolan Brown feels some sympathy for Roosh, Abby Ohlheiser and Caitlin Dewey less.)

I love feminists in their century-ago form, merely asking for legal equality with males, as is their right. Like the 80 percent of the population that doesn’t consider itself feminist, though, I’m less fond of feminists when they behave like obvious political bullies, knowing full well they’ll usually get craven deference in response, due more to misguided chivalry than persuasion by their arguments. And I like them still less when they engage in what can only be called chauvinism, treating their sex like a tribe that deems itself superior to the only other one in the land—an attitude that would make them fine Nazis.

I love pointless, destructive infighting among feminists, since it at least exhausts them—as with the recent trend toward insisting that white feminists shouldn’t even speak. Perhaps, to use one Huffington Post columnist’s construction, whites should be too busy engaging in “racial self-wounding” as penance for past crimes to weigh in on modern, intersectionally-feminist issues. That sounds healthy. Does anyone even care anymore that I never owned slaves or, say, voted for Jim Crow? Do we no longer matter as individuals, only as, well, members of a race? Are you sure that’s how this liberalism thing was supposed to play out?

I love John Althouse Cohen for pointing out that feminist Simone de Beauvoir, a feminist hero and Stalinist, said (in an interview with Betty Friedan), “No woman should be authorized to stay at home to bring up her children. Society should be totally different. Women should not have that choice, precisely because if there is such a choice, too many women will make that one. It is a way of forcing women in a certain direction.” When I object to hasty absorption of feminism into libertarian thinking, it’s in part because the first pair of libertarian female writers I ever noticed praising feminism were specifically praising this totalitarian monster. Don’t tell me she was an ally of liberty.

I love the rapidly-growing cadre of free speech advocates who recognize that the core contemporary feminist scam is this: Only by confessing weakness and sorrow can you stay on feminists’ good side—but it’s only women who will truly be applauded by anyone, feminist or otherwise, for confessing weakness. Men will be condemned as whiners by feminists and as unmanly by traditional, mainstream culture. Men cannot speak and win if they do so within feminist guidelines. Women can say whatever the hell they want and will receive in response either female solidarity or male consolation. Men may as well express strength and humor, then, and give up worrying what the feminists think.

I love the way this Wikipedia page has become a repository for all manner of newly-invented genders, if we decide that we need more. The main lesson I draw is that of the countless genders that exist, most came into existence in 2014.

I love comics and see that Jughead has just come out as asexual. Yes, Jughead.