Hey, Jonah Goldberg. Is This a Battle for National Survival or What? 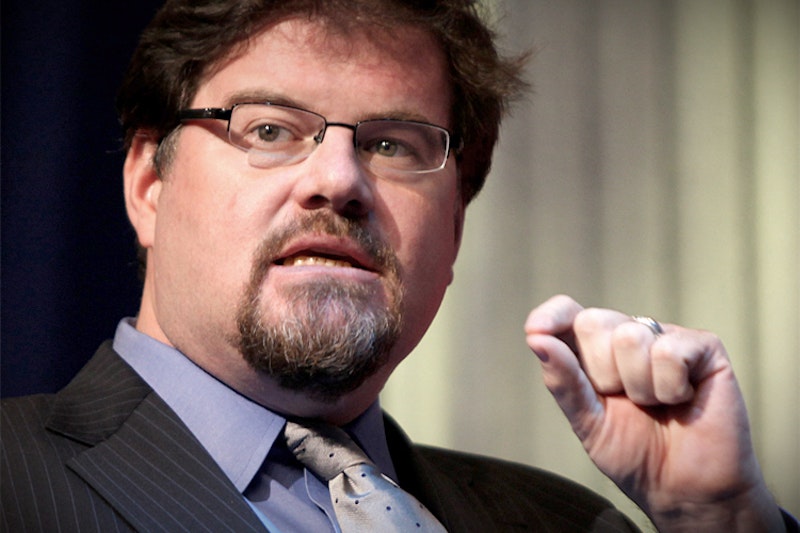 Dennis Prager did a mean thing: he took Jonah Goldberg at his word. Years ago Goldberg wrote a book saying that fascism had heaved about and gone through some changes and finally emerged as today’s liberals. Dennis Prager, a fellow writer for the National Review, wants to know why Goldberg snipes at Donald Trump when Trump’s fighting fascism. Goldberg’s response never says. In fact, the words fascist and fascism appear nowhere in that response.

Goldberg does get technical about what counts as a civil war. First, Prager tells us the anti-Trumpers on the right “do not believe that America is engaged in a civil war, with the survival of America as we know it at stake.” Goldberg fires back. “The dictionaries and textbooks say a civil war is an armed, organized conflict between citizens of the same country,” he says. Then, lip curled puckishly: “For example, the American Civil War was, well, a civil war. By that standard I don’t believe we are engaged in a civil war. If Dennis had used the phrase ‘culture war’ or some such, I think he’d be entirely right. But he doesn’t, and I think that is unfortunate.” Here’s a word that Prager used: survival. By Goldberg’s own account, his colleague is “entirely right” that the battle against American liberals is a battle to keep America, the real America, from being destroyed. If so, Prager raises a good question. Why does Goldberg scoff at Trump and fuss with his dictionary when America is fighting for its life? Trump battles the liberals, and the liberals hate him. If Trump goes down, the liberals have a good shot at governing America, and the liberals are fascists—Goldberg told us as much. But now he’s looking off regretfully because Prager said civil war and not culture war.

I’ve never read Goldberg’s Liberal Fascism. Some day I will. The topic’s kicky, the book’s short, and Goldberg writes nice prose. But two obstacles loom before me. First, the book’s subtitle was originally meant to have the phrase “From Hitler to Hillary Clinton.” After several rounds of bad p.r., this wilted into “From Mussolini to the Politics of Change.” Better late than never, I suppose, but still—what an atmosphere it suggested. Second, I read the book’s jacket flap and found a passage along these lines: “A fascist used to be a brownshirt. But today’s fascist is an education major from Brown.” We’re trusting to my memory here, but I’ll swear to the content of the foregoing, especially the bit about Brown and the education major.

I’m bolstered in this confidence by the Prager-Goldberg exchange. How shall I put this? Goldberg said somebody was 100 percent right that the country was battling for its survival, and Goldberg said this without even noticing that he said it. The content of his remark never registered with him. Somebody might be right or wrong for saying the US is fighting for its survival. But if you say the person’s right, you’d better act like it matters. Liberal, fascist, “survival of America as we know it”—the words flap about until a pleasant, doomy thrumming sound is produced. But don’t take them seriously. Jonah Goldberg doesn’t.