A Journey to Concord 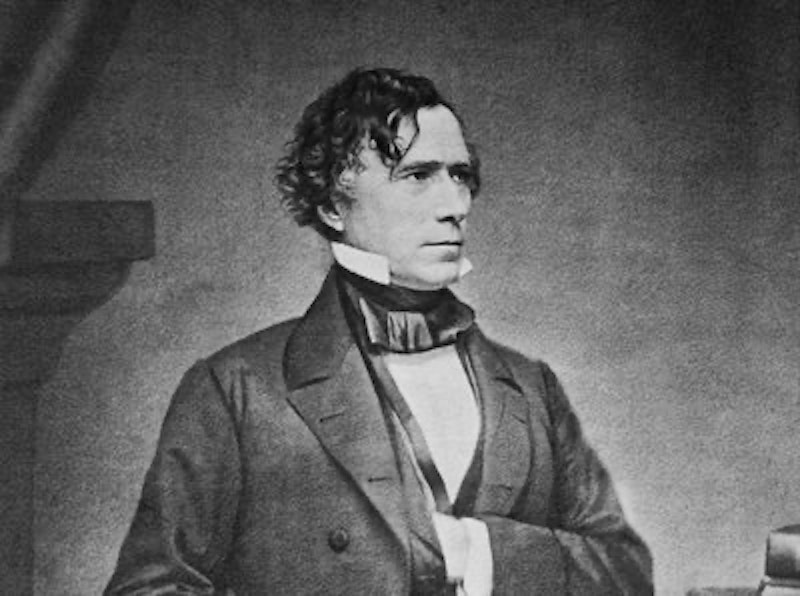 New Hampshire’s House of Representatives has 400 members, elected every two years. They’re paid $100 a year, as written into the State Constitution in 1876.

Last week, I ran into my state representative, Marjorie Porter, in the produce aisle at Shaw's, the local big supermarket. She suggested I think about running for state representative with her next year in a two-seat district, Hillsborough County 1st District, which comprises the towns of Antrim, Hillsborough, and Windsor. The other incumbent state rep is a Republican who as far as I know ran largely because he dislikes Marjorie. Personal dislike of someone is never a good reason to run. So he’s stuck in a $100 job with a colleague whom he dislikes. Probably not a smart move.

So, at Marjorie's invitation, I recently attended a morning meeting of the House Democratic caucus at the State House in Concord, was introduced as a prospective candidate in Hillsborough County 1st District, and received a burst of applause, which is always pleasurable. She then took me across the street to the State House and up to the Visitor's Gallery, after which she went down to the floor.

There were some empty seats, most with as much sitting space as a new United Airlines seat, though without the potential thrill of being beaten by the Chicago police for refusing to move. After the usual stir and murmur on the floor, such as one hears at the theater or a concert, the House was called to order.

The Speaker, Mr. Jasper, was impressive: fair and patient, firm in enforcing the rules of procedure, particularly those requiring one member to refrain from personal abuse of another, and knowing just how much rope to allow a long-winded orator before cutting him off. His politics are not mine, but one should always enjoy seeing a professional at work, much as one might savor a good wine.

So I watched the business of the House unfold, hearing my name called as a guest of Mrs. Porter and rising to much applause (as did the firemen and groups of high school students also present in the gallery), and then watched legislation move forward. There were few surprises, as the Republican majority is fairly disciplined.

The major threats to that discipline come from the far right, which has about 39 votes on the floor and dislikes the Speaker for reasons of ancient history that I won't discuss here. From time to time, they even vote with the Democrats, which means that legislation desired by the Governor or the Speaker can be defeated. That didn't happen on Thursday.

A bill came before the house to establish fetal legal personhood from the 20th week after conception. An articulate far rightist offered an amendment to establish such personhood from conception itself. He got only the 39 votes. In a frugal state, probably even some pro-lifers don’t want the taxpayers to pay for re-litigating Roe v. Wade.

Anyway, around 12:30 the Speaker recessed the House, inviting everyone to his ice cream social on the front lawn. I thought he was being facetious, but he was entirely accurate. There were hot dogs and ice cream as well as jugglers and other amusements. Well, I don't eat that sort of stuff anymore, but I wandered about the lawn, chatting with a few other representatives whom I know, overhearing one Republican proudly proclaim, "Well, I introduced that bill to fuck the left," and finally paused before the statue of Franklin Pierce, 14th President of the United States, and in my wife’s opinion the handsomest of the lot.

He was born about five miles up the road from us in Hillsborough, where his father's house is a national monument. Pierce was from all accounts a friendly, likable man of enormous charm. His father, General Benjamin Pierce, was an old Revolutionary, one of those for whom the cause of independence meant the creation of a new kind of society. In his son’s most recent biography, Dr. Peter Wallner recounts the General’s narrative.

He was living with his uncle Robert on his farm in Chelmsford, Massachusetts. On April 18, 1775, the 17-year-old was plowing his uncle’s field when word reached him that fighting between British soldiers and colonists had broken out at Lexington. Benjamin Pierce later recalled, “I stepped between the cattle, dropped the chains from the plough, and without further ceremony, shouldered my uncle’s fowling piece, swung the bullet-pouch and powder horn and hastened to the place where the first blood had been spilled, but finding the enemy had retired, I pursued my way toward Boston, but was not able to overtake them till they had effected their retreat to the garrison. The next morning, I enlisted…”

He served in the Continental army for the next nine years. He fought at Bunker Hill, entered Boston with Washington’s army when the British evacuated the city in 1776, and served under Benedict Arnold at Ticonderoga and Saratoga. He wintered at Valley Forge. He was in command of a company with the rank of Captain when he was finally discharged from service in February 1784. Then, as now, rising from the ranks to an officer’s commission is an achievement.

Captain Pierce moved to New Hampshire. A Jeffersonian Democrat, he was elected to the state house of representatives for 13 consecutive terms, then elected to the Executive Council (one of the plural executive bodies of which New Hampshire is fond), and in 1809 elected sheriff of Hillsborough County. Amidst all this, he was active in the state militia, eventually rising to brigadier general. In 1813, he was impeached and removed from the shrievalty by a Federalist Governor and General Court (the state legislature’s formal name) for the high crime and misdemeanor of permitting one of his prisoners, a fellow soldier of the Revolution, “the freedom of the yard,” which meant permitting the man out of his cell to walk about an enclosure. The prisoner’s offense was being a poor debtor, whose debt had only been increased by the expense to the taxpayers of keeping him in jail.

The people elected Benjamin Pierce an Executive Councilor at the next election, which suggests they did not share the opinions of the Governor and legislature. The General was later elected sheriff again and served two terms as Governor of New Hampshire.

His son Frank’s looks and personality were the making of him, though he had the intelligence and eloquence to back them up. He was elected Hillsborough town moderator (the fellow who presides over the annual town meeting) at 21; state representative at 25, speaker of the State House of Representatives at 27, U.S. Representative at 29, U.S. Senator at 32, and then returned home to practice law and become boss of the state Democratic Party. In the midst of all that, he raised a regiment for the Mexican War, where he became a general. He was a competent soldier and his military career, though not glorious, was honorable. U.S. Grant, who knew him during the war, wrote of Pierce in the Personal Memoirs, "He was a gentleman and a man of courage."

He was also one of the leading lawyers in the state and a passionate champion of religious liberty, taking on cases without fee on behalf of the Shakers and other religious minorities. When presiding over the state Constitutional Convention of 1850, he fought and failed to remove the state’s religious disqualifications: until 1876, as a non-Protestant, I would have been disqualified from public office in New Hampshire.

I’ve a weakness for Frank Pierce: he was a delightful man, one who made and kept friends throughout his life; a good husband; a fine lawyer; as President, he proved brave and incorruptible, his administration was marked by no major scandals, no one in his cabinet was on the take (uniquely, they all served throughout his administration and parted as friends); and he accomplished a few things.

Yet he failed, for he tried to square the circle on slavery. Without finding slavery moral, he knew it both legal and Constitutional. He accepted that. Moreover, he saw the Democratic Party as the only national, non-sectional party and thought party unity at all costs, including accommodating the Southern pro-slavery Democrats, essential to the preservation of the Union.

The lunatics on each end of the spectrum became progressively more powerful during his administration. His party dumped him at the 1856 convention for the despicable James Buchanan. Dr. Wallner subtitled the second volume of his Pierce biography Martyr for the Union, a line from one of the President’s private letters. Pierce wrote that without self-pity. He would’ve given anything to preserve the nation of which his father had been a founder, and for which he had fought himself.

The Establishment historians evaluate this 19th-century man by 21st-century standards. That seems unfair to me. L.P. Hartley’s opening line in The Go-Between comes to mind: “The past is a foreign country: they do things differently there.” But his stance on slavery, which he shared with most of his politically moderate contemporaries, damns him. So Pierce is ranked among the bottom five, usually just below Warren Harding and above Andrew Johnson, with Buchanan having finally, and justly, settled into last place.

Perhaps Pierce was a failure. Most of us are.