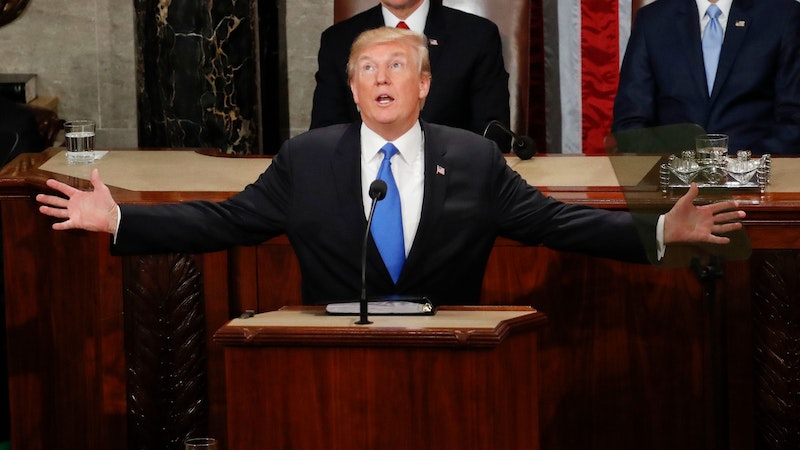 A month into 2019 and a second Trump term looks likely. An avalanche of unforced errors—from Ralph Northam’s bizarre blackface denial-apology-denial and apology combo to the late-term abortion bill proposed by Andrew Cuomo in New York—have clogged cable news chyrons and social media streams. None of the half dozen candidates who’ve already announced runs in 2020—Elizabeth Warren, Kamala Harris, Bernie Sanders, Kirsten Gillibrand,  Cory Booker, Tulsi Gabbard—have avoided a drubbing from supporters of their competitors. Harris is a cop, Warren is Hillary 2.0, Gillibrand is bootleg Warren, Gabbard is a homophobe, Booker’s a joke, and in the words of a caller overheard in a cab on right-wing radio last week, “Bernie Sanders will only get you so far.” I’m afraid he’s right: if Bernie really goes through with this, it’ll be a repeat of 2016 but even worse, with the circular firing squad leaving everyone dead or too damaged to compete in the general election against… Donald Trump.

He’s going to win again. Russia? Let me know when Mueller actually nails “Individual 1.” The economy’s okay, but Trump voters are mad about their tax returns. They’ll forget. Somehow no one can see the forest for the trees but Donald Trump (unintentional though his “strategy” may be). Despite all the scandals, delusional and embarrassing behavior (Sean Spicer ordered to scream lies about the size of the 2017 inauguration, Trump’s address to the UN, his secret meeting with Putin in Helsinki), and comments ranging from mildly inappropriate to unbelievably insane (“the body has a finite amount of energy”) and vile (“shithole countries”). And still sometimes his candor is blunt but incisive (the wars in the Middle East amounting to nothing more than “sand and death”). So much is made of his endless insecurity and paranoia, and it’s an open question whether or not he’ll make it to 2020 without being impeached or at least challenged in the primaries.

Two days ago, leftists went after one of their own, the great Barbara Ehrenreich, for joking that crypto-fascist clutter eliminator and book-burner Marie Kondo learn to “speak English.” Splice Today contributor Noah Berlatsky couldn’t resist getting in on the vulture’s feast, unable to resist the bait to criticize and cancel someone on Twitter. You too, Bernie? Anyone could’ve seen the Hillary vipers coming, but my man has been fucking up lately. He brusquely dismissed any awareness or import to the sexual harassment claims within his 2016 campaign on CNN, and last night he gave his own response to Trump’s State of the Union, hogging the spotlight from Georgian martyr Stacey Abrams. We all know Bernie has a problem with black voters, and now he’s sucking the oxygen from an aggrieved black woman who barely lost a gubernatorial election in November. Why, Bernie?

Each prospective Democratic candidate has their 20 or 30 percent of solid supporters, and they’re already slicing each other up. I lost all hope in Kamala Harris when I heard that she hired Hillary Clinton’s 2016 PR team for her campaign. I can’t see the nominee being anyone but Warren, and even though the Bernie people can largely get behind her, in the general it’s just going to be Hillary all over again. She’s already tried to play Trump at his own game with the DNA test, another serious knock against her judgment and touch with reality. I can’t think of anything Trump could do that would hemorrhage his base. Maybe he should try shooting someone on Fifth Avenue just to see what’ll happen. I’m sure someone in the #Resistance would be happy to volunteer, a martyr for no one, another headline that’ll be washed away in a day.