He Isn't Going to Win Again

It's easy to dismiss primary candidates as unexciting or flawed. But every candidate is flawed. 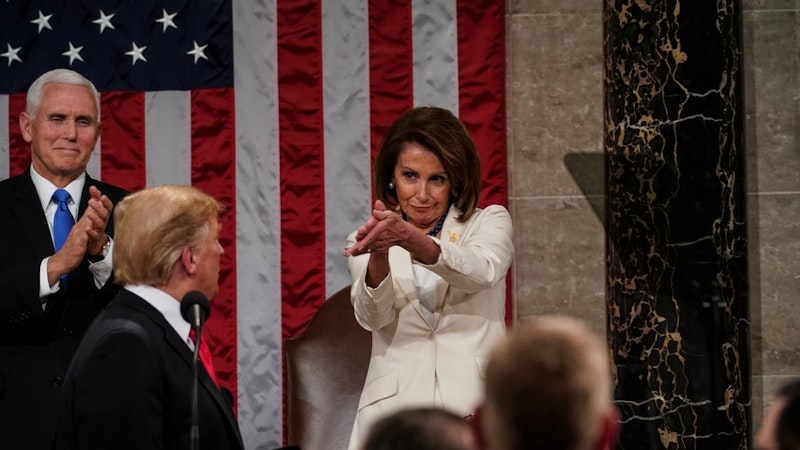 "He's going to win again" Nicky Smith wrote at Splice Today yesterday. Smith's article is less an argument than a cry of despair. None of the 2020 Democratic candidates are inspiring enough. Ralph Northam, Democratic governor of Virginia, is embroiled in an ugly scandal over his former use of blackface. Various people (including me) criticized old school left writer Barbara Ehrenreich for making a bad tweet. Democrats (even Bernie!) are not pure of heart and perfect in every way; we haven't settled on a presidential challenger yet.

I understand the terror. Trump is an ongoing, rolling disaster, spewing bigotry and cruelty from the most powerful office in the world. Removing him is imperative. The Democrats lost to him once; we don't that to happen again. But where is the pure, populist Democratic leader, filled with nobility of purpose, who’ll fuse the electorate into a single perfect sword with which to slay the dragon? Where is that hero behind whom we can all unite? We have less than two years and we're bickering on Twitter!

But democracy isn’t really about producing pure heroes. Politicians are flawed; so are their constituents.  If you're looking for a shining knight to slay the dragon, you're going to be disappointed. Still, Democrats haven't done badly since 2016. Trump's popularity has been in the mid-30s to low-40s for his entire time in office; his disapproval is even worse, mired in the mid-50s. Those are dreadful numbers, especially given the fact that we haven't had a recession or lost a war, the two things that reliably make president's unpopular.

Dislike of Trump has, predictably, translated into major electoral wins for Democrats. Republicans took a drubbing in 2017, managing to lose a Senate seat in Alabama, one of the reddest states in the union. 2018 was even more brutal, as the Republicans were crushed in the House, which flipped to Democrats. The GOP lost a series of key races, including governorships in Wisconsin and even Kansas. Democrats did lose seats in the Senate, but it wasn't the debacle that could’ve been expected given the difficulty of the map for them this year.

Doing well in 2017 and 2018 doesn't guarantee victory in 2020. But signs look promising—which is precisely why so many Democrats have jumped into the primary race. With so many people running, there's going to be a lot of intra-Dem criticism and jockeying. But that's positive. The primary process is meant to vet candidates, and push them to explain their records.

It's easy to dismiss primary candidates as unexciting or flawed. But every candidate is flawed. Trump in 2016 was a corrupt reality television star who boasted about harassing women. People insist that none of that matters because he won. But it mattered in 2017 and 2018, and it may well matter in 2020, too. Tearing your hair out because Elizabeth Warren doesn't look like a winner is just tearing your hair out because she hasn't won yet.

Democrats shouldn’t be overconfident. Incumbents have an advantage, and Trump's poll numbers may get better. But premature despair isn't helpful either. The Democrats, whatever their failings, are in much less disarray than Republicans, who just shut down the government for weeks because they can't agree on Trump's signature policy, the (useless, racist) border wall.

The republic isn't going to fall because people noted that Barbara Ehrenreich wrote a bad tweet. Democrats aren't doomed because they are engaging in a normal primary process. Trump isn't guaranteed victory forever because he was victorious once. We're living through a very disheartening time. But Trump hasn't won reelection yet, and we don't help anyone by insisting that his second term is inevitable.