A Tour Through Western Thought 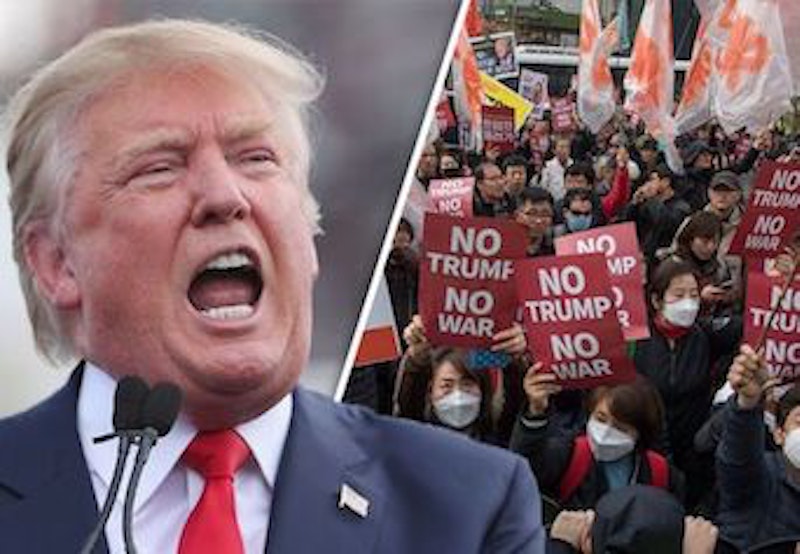 If you wondered why Bernie Sanders took heat for how little specific attention he paid to minority groups, although his economic policies apply equally to all people in certain tax brackets, then American political scientist Francis Fukuyama’s latest book, Identity: The Demand for Dignity and the Politics of Resentment,  offers plenty of insights. If you suspected that more than economic anxiety motivated Trump supporters, the Stanford scholar has clues. The author’s not a Trump fan, but he's not pointing a finger at just at one side.

Although Fukuyama had already spent time thinking and writing about the decay that democratic institutions have experienced as various interest groups encroach upon their power, the 2016 presidential election still took him by surprise. In the book's preface, the author states that he wouldn't have written it had Donald Trump—who he mentions in the same breath as Hitler and Caesar—not won. These three whirlwinds of unquenchable ambition, asserts the author, are prime examples of the danger of thymos in a liberal democracy. Thymos is the word Socrates used for the part of the soul that hungers for recognition. Plato posited that thymos is the psychological origin of all political action.

According to Fukuyama, thymos, which exists independently of the other two components of the soul—desire and reason—is at the heart of identity and identity politics. Humans crave positive judgments about their worth and dignity. Those judgments can come from within, but more often from external sources, given that people can’t exist exclusively in their own in-group. Trans people, long an invisible segment of society, have just recently created an identity movement that gives them pride. Trump voters, concerned that their culture was being eroded by outside forces (i.e. multiculturalism and immigration) now have their MAGA hats to rally around.

As the demand for recognition is an inherent human trait, the author notes that people can’t be satisfied by Bernie Sanders-style palliative economic measures, something Sanders might consider to stand a chance for the Democratic 2020 nomination. Democrats denigrate the claim that Trump voters were motivated by economic insecurity, preferring instead to attribute it to racism, but perhaps a third factor was involved. After losing their status in society over a 40-year period, white working-class men finally found someone who recognized their plight, while their candidate’s opponent derided them as deplorables, and the previous president dismissed them as bitter clingers. Thymos means that mocking your opponents is a way to motivate them.

Fukuyama writes about how the modern concept of identity has evolved over the centuries, and discusses the contributions of historical thinkers such as Martin Luther and Jean-Jacques Rousseau. The author believes that the Protestant Reformation, the first major mass assertion of the “inner self,” marked the birth of identity in the West. He pinpoints the most immediate precursor of today's polarized, identity-laden political landscape as the social upheaval of the 1960s and 70s.

Fukuyama adds the observation that, in the past, dignity was only conferred upon the elites, such as the warrior class. That exclusive concept’s been abandoned in favor of a universal recognition that every human is now entitled to a sense of dignity, which is a reflection of the authentic inner self. Fukuyama cites the Declaration of Independence as a major historical recognition of this concept, and mentions the Arab Spring movement, the current discontentment of white working-class men, #MeToo, and Black Lives Matter as current manifestations of the fight for recognition. He believes that such upheavals are inevitable when there’s “a distinction between someone’s true inner self and another world of social rules and norms that does not adequately recognize that inner self’s worth or dignity.”

Fukuyama gives an impressive tour through Western thought with a fusion of philosophy, psychology, political science, and history that clarifies how the concept of identity has changed since ancient times. This could be instructive to those who despair over the “cancer” of identity politics and the avid proponents of identity politics on the progressive side.

At the end of the book, he offers his prescriptions for returning to a society in which a common language of discourse is spoken and a set of principles is shared across identity lines. It's a place where a more universal understanding of human dignity exists. Fukuyama writes that to effect such a return to a less polarized era, we have to fight the specific abuses, such as the criminal justice system’s abuse of minorities and sexual harassment in the workplace, that fuel the current fervor for identity politics on the Left. He'd like to see a pan-European identity based not on ethnicity, but on adherence to liberal democratic principles, and in the U.S. he'd prefer that fewer languages be taught in the public school system.

The author doesn't believe that democracies are now demanding enough in exchange for citizenship. He rejects the concept that any single person has the right to citizenship in any country. Fukuyama must not approve of the current Canadian version of multiculturalism that overrides the concept of a single national identity. He’d prefer the Swiss model in which villages decide which migrants to grant citizenship to. If you want to continue living there just as you did in Iraq, you may find you citizenship application rejected. Fukuyama suggests a universal requirement for national service as a unifying measure.

In the absence of some cataclysmic event, it doesn't appear likely that Fukuyama's ideas for societal change will happen. All the momentum’s in the other direction. The Right-Left political spectrum has morphed from centering around how much government we need to Democrats embracing marginalized communities, and Republicans clinging to their patriotism, ethnicity, and religion.