No wonder the left gets grouchy, says Todd Seavey. 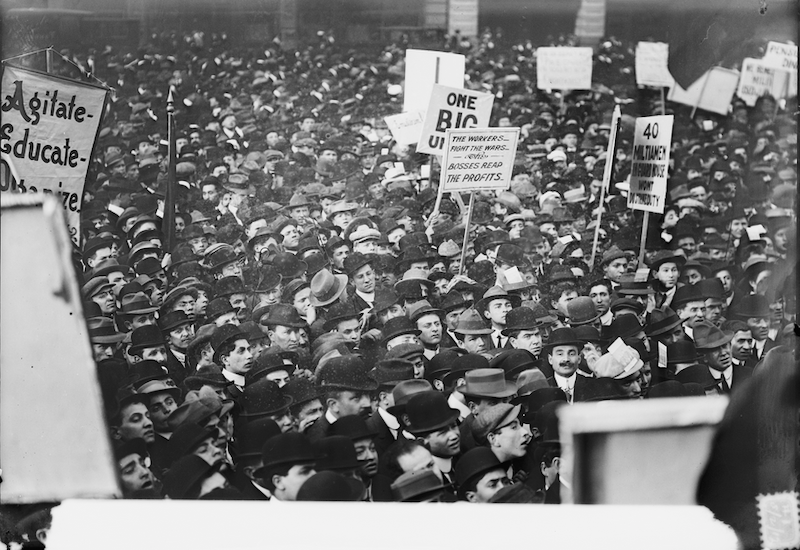 The left is an engine of wealth destruction and universal impoverishment. Yet let us take a moment on this special day to think about how hard life in these United States sucks from the left’s perspective. For one thing, they constantly have to settle for second-rate, watered-down forms of leftism.

Sure, they’re excited about Bernie Sanders running for president, but they can’t be happy this cranky oldster is their most prominent standard-bearer at the moment. And they love their labor unions, but even in the midst of ongoing financial hardship, the U.S. is a long way from taking more Marxian forms of social organization seriously. The consumer is sovereign.

Even Labor Day itself was signed into law by the highly laissez-faire Democratic president Grover Cleveland as a conscious substitute for the May Day celebrations more conventionally celebrated across the globe—which Cleveland and others feared might turn labor rallies into socialist and anarchist commemorations of the then-recent 1886 Haymarket bombing and subsequent controversial prosecutions.

I’ve no doubt that for each libertarian such as me lamenting that many Americans associate the Fourth of July only with fireworks, not with the Declaration of Independence, there are numerous leftists out there lamenting that Labor Day is essentially “beach day” in the mind of the average worker, a worker given his meager one-day reprieve from capitalist toil.

Then, too, there are the countless strange topics that, uh, occupy the left instead of the basic economic issues that were once its bedrock. Now it’s ethnic and sexual identity politics. Leftist Christopher Hedges—himself a Christian and occasional defender of cops against outright cop-hatred by some protestors—has fretted that even the New Left born of the 1960s was in some ways more bourgeois and libertarian than the Old Left that preceded it, focusing on groovy lifestyle issues and drug-assisted hedonism—individual satisfaction—instead of, say, labor riots and collectivist factory seizures.

And for the most part, I’m glad the labor-oriented left remains frustrated in the U.S. They mean well (sometimes) but would, if they really got their way, imperil the flexibility and responsiveness of manufacturing, workplaces, and changing labor markets in ways that would make us all poorer, with the capacity to be workers and managers, investors and consumers, loners and collaborators, sometimes all at once.

They would often stymie the flow of international trade that keeps workers employed and enables them to buy goods at the lowest prices while allowing manufacturers to make goods in the most efficient locations and use the most efficient production methods. Inefficiency means having to labor more to achieve the same results. That is always a tragedy.

This Labor Day, recall that the ideal world is one in which we barely need labor at all, and hope that the innovations and competition-spurred efficiencies made possible by global capitalism bring that day hurtling ever closer. That will be a fine vacation indeed.