Government and Woman at Yale 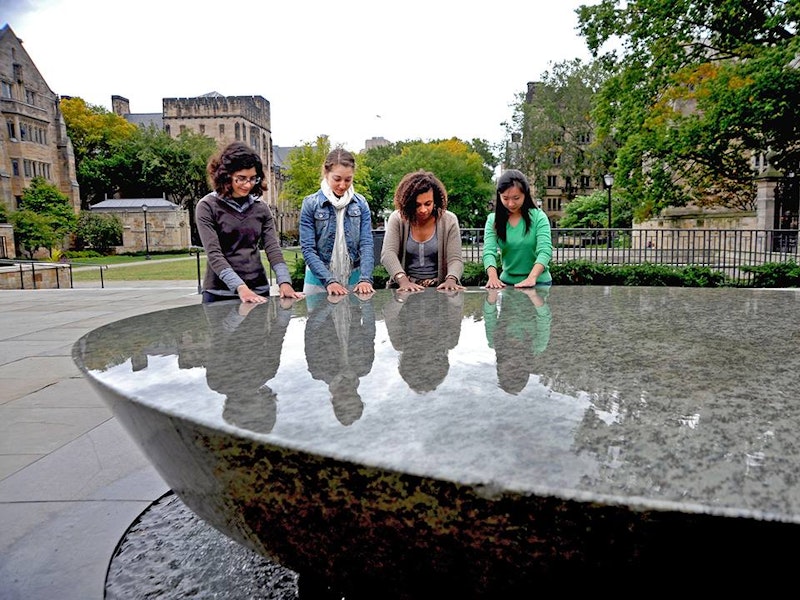 The governor of Florida, Rick Scott, has invited Yale University to relocate to Florida to escape confiscatory new taxes proposed by the state of Connecticut, where, for now, Yale resides. I think that would be fantastic, especially if it meant Yale began generating more southern-style sorority recruitment videos like this one for Delta Gamma. Say what you will about Delta Gamma and their ilk, I think they’re more life-affirming than, for instance, pro-Nazi left-wing Yale literary professor Paul de Man.

Ironically, though, average left-wing females coming out of Yale today—especially ones dwelling on the Northeastern coast of the U.S., as I do—probably see Delta Gamma as more scary and oppressive than Paul de Man and consider my words more hurtful and damaging than any totalitarian sentiments spawned by academia or the left these days. I’ve certainly found (though your experiences no doubt vary) that East Coast liberal female intellectuals are by far the most likely cohort to freak out and unfriend on Facebook over very minor disagreements, for example.

And why not? They’re accustomed to the whole culture telling them they’re the kind, innocent, morally and intellectually enlightened ones, and why should they tolerate a note of dissent? But then again, being surrounded by a raucous Florida party culture might be just the thing to toughen them up a bit.

Full-on commies and conservatives and religious fanatics, by contrast, I’ve usually found to be pretty tolerant already because they, like me, expect disagreement. One odd cohort deserving a footnote of its own if we’re gauging different groups’ capacity for tolerance is cartoonists—who are both tolerant and combatively left-wing online. All the world is a wacky slapstick battle in their minds, so no need for nuance, which is at least a way to keep from being pretentious.

One cartoonist I know actually went to the trouble of photographing himself sticking up his middle finger at Ayn Rand and Frank O’Connor’s graves. That takes some twisted lack of empathy almost as bad as Rand’s, if you ask me—or just a love of a damn good, simple visual.

To be clear, I’m not telling Yale what it is morally obliged to do, and I wouldn’t dream of wielding governmental authority over its decisions (despite the temptation to forcibly merge it with Epcot Center). Another irony here, though, is of course most of the aforementioned Yale-alum females now worrying they or people like them might end up having to join Delta Gamma are precisely the kind of left-liberal people who think it’s wonderful that Connecticut government taxes “greedy” rich institutions such as Yale.

Taxes have consequences, kids. Try bringing up the idea that taxation is theft in your classes if you really want to set Yale, and the world, free. Even the Ivy League may start to come around on the idea now.