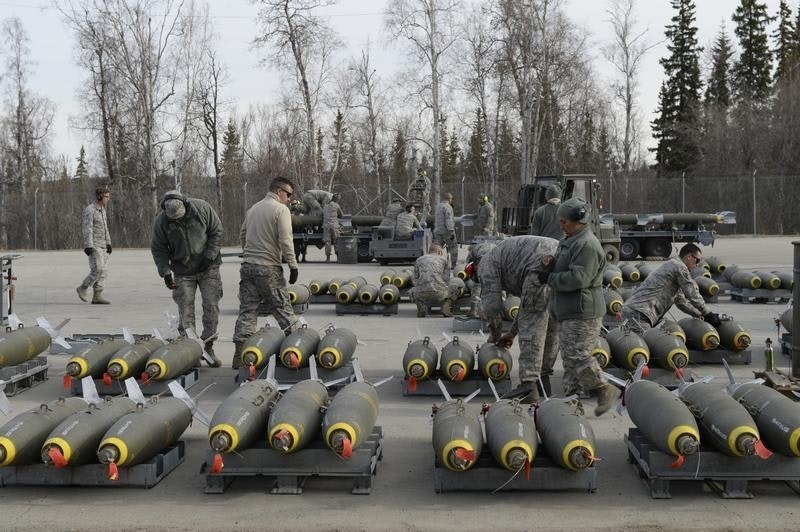 Eli Lake ends a recent piece about how to cope with terrorism from overseas with a false dichotomy. He’s no party-line warmonger, but suggests we face a tragic tradeoff between sending armies to kill terrorists “over there” and accepting the ever more intrusive surveillance state here at home, as the UK and France now do, in part to cope with massive, unassimilated migrant influxes.

What if every state intervention alluded to in that messy knot is a bad idea, though? Worse, what if each of these state interventions reinforces the others, creating a massive cycle of violence and government action that will only get worse over time until the whole system collapses?

Think of it as a disastrous military/terror Krebs cycle: We subsidize bad foreign governments and even worse foreign militants, then bomb them when they get out of line. Next, some flee here, perhaps willing to start anew, perhaps not, but quite likely ornery. Then, some (especially in Europe) get welfare benefits that decrease the odds of them integrating into the broader commercial culture. Then, to make sure they aren’t doing anything too awful, the surveillance state, which never needs much of an excuse, is ratcheted up, along with police militarization and resulting division in domestic politics.

The more pervasive the surveillance/police state mindset becomes, the more the populace, and its political leaders, accept a war footing as natural, increasing the odds of the next wave of overseas bomb-dropping. On it goes forever, with unsavory characters—from jihadists to intelligence operatives and welfare state bureaucrats—getting their cuts along the way, regardless of whether they’re officially on the same team. As usual, you are the one left out of the loop. A pity you aren’t a soldier, defense contractor, deranged imam, cop, or bribable foreign dictator.

And don’t look to the right or the left to rescue you. The real answer, which no faction is really pushing, would be to stop every governmental element of that deadly Krebs cycle: Don’t meddle overseas, don’t associate with despised foreign governments, don’t covertly subsidize potential future terrorists, don’t antagonize people at the border nor give them free stuff when they cross it, and don’t render Americans more paranoid than they are already by algorithmically snooping on all their private emails and public oral communications (they do that on buses).

Military non-intervention plus encouraging the fullest possible integration for new arrivals is still likely the easiest answer: do nothing and do nothing, which are the last two choices government ever picks in either the foreign or domestic spheres. Instead, I fear the plan will be an unending cycle of: drop bombs, admit, isolate, subsidize, police, antagonize, use domestic antagonisms to help justify going back to step one, etc.

Not good—unless you’re a government unduly proud of “doing something” on all fronts. The alternative, I’m told, is unthinkable. Well, various cynical Middle Eastern governments have gotten pretty comfortable with assuming that a never-ending mix of shifting allegiances and contradictory programs, such as simultaneously killing terrorists and arming them, is just part of life. I suppose we’ll get used to it, too. I suppose we have.