Giraffes Are Insincere, but Elephants Are Dumb

Here’s looking at you, Nativist Republicans. 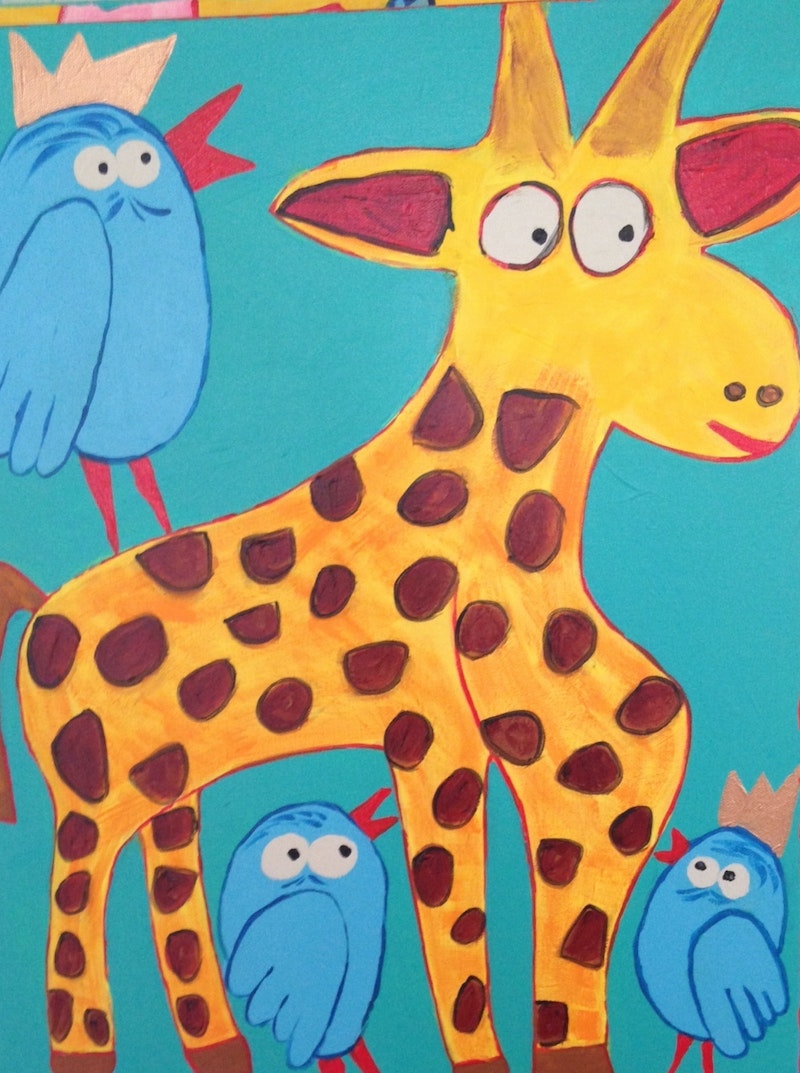 The mind-numbing recalcitrance of House Republicans to act on a sweeping immigration bill has left me so flummoxed that I’ve retreated to two provinces where I rarely travel: old Simon & Garfunkel songs and The New York Times columns of David Brooks. Paul Simon doesn’t single out donkeys in S&G’s 1967 single “At The Zoo,” and one supposes if he did they’d be depicted as noble or trustworthy, but GOP elephants—and this is pre-Nixon presidency—are called “dumb.” Which makes sense in 2013.

Democrats haven’t acquitted themselves well on the immigration issue—Barack Obama, as usual, has barely taken his case to Americans, unions are opposed, and Red State donkeys are relieved to have the cover of restrictionist Republicans—but this deadlock is mainly the doing of short-sighted (charitable) and racist (fairly accurate) Republicans. Never mind the polls—again, depending on which one you look at, and on what day—that show a majority of Americans favor the status quo; that’s par for the course. U.S. citizens are almost always opposed to “foreigners” intruding upon their cities and towns, until they get used to the idea. Which they do. Since it’s grossly presumptuous to believe that past immigration waves—the Italians, Irish, Polish, German, Hispanics and so on—are barely discussed in schools today, let’s just remember that “Irish Need Not Apply” and other similar hateful posters were prominent at one time.

The current versions of the immigration bill getting bruited about in Washington are so convoluted—in true Obamacare fashion—and full of loopholes that the two most basic arguments for long-past-due reform are shunted aside. Morality and economics. You can sneer and get cynical about what the Statue of Liberty stands for, ignore the wrenching photos of endless lines at Ellis Island, but the plain fact is that the United States, more than any other nation, has traditionally welcomed people from all over the world. After a push and a shove, of course. Too saccharine? Fine, consider the economics: every day, when you, say, frequent a NYC bodega, a Boston Dunkin’ Donuts, a Cleveland Olive Garden, a Houston 7-11 or get in a cab almost anywhere, you encounter immigrants, some legal, most not. And while some criminals slip through the system, most immigrants are law-abiding and hard-working, and a majority will leave their children in far better circumstances. Not to mention that immigrants hardly have the monopoly on crime in this country.

Which brings me to Brooks’ July 12 Times column, one in which the squishy academic/sociologist/TV personality musters a degree of outrage. On this one day, at least, Brooks has whale-sized balls. In breaking with his friends Bill Kristol and Rich Lowry, he writes: “Conservatives say they want to avoid a European-style demographic collapse. But without more immigrants, and the higher fertility rates they bring, that is exactly what the U.S. faces. Plus, this bill radically increases the number of high-skilled immigrants. It takes millions of long-term resident families out of the shadows so they can lead more mainstream lives.”

It wouldn’t be a Brooks column without a degree of hyperbole, such as when he writes that the GOP’s stupidity could be “political suicide” for the Party, a point that Democratic journalists gleefully repeat every day. This is borderline naïve: sure, more stunts like this and Republicans won’t re-take the White House in three years (though it’s unlikely they’d suffer in Congress), but at some point common political sense will take over, simultaneously with inevitable voter distrust and boredom of Democrats, and the Party will endure and prosper, until the next cycle takes over.

And while it’s out of fashion (though less so as Obama knits or whittles or follows his fantasy sports teams, whatever the fuck it is that he spends time on) to praise the Bush family, two of the GOP’s most courageous proponents of immigration reform are George W. and Jeb Bush. It’s time for like-minded Republicans to come “out of the shadows” and join them.