Maryland can learn a lesson from Atlantic City’s decline. 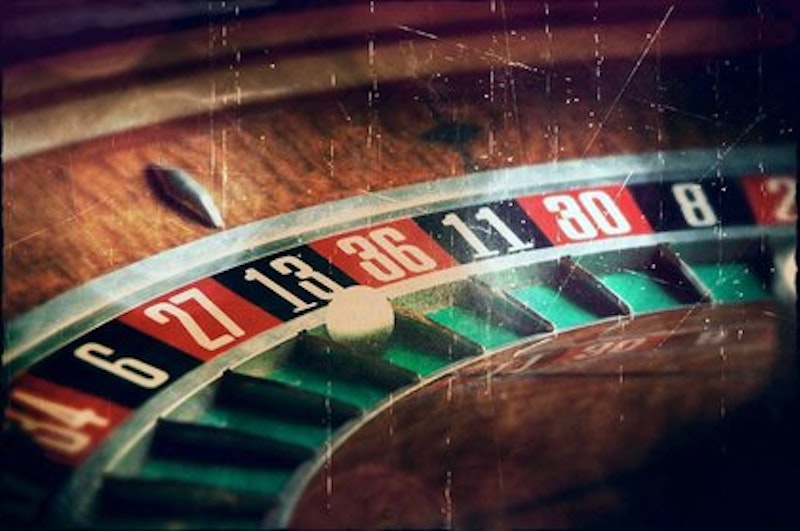 There’s a cautionary lesson for Maryland to learn from Atlantic City’s pitiful fall from seaside pleasure dome to abandoned beachfront: there are only so many recreational dollars to go around and expanding gambling won’t create more.

For years, Atlantic City was celebrated for two existential reasons—it was the face of the Monopoly Board, that faux tribute to predatory capitalism, and it became the real vulture pickpocket as the gaudiest gambling destination east of Las Vegas.

Now comes the cropper, the news that four casinos will go dark because of a precipitous loss of business to competing casinos in other states and the sudden disappearance of thousands of jobs that will probably follow the gambling circuit to other venues, including Maryland. Among the four gambling emporiums scheduled to close are Trump Plaza, the Showboat Casino and the Revel, which together employ about 6000 who will soon be jobless.

Along the same timeline, Maryland has four casinos up and operating and two more due to enter the competition for gambling dollars: the Horseshoe Casino scheduled to open in downtown Baltimore in late summer and the MGM behemoth which will soon be under construction in the mini-city at National Harbor in Prince George’s County. Those already operating are: Hollywood Casino at Perryville, Ocean Downs, Rocky Gap Resort, and the most successful of them all, Maryland Live! at Arundel Mills.

Maryland Live!, with 4322 slot machines and 177 table games, is doing more business than all the other casinos combined and has almost doubled its take over last year’s numbers. The state’s share of the boodle goes into the education trust fund as well as other state and local programs that include fattening horseracing purses and improving long-neglected racetracks. That last point is the most ironic of all, utilizing one form of gambling to prop up another.

What’s happening to Atlantic City can happen anywhere. What was once a seashore monopoly has now gone bust and, arguably, never really fulfilled its fool’s gold promise. Instead of a stand-alone gambling destination, Atlantic City (New Jersey) is now one of 38 states that permit either slots or casino-style gambling. And what was once the economic Ponzi scheme that would resuscitate the turn-of-the-20th-century Monopoly Board city into a modern resort never materialized. The slums that were to be flattened and reborn as modern living spaces for casino employees still exist.

Not only will Atlantic City’s hospitality and gambling interests lose business and the state lose revenue, but an entire menu of supporting services such as restaurants, nightclubs and the legendary boardwalk itself will feel the financial drop-off because the number of visitors has dwindled as they have discovered other gambling parlors closer to home.

Atlantic City is now scrambling to replace its gambling industry with other forms of destination entertainment such as conventions and lavish musical productions, just as in the old days when the Miss America contest and Bert Parks was a huge draw and Steel Pier was host to the nation’s big-name dance bands and the diving horse.

Gambling interests compete with gambling interests. There are no boundaries or rules of engagement. The same companies that are profiteering in Maryland may be competing against the very same state just across the border, just like in Atlantic City. Suddenly casinos popped up in adjacent Pennsylvania, Delaware, New York and Maryland, many under the same ownership. (The owner of Delaware’s gambling operations, William Rickman, also owns Maryland’s Ocean Downs.)

Thus, the Cordish Co., which owns and operates Maryland Live!, has partnered with Penn National, owner of Hollywood Casino in Perryville (and, incidentally, Hollywood Casino at Charlestown, West Virginia), to joint-venture a casino in upstate New York. And the buzz within the gaming industry is that Penn National is angling to eventually buy out Cordish and take ownership of the Baltimorean’s properties.

And now Maryland (and Maryland Live!) faces another competitive prospect. Soon there will be three major casinos within a straight 35-minute drive of one another—Baltimore’s Horseshoe Casino, Maryland Live! and MGM in Prince George’s, all competing for the same gambling dollars.

Yeah, yeah, we know. MGM in Prince George’s is a whole new gambling market. It straddles three wealthy jurisdictions, the Maryland suburbs around Washington, the District of Columbia and Northern Virginia. But, as with Atlantic City, the scream was heard across surrounding states about the stupidity of sending money out of state to Atlantic City and Delaware. So how long will it take for Virginia or even DeeCee to wake up and for Penn National to improve the odds at Charlestown?

States have become addicted to gambling as an indirect form of taxation. They’d rather license a casino than levy a tax. It happened in Maryland in the early 1970s when the state was among the first to legalize a lottery. The State Lottery has been for decades Maryland’s third largest source of revenue after the income and sales taxes.

And you can bet that casino gambling won’t be far behind the Lottery as a revenue source even while the newest form of gambling claims a chunk of the proceeds of the old. As Maryland Gov. Martin O’Malley (D) phrased it so delicately before his conversion, slot machine gambling “is a piss-poor way to finance government.”

Here in Maryland, for example, a mutual accommodation facilitated MGM, the sixth state-licensed casino. Senate President Thomas V. Mike Miller (D-Calvert) was determined to build a casino in Prince George’s, which originally rejected a license, and PeeGee County Executive Rushern Baker (D) was hell-bent on winning a $600 million teaching hospital for his constituents. After moving the shells around, Prince George’s is getting both.

Yet there is one uncontestable point that has been learned from legalized gambling. Most people, excluding those with a gambling addiction and other high-rollers, will set aside only so much money for entertainment and not a dime more of the family budget. And just because a state decides to add another casino (as did Atlantic City) doesn’t necessarily mean that the gambling pot will expand and the proceeds will increase. More casinos merely dilute the pot. Sooner or later people will figure out that the house is rigged against them.