In 2021, every single MLB spring training game deserves a video broadcast in some form or another. 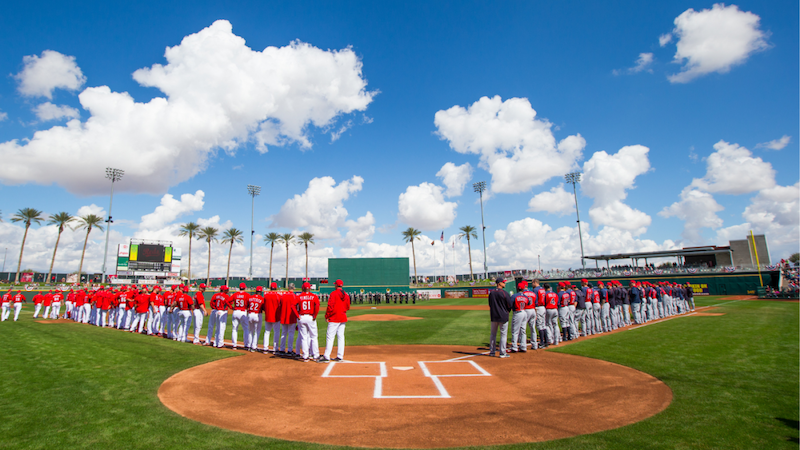 If you like watching Major League Baseball games on television, then March is one of the worst months of the year to be a fan. It’s not quite as bad as months like December and January where there will never be a live MLB game on television, but it lags far behind April through September.

It’s easy to argue against broadcasting every single spring training game to the same extent that TV networks that own the rights to these games do for a regular season game. I know. Viewership is low on the games; magnitudes lower than regular season games. You might have a home run in one of these games and fewer than five people on all of Twitter make any mention of it. It costs money to put together a baseball broadcast. You need a production crew, a play-by-play man, and a color commentator, At least in theory.

Presumably, teams lose money on some of these spring training games because viewership is so low. If these games made money to broadcast on television then we’d see all spring training game on TV. Instead, we see a lot of lousy, low-cost filler programming on channels like NESN at the times where the Red Sox are in the middle of a game.

Let's use Friday, March 5 as an example. Look at the schedule and you see a Red Sox-Tampa Bay Rays game taking place at 1:05 p.m. at JetBlue Park in Fort Myers Florida, a home game for the Red Sox. Now look at NESN’s jam-packed schedule for that same day. From one p.m. to two p.m., they’ll show Dining Playbook with Billy & Jenny. That's right: a rerun of a show about food. This is New England Sports Network. The Red Sox own 80 percent of NESN and this is what we get. The next show on after that is New England Ski Journal. Then from 2:30 p.m. to five p.m. is TBA (to be announced). Wonderful. The channel finds time to air a show called NESN Sports Update for four straight hours, two hours of poker, and an episode of Charlie Moore Outdoors, but no MLB game.

That might be a step up from the Thursday, March 4 schedule. The one p.m. to five p.m. programming: Women's Hockey East tournament semifinal. Then at five p.m.: Charlie Moore Outdoors Naked on the Cape. The former is a non-revenue college sport with a tiny fanbase and the latter sounds weird. I’ll pass on both. My guess is that even a Red Sox spring training game during the day during the week attracts more eyeballs than this type of programming.

If NESN refuses to show the games and instead wants to pay for the kind of non-baseball content that people don’t watch instead of baseball that not a lot of people watch, that’s their decision. However, if the Red Sox want to promote their product, they ought to rework their broadcasting deal so that they can live stream the games that NESN won’t air. Who cares if you don’t have Tom Caron as the play-by-play man and Carlos Pena doing color? Frankly, I think they should give Manny Delcarmen and Lenny DiNardo a crack at color commentary in spring training—if they want it—since it’s a good time to test out certain people in the color commentary role.

At a minimum, there’s a ballpark camera that records these games. We know this because highlights pop up on Twitter from games that aren’t on TV—like Red Sox shortstop prospect Jeter Downs going deep on February 28. So if the technology is there, why not let Red Sox fans watch the game from that camera shot if we wish?