No Escape From Discordianism

He has no explanation for why the world is as it is. 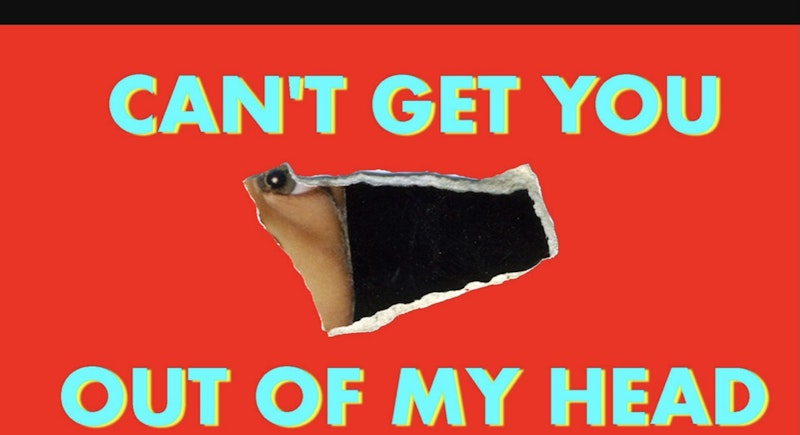 I've just watched the Adam Curtis documentary series Can’t Get You Out Of My Head on the BBC. Six episodes in all, it comes in at just under eight hours long. Curtis is a BBC documentary filmmaker with a very distinctive style. His films are first-person lectures on a variety of subjects, held together by a collage of archive film and music.

The combination of historic footage with an often-emotional soundtrack gives a dream-like quality to the narrative. You could say that he uses this technique in order to smuggle radical ideas into the viewers’ heads, but I suspect it’s the other way around. He uses radical film techniques in order to smuggle entirely conventional ideas into the viewers’ head, while feigning a radical agenda.

He certainly likes to talk in revolutionary terms. One of the films is called Shooting and Fucking are the Same Thing. The phrase comes from the Baader-Meinhof group when they were training with the Palestinians in the 1960s. The story goes that the Palestinians were offended at the sight of the German women sunbathing naked and asked them to put clothes on, to which Andreas Baader replied, “Sexual revolution and anti-imperialism go together. Fucking and shooting are the same thing.”

The whole episode is lifted from a 2008 German drama film directed by Uli Edel, called The Baader Meinhof Complex. This is typical of Curtis’ method. He likes to reference obscure material without necessarily acknowledging where it comes from. This particular episode also highlights another of his approaches. While talking about revolutionary politics Curtis will often pick marginal figures, which he then holds up as examples of the failure of the left. The Red Army Faction is one example. Another is Michael X, who also appears in this film.

Michael X—proper name Michael de Freitas—was a racketeer and enforcer of the slum landlord Peter Rachman who operated out of Notting Hill in the 1950s. He became a revolutionary and an icon of the left in the 60s, before murdering one of his followers in Trinidad. He was hanged in 1975. Of course Michael X took his name from Malcolm X. The story was that when Malcolm came to Britain a desk clerk mistook the two for brothers as they were travelling together. That may or may not be true, but what’s obvious is that the adoption of the surname lent kudos to Michael’s revolutionary persona. Malcolm X was a powerful and charismatic figure with a genuine radical agenda. Michael X was a gangster, a violent extortionist and a murderer. You wonder why Curtis takes him as his focus.

Another example of this kind of substitution is his references to Greg Hill and Kerry Thornley, the creators of Discordianism. We’re treated to long passages about the origins of the pseudo-religion, about Operation Mindfuck and Kerry Thornley’s relationship with Lee Harvey Oswald, about Thornley’s descent into madness and paranoia and Greg Hill’s alcoholism. What we never hear mentioned is the name Robert Anton Wilson, arguably the man responsible for the popularization of Discordianism, through the Illuminatus! Trilogy, which he wrote with Robert Shea, and his Cosmic Trigger trilogy.

He’s mentioned in passing, but without naming him, as a Discordian working for Playboy magazine. That’s it. We are left with the impression of this weird historical and philosophical sideline, told as an adjunct of the story of our times, as if Wilson never existed and the inevitable end of the Discordian project is drunkenness and insanity. You could say that this is fair enough. Perhaps we already know who Wilson and Malcolm X are, so it’s pointless repeating these stories. Maybe it’s interesting to wander down these cul-de-sacs of history, like psycho-geographical explorers of the Western mind, but that’s not how Curtis presents them. Rather he suggests that these stories are essential to an understanding of where we are now.

As he says in his introduction: “We are living through strange days. Across Britain, Europe and America, societies have become split and polarised, not just in politics but across the whole culture. There is anger at the inequality and at the ever growing corruption and a wide spread distrust of the elites. But at the same time there is a paralysis, a sense that no one knows how to escape from this.”

The entire series is then presented as an explanation for how we got to this point. In pursuit of this we’re taken on a dizzying journey across the entire globe, from the UK to the United States, from Russia to China, from the post-war period to the present day.We hear the story of Jiang Qing, Madame Mao, and of her rise to power with the Gang of Four in China. It’s a fascinating story and worthy of our attention. If Curtis had given us the story in isolation, as an example of the vicissitudes of power, we would’vethanked him. He loves using clips of her romantic operas, with stylized Red Guards in heavy makeup doing ballet moves with Kalashnikovs, but as an explanation for the world we live in now it’s remarkably off-beat. Madame Mao lost. Another faction took over in China, and they run the Chinese project now, whatever you might think of that. It’s a pointless excursion into the nether-regions of the world-soul which doesn’t really shed light on our current dilemma.

What’s notable as well is what he misses. There’s very little about Thatcherism or Reaganomics, the shift in wealth away from the population as a whole into the hands of the elites, the trickle-down theory and the financialization of the economy. Little about the control of the narrative by media companies in hock to the elites, little about the part the BBC, as the sponsor of this film, plays in it all. Adam Curtis is a creature of the Beeb. He obviously spends a lot of time in the archives, rooting round to find us his quirky treasures. But there’s a sort of faux radicalism about it, a showy emptiness, full of grand theorizing, without any real substance.

He loves the word “dark” as in “dark paranoia,” a word he repeats throughout the series. Another word he likes is “ghosts.” Were this delivered as a lecture, most of us would’ve walked out within the first hour. It’s a nonsensical argument displaying an essential nihilism. He has no explanation for why the world is as it is. He's simply juxtaposing multiple storylines in a series of overlapping narratives that have no connection beyond the fact that Curtis has researched them.

On the other hand, it is precisely the juxtaposition of images and sounds that keeps us watching. Every so often he’ll pause in his story and allow a moving image accompanied by a resonant soundtrack to occupy our attention. The result is often fascinating and strangely compelling, like looking in on someone’s unconscious processes.

One example, in the first program, after seeing an interview with Kerry Thornley, we’re led into an aerial sequence skimming over shimmering mudflats towards a shipwreck, accompanied by the Incredible String Band playing “Air.” The single word “England” comes up on the screen. This is followed by a shot of terraced streets leading to a waterfront where crowds are assembled, followed by scenes from a traditional English folk festival with a hobby horse, scenes of a listening station across a moorland landscape, then scenes of Africans in a concentration camp being numbered by British officers, which leads to Curtis talking about the collapse of the British Empire.

There may be some rational intention behind the juxtaposition of these images with this song, but it’s not clear what it is. The Incredible String Band are Scottish, not English, and the words, though beautiful, have nothing to do with what’s on screen. It’smore like a music video than a documentary and whatever its intention might be, the result is to create an impressionistic image of Englishness as something quirky, sinister and racist all at the same time.

Maybe that’s the purpose, in which case Curtis, as the quintessential Englishman, is as guilty as anyone else. It’s his plummy accent—sardonic, all-knowing, detached—that guides us through the multiple stories, linking them together. But he’s an unreliable narrator and often claims an insight that he doesn’t have. He’s constantly telling us what is going on inside other people’s heads, as if he can hear their thoughts.

An example: “In the 1950s, as the British Empire was falling apart, there was a growing sense that something was badly wrong under the surface.” But is that really the case? What is the “surface” under which he looks? Where does the “growing sense” take place? He’s referring to the mind, obviously. He’s claiming an omniscient view of the collective consciousness of the British people in this period, when he himself was still a child.

You can’t fault his taste in music. There were a number of times I was stopped short by a song, wondering what it was and wanting to hear it again, and there are some stunning sequences where a piece of music and a set of images gel into dream-like passages of lucid clarity, like being asleep and awake at the same time. It’s the end to which he puts this audio-visual feast that worries me.

As I said earlier, it’s nihilistic. He has nothing to offer. No solutions, no identifiable way out of the dilemma, no future, nothing to aim for: just this modern machine dystopia with its violence and corruption, its endless redistribution of wealth from the less well off to the obscenely wealthy.

It’s interesting that he starts with a quote by David Graeber: “The ultimate hidden truth of the world is that it is something we make and could just as easily make differently.”

Graeber died last year, but his was one of the most insistent voices in support of Jeremy Corbyn. The BBC, meanwhile, did everything it could to undermine the leader of the opposition and to paint him as an anti-Semite. By doing so it managed to destroy the only plausible alternative to Adam Curtis’ nightmare vision: the prospect of a social democratic party in power in the UK, returning us to the values and priorities of the post-war era.