If college administrators had any courage, they'd specify exactly which people, because of their own unique "lived experience," should never be approached when they're breaking rules. 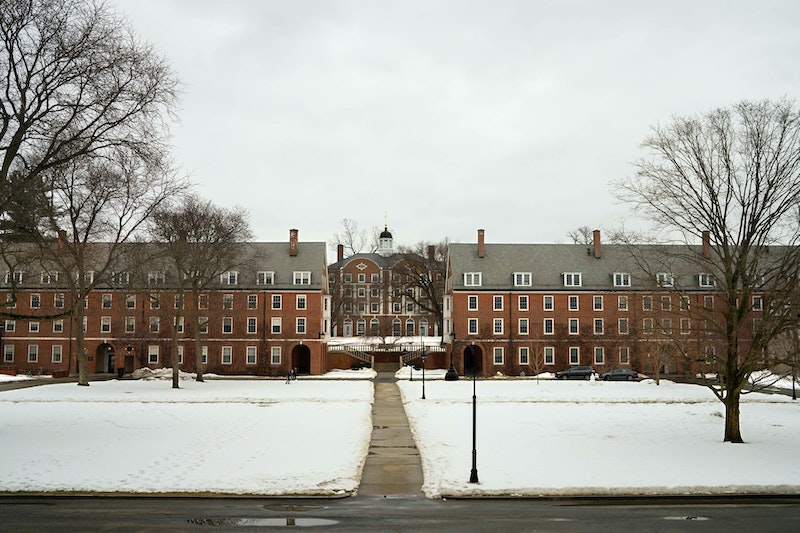 I'd already given up on The New York Times before it fired veteran reporter Donald McNeil for using "racist" language, even though he had no intent of being racist, but then I read Michael Powell's excellent article about the recent controversy at Smith College and I feel a glimmer of hope. Powell reported on the latest example of how faux outrage has become such a weapon on American college campuses, an issue you don't expect to be highlighted in the Times now that its editors are held hostage to the delicate sensibilities of its younger, East-Coast-educated staffers. Powell even criticized his employer for its previous reporting on the issue, which makes his piece even more remarkable.

Back in July of 2018, Smith College student Oumou Kanoute decided it was her right to hang out in a particular cafeteria and the adjoining lounge area of a dorm that a dorm employee had already told her was closed for the summer. This is what's known as entitlement. A janitor spotted her and, per policy, called campus security. The responding officer then had what Powell reported was a "polite" conversation with the student, who claimed she was a victim of racial profiling. The ACLU, which came to Kanoute's defense, said it was a case of "eating while black," but the Times article states that the Sanghavi Law Firm released a 35-page report on the incident that concluded that there was no evidence of discrimination.

You know what happened next. Without looking into the matter, and acting only out of fear and self-interest disguised as empathy, the school's president, Kathleen McCartney, called Kanoute to apologize, and then placed the janitor on paid leave the following day. This will stigmatize him forever in the eyes of many as a racist profiler—modern progressivism offers no path to redemption, even to the falsely accused—especially since McCartney singled him out by insinuation when she issued a statement saying that "people of color are targeted while simply going about the business of their ordinary lives.” The college president, who has a PhD from Yale in psychology, reached this conclusion without even cursory due diligence.

The janitor didn't realize that he was dealing with a privileged person who he’d unwittingly help parlay an encounter that she initiated into a power play. Had the trespasser not been a student, the janitor would’ve been in the clear, but how was he to know that?

Kanoute vented her imagined—or manufactured—outrage on Facebook, where she wrote, “It’s outrageous that some people question my being at Smith, and my existence overall as a woman of color.” But neither the janitor nor the campus cop questioned her "existence" at Smith, or as a WOC. They simply, and properly, questioned her presence in a dorm closed for the summer. The dorm worker who'd previously told Kanoute that the area was off-limits wisely decided not to pursue the issue when the student paid no attention to her. It's important to know what battles you can never win, but she lost this one anyway. Kanoute posted her photograph, name, and email on Facebook, calling her a "racist." The employee's mistake was deciding to mention to Kanoute that the dorm was closed. Among the hate messages she'd later receive was this voicemail: "You don’t deserve to live." Kanoute also posted the photo of a janitor who'd already gone home by the time of the incident, so now he's known as a racist too.

What do we call Kanoute’s privilege? “Black privilege" would be glib, because black people are still less privileged than white people in a wide variety of situations that this country's extensive anti-discrimination laws don't cover. Let's say "outrage privilege," because being—or pretending to be—outraged can get you special treatment, depending on your identity and knowledge of how to work the angles by exploiting an innocent situation. If you push back with facts, they'll say you don't understand their "lived experience."

Smith would eventually comply with Kanoute and the ACLU's demand that dormitories be set aside for black students and other students of color, which at one time was called segregation. The ACLU, which once stood for principles, is now a political operative.

If college administrators had any courage, they'd specify exactly which people, because of their own unique "lived experience," should never be approached when they're breaking rules. Smith won't do this, therefore putting the entire burden on its employees, who must figure out the unwritten rules—which actually supersede the formal rules—that the college might at some point use to punish them. According to these rules, the janitor should've ignored the presence of Kanoute that day, because she has an exemption that his employer refuses to tell him about in advance.

Another lesson to learn is that the media will not report on these accusations of bias with objectivity. The New York Times, the Washington Post and CNN all ran stories on the initial incident that painted a false picture of race-based harassment. Three months later, after the Sanghavi Law Firm did the job the media should’ve, the media wasn't interested in its conclusions. Perhaps they realized how bad reporting that story would make them look.

The media buys any accusation of racial bias without skepticism, and is complicit in this outrage game. To get the full picture, you'll have to check out a conservative media outlet, because you're not going to see the type of article Michael Powell wrote very often.