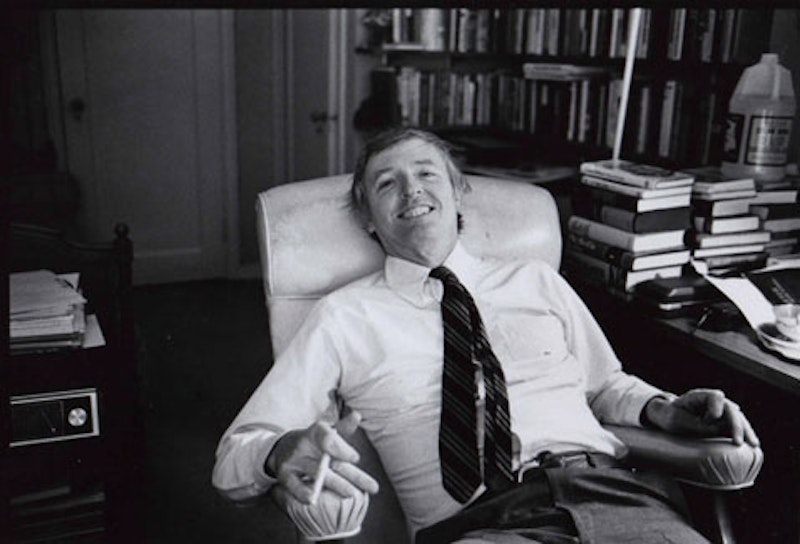 One of William F. Buckley’s recommendations in the final 12 months of his life was that you see the movie The Lives of Others about the creepy ways the secret police kept an eye on people in socialist East Germany.

The movie is less than a decade old but now seems as quaint as, well, George Orwell’s 1984. What happens when high school students get assigned that book nowadays, with all of us acutely aware that we’re potentially electronically monitored at all times—and politicians like Jeb Bush applauding the fact? Do the kids just shrug? Is it like reading an old book warning that someday there may be pills that make people happy or docile?

Those of us old enough to remember typing without periodically hesitating for fear of having our algorithmic profiles become more intriguing to some domestic police-bot know that the psychological blow we’ve suffered is much larger than the visible, superficial changes in people’s daily routines would suggest.

So it was sad to see an appeals court last week send a case against the NSA’s bulk data collection back down to a lower court until a more suitable plaintiff is found. The appeals court’s argument—creepy in itself, really—is that no one citizen can sue the NSA about this unless he can prove he was personally snooped. I guess they’ll need a harassed anarchist or something. (Which reminds me: that season finale of the anarchist drama Mr. Robot, about which I wrote recently, was delayed until tomorrow night.)

As a practical matter, all that appears to hang in the legal balance at the moment is whether the NSA speeds up or slows down the process of farming its data-collection out to private organizations, such as telecom companies who will hold your data until the government asks for it instead of constantly turning it over to the government.

The appeals court’s move was enough, though, to irk the man who remains my favorite presidential candidate (not that that’s saying much these days), Sen. Rand Paul, who vowed that if he is elected, he will turn a major NSA building into a center dedicated to teaching people about the Fourth Amendment and its ban on “unreasonable searches and seizures.”

It was a reminder that he might make real changes and that no other candidate likely would, save changes for the slightly worse. He also noted this week that Gov. Scott Walker’s offhand reference to the possibility of building a Trumpesque wall between the U.S. and Canada is a “pretty dumb” idea, and indeed it is—made all the more painful by the fact that dopey Walker is still among the only five or so presidential candidates I can even stomach this season.

Would Buckley, whose National Review championed libertarian-conservative “fusion” back in his heyday, have supported Rand Paul? Buckley might have, given his apparent taste in anti-snooping films, combined with his half-forgotten opposition to the Iraq War—an attitude not shared by his own hawkish magazine, which somehow continued to revere Buckley even while denouncing other antiwar conservatives as unpatriotic.

I hope a foe of the East German regime wouldn’t think too kindly of building a giant wall, either. I miss Buckley.