There’s a media riot going on! 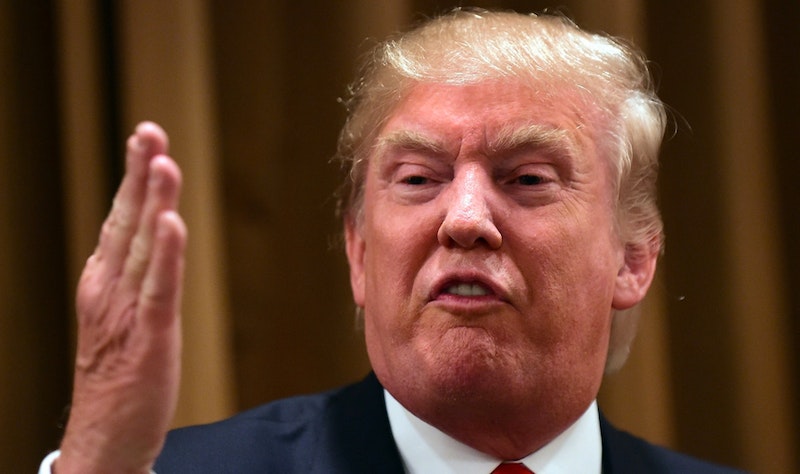 Curious observers of this year’s presidential election have heard for months now that, because of Donald Trump’s near-certain nomination next month—skip the breathless Twitter posts yet again predicting a revolt against the Queens celebrity—the Republican Party is “dead.” Sad! Granted, some of this comes from disaffected right-leaning pundits who believe Trump’s a moral stain on the GOP—even though they actively rooted for Ted Cruz, the most dangerous demagogue in the Senate today—and too liberal. Sad! I’d say that Weekly Standard editor Bill Kristol’s in worse shape than Trump: should the candidate lose, he’ll go back to making money, screwing investors, and probably wind up with a lucrative late-night TV show. But Kristol, whose currency is accurate political commentary, may never recover. Mucho sad!

Far worse, in my opinion, is the greater number of left-leaning pundits who also parrot the “GOP is dead” line and act as if they care. Let’s be honest—a quality in short supply this year—and acknowledge that most of these men and women would like nothing better than for the Republicans to self-destruct. They’re partisan, exemplified by Thomas Friedman’s hand-wringing over the fate of the two-party system—which will survive just as surely as print media will further disintegrate by the next presidential elections—a trope so transparent that the remaining copy editors at his place of employ, The New York Times, likely have a drinking game when Friedman’s sent-from-a-Silver Spring cab copy arrives.

In the past day—and these weighty proclamations appear by the hundreds each week—the biggest whopper came from Friedman’s colleague Frank Bruni, whose Sunday column set a personal record for absence of content, which, by now, is hard to pull off. At least Friedman doesn’t try to be funny, whereas Bruni, when not talking to anonymous “insiders” from the GOP, sprinkles inane one-liners that may or may not crack him, and only him, up. Tres sad! Guilty Pleasure Sad! Sinfully rich sad! Bruni, at one time, though this was eons ago, a pretty good political reporter, is beyond auto-pilot, and it must burn the butts of lower-level Times editorial employees who later this year will either accept buyouts or take a pink slip, while Bruni, with his six-figure salary, fixes himself sandwiches larded with artisanal mustard and pickles. Bruni lets his readership know that scads of Republican “luminaries” are boycotting the Cleveland convention that starts in Cleveland on July 18th, as if that’s news. Really, why would Jeb Bush attend after he was whipsawed by Trump in the debates?

Bruni: “Small wonder that one of Trump’s advisers recently suggested that the candidate not wait until the climactic hour to deliver his remarks but, in a break with precedent [jeepers, Trump “breaking” with precedent, haven’t seen that yet!], speak every single night. Not just double Donald. No mere triple Trump. Four luscious scoops of him.”

So what? Why would anyone expect a normal convention from Trump after witnessing the past 12 months?

But here’s where Bruni gets punch-drunk on his presumption of civic responsibility, writing that the Cleveland gathering will be “four excruciating days that will be light on appropriate speakers, short on cash and long on God-knows-what other than the music of Trump’s voice and the shimmer of Trump’s hair.” In a strange twist, Hillary Clinton’s coronation comes just a week after the Republicans meet, and I’m guessing Bruni believes the podium will be stacked with “appropriate” speakers. And who would those worthies be? Nancy Pelosi, Bill Clinton, Chuck Schumer, Al Gore, John Kerry, Andrew Cuomo, at least one Kennedy and—probably at one a.m.—Elizabeth Warren? Yawn. No wonder no one watches conventions anymore.

But even if he’s down 30 points in the daily barrage of polls, you know that Trump’s convention will pull in the biggest batch of ratings since 1968. Whether it’s rubber-necking Democrats, legitimate Trump supporters, or Americans eager to witness the ultimate reality show, the viewers will be tuned in, much to the delight of TV executives.

Not according to Bruni: “It’s an idea where narcissism meets necessity. And it’s reason to take that trip to the Arctic Circle that you’ve long fantasized about. Make sure that you’re beyond the range of the internet, and think about staying through Nov. 8.” Can you spell c-o-n-d-e-s-c-e-n-s-i-o-n? I’m not supporting either candidate, but who in their right mind—at least those fascinated by American political and pop culture—is going to miss Trump at the podium? On the other hand, you couldn’t pay me to watch Hillary give her acceptance speech. I’d rather go to a lecture on the difficulties facing the City Council in East Cupcake, Iowa.