Bourne to Lose, Destined to Fail

A reminder how useless all government is. 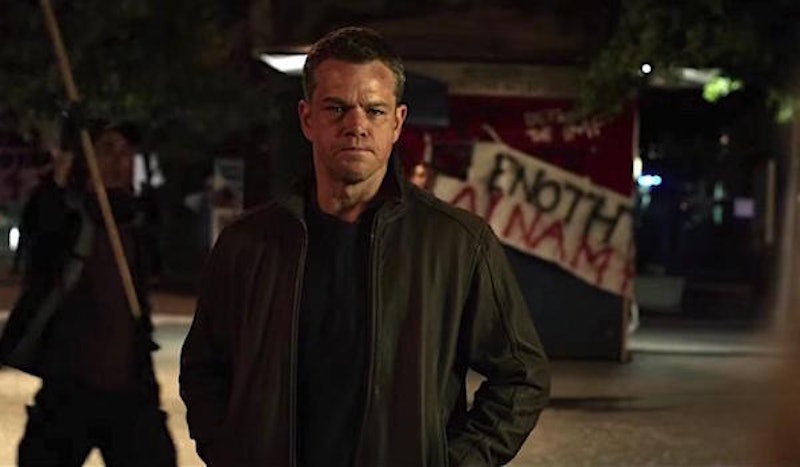 With bombs going off in Istanbul and Beirut, a massacre and a celebrity assassination in Orlando, a Somali refugee taking hostages in an Amarillo Walmart (what, you missed that one?), and a UK MP killed all in the same short month, please take a moment to remind every idiot who calls for more government action on these matters that government was already on the job when all these things happened.

One of the reasons I may still be going to see Jason Bourne films like the one out next month even after having had my fill of James Bond movies is that at least the Bourne franchise recognizes who the real enemy is: Bourne’s employer, the government. You’d have to be amnesiac yourself to reach any other conclusion.

I mean, forget the debatable conspiracy theories. Just look at the agreed-upon checklist of real government failures surrounding some of the tragedies listed above.

The Orlando shooter’s dad rubbed elbows with politicians and worked alongside the CIA, for all the good that did his son’s victims. His son’s own employer is an international security firm, which nowadays means doing things like shuttling dangerous migrants to locations deeper in the heartland at the behest of the federal government and over the objections of its own border agents. One of our two major-party candidates for president (the one funded by the Saudis) helped destabilize Libya, and the other wants to get “furious” in Syria, as if there hasn’t been enough futile rage in 50 directions there already, inspiring more terrorist reprisals. And England purportedly has the kind of gun control that prevents things like the shooting, though not necessarily the stabbing, of Jo Cox.

If you’re not a religious fanatic committed to eternal holy war against gun owners, you might at least feel some intellectual obligation to ask yourself whether the public might fare better learning to defend itself on an individual basis with privately owned guns rather than waiting eternally for government to get a clue about how to keep social order. Gay Americans are reportedly buying guns in larger than ever numbers—yes, even those AR-15s—in the wake of Orlando, and they should be proud to defend themselves.

If instead you’re waiting around for government to protect you, please remember that you’re waiting for the institution that brought you Prohibition, Japanese-American internment, COINTELPRO, the Drug War, the Iraq War, anti-sodomy laws, MK-ULTRA mind control experiments on civilians, the bombing of the MOVE headquarters in Philadelphia, the infiltration of the 1993 World Trade Center bombing ring, arms shipments to Syrian rebels, midnight SWAT raids without end, and a habit of always shooting the family dog. That institution may not be on your side.

Todd Seavey is the author of Libertarianism for Beginners.