The Textbook Definition of Nothing at All

A racial taxonomy is often an exercise in self-congratulation. 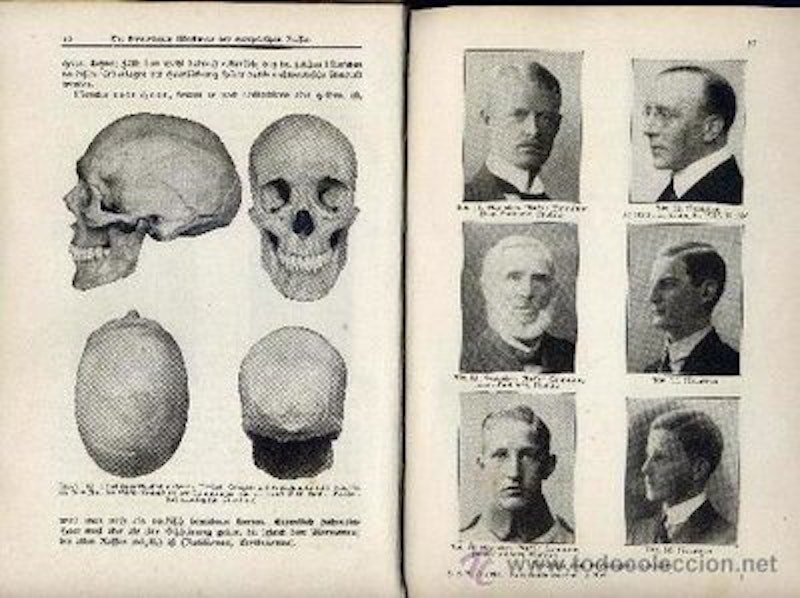 Something that all politicians and pundits agree on is that Donald Trump's remarks on Judge Curiel and Muslims are "the textbook definition of racism." It's amazing how a phrase like that can go from news anchor to Senator to columnist, merging into a single consciousness or cooking them up together into a human soup.

One thing that should be obvious, however, is that we have no idea what we're talking about when discussing race. The concept as we use it in politics or everyday conversation is an incoherent mess: it’s meaningless.

Back when anthropologists were producing racial taxonomies, Carleton Coon of the University of Pennsylvania (disclaimer: he was my step-father's sister's husband's father) produced a pretty standard enumeration. Here's a post-Pleistocene map (from Wikipedia):

Distribution of the races after the Pleistocene according to Carleton Coon.

Race on this conception was an eclectic set of physical characteristics, including hair color, facial features, height, hormonal differences, genetic inheritance and so on. The idea was a mess, and ultimately discredited as scientifically indefensible. Allow me to point out that the child of a black and white person in the United States is a black person, and that this goes back to the fact that the children of a slave master by his slave would be legally considered his property.

Racial categories are markers of power and prestige, and a racial taxonomy is often an exercise in self-congratulation: it usually hints that the person producing it is evolution's crowning achievement. But whatever races may be, "Muslim" is not a race, and "Mexican" is not a race, and "Hispanic" is not a race, and "Latino" is not a race. Indonesians don't look much like Sudanese, and anyone can become a Muslim by converting to Islam. They don't speak Spanish in Brazil and a large percentage of the population is of African descent, as is true through much of the Caribbean. Many of the people of Mexico identify as “indigenous” and speak indigenous languages.

We use “race” with total randomness to pick out hair texture, skin color, continent of residence or continent of origin, language groups, religions, and anything else we happen to find salient at the moment. We throw the pseudo-concept “race” and hence “racism” around with no meaning. We feel like we're talking about something, but we’re not. Good luck getting to a “textbook definition.”

Once people realize that there's no such thing as demons, they more or less stop asserting that people are possessed by demons. It's easy to realize that there's no such thing as race, so maybe you should stop talking about it until you can say what you could possibly mean. It's hard to know how things would change if we stopped "thinking" like this. Maybe some good, maybe some bad. But whatever would happen, we're currently making no sense at all. Don't take this as an approval of Trump's approach to anything, by the way.