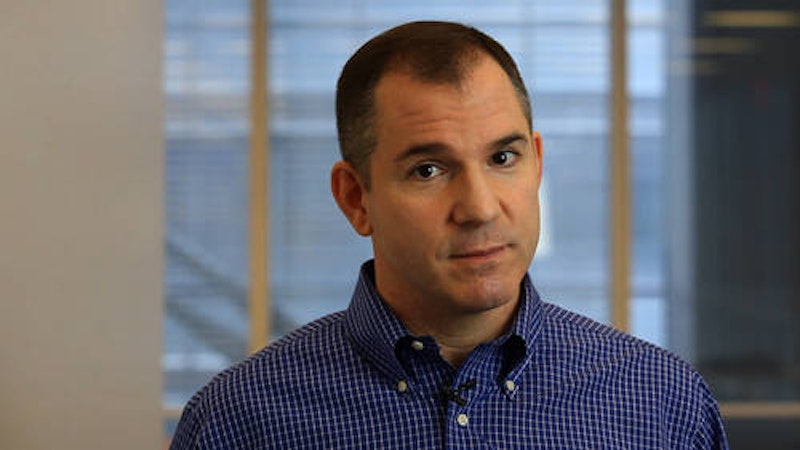 Yesterday, New York Times op-ed layabout Frank Bruni made an outstanding argument for either his dismissal or re-assignment. Granted, if editorial page editor Andrew Rosenthal really wanted to shake up his pick-up-a-paycheck (and, with the exception of Ross Douthat, aging) roster, there are more worthy targets than Bruni. David Brooks, Gail Collins, Maureen Dowd, and Charles Blow come to mind. But Bruni’s Sunday offering, “Our Insane Addiction to Polls,” added nothing to the analysis of this fall’s presidential election; in fact, if there wasn’t a date attached, there’d be no shame in thinking the Times had mistakenly re-run an old column. The following paragraph could’ve been (and maybe was) written at any point in the past two years, since polling for the midterm elections botched the GOP turnout: “I’d say we’re in a period of polling bloat, but bloat is too wan a word. Where polling and the media’s attention to it are concerned, we’re gorging ourselves into a state of morbid obesity.”

Bruni correctly acknowledges that the economic difficulties of major news organizations—never mind that the Times’ business department continually boasts of its rise in digital readership, as if the advertising revenue from those number even remotely make up for the loss of print ads—has led to an overabundance of cheap and repetitious political coverage, but he putters ahead anyway, illustrating the problem that’s the topic of his column. Just once I’d like to read a piece from Bruni, or any of his colleagues, not only at the Times, but other outlets, that proposes a limit on “horserace” stories about Iowa, New Hampshire and the candidates spelunking for votes in those states. Obviously, the Donald Trump phenomenon—unmatched in any modern primary season—can’t be ignored (as well as Bernie Sander’s more-robust-than-expected challenge of Hillary Clinton’s birthright nomination), but reporting, or searching for meaning, in his mostly idiotic comments several times a day implies that readers are morons.

He continues: “If Donald Trump wins the Republican nomination—or heaven forbid, the White House—it will be partly because we in the media justified saturation coverage of him by pointing to polls… The Times is guilty. I’m guilty. Polls are the seemingly irresistible argot of political coverage; to purge them from your vocabulary is to speak in an unrecognizable tongue.”

Translation: Bruni wishes he could explore more high-minded topics, but that would put him in the upper deck seats while his Beltway pals are playing on the field. And that wouldn’t do.

At this point in the election cycle, Americans who follow politics understand that some polls are suspect, and that there are far too many, issued almost daily. They don’t need, or want, Bruni’s “promise” that “there will be some surprises” once the votes are tallied in Iowa, New Hampshire and South Carolina.