Ten Steps to Being a Functional Conspiracy 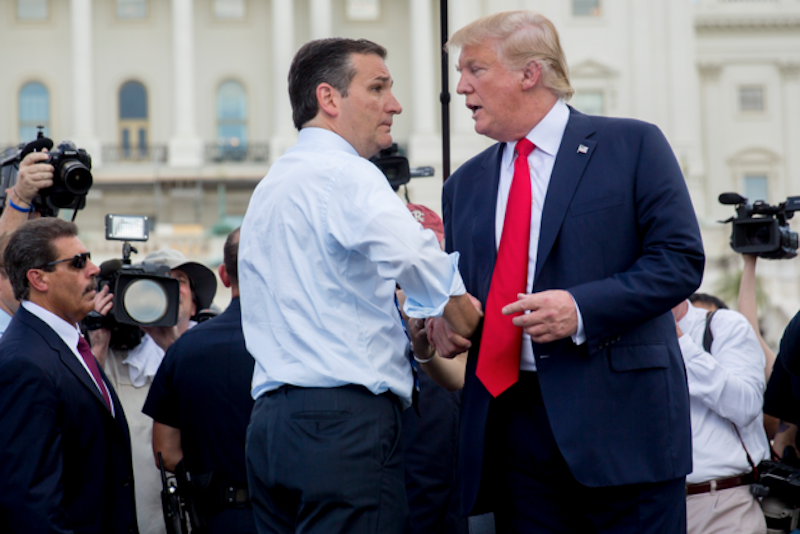 The X-Files returned to TV with new episodes last night and unveils a second new episode tonight, and it’s nice to see it shifting toward addressing post-9/11 concerns about the police/surveillance state. It’s easy to forget what a relatively free and non-violent world we lived in during nearly all the show’s original 1993-2002 run. Now, alas, we can all refer to our real-world experience for examples of how to build a conspiratorial police state. Mere paranoia is old hat.

I no longer blame people for being conspiracy theorists, but still it’s important to remember not all conspiracy theories are true. They often contradict each other, as does perhaps the most influential conspiracy theorist, Alex Jones, in this striking video mashup of his clashing comments about Sarah Palin from two different eras (my thanks to Ian Cioffi).

The important thing is to stay relentlessly focused on your ultimate goal—escape—as does this alarmingly intelligent honey badger, who wants out of his enclosure and is seen here being brilliant at manipulating objects both natural and manmade to achieve that dream. He doesn’t know the purpose of the enclosure is to protect him from lions. But then, there’s always some justification, right?

Ted Cruz, if I may use him as our real-world example for the remainder of this column, has apparently been focused on his long-term goals since high school, judging by this clip, and his dad was understandably wary (my thanks to Cathal Floinn). Be sure you know whether the goal is freedom or domination, since all political factions seem to lose track of this.

If you’re running a conspiracy, don’t be like the GOP elite, who thought they were in charge when they really weren’t. In particular, as Rod Dreher here implies, don’t be like David Frum, who always counsels being still more detached from the public, from principle, and in the end from reality as well. He’s terrible.

The GOP elite had my sympathy when they began conspiring against the Trump insurgency. But now, worries National Review, the elite is also conspiring against Ted Cruz, the only GOP candidate who still has the tiniest hope of stopping Trump. Be realistic about your strategic options.

From the polls, it sure looks to me like Cruz has to beat Trump in Iowa one week from today or most likely this whole primary is over, and conservatism and libertarianism within the Republican Party die to be replaced by—what, exactly? If it’s a sort of conspiracy between threads of fascism, populism, and pure macho b.s., I suppose we could dub the combo “fapulism.” Remember that there are elite, lowbrow, and subversive conspiracies competing all at the same time.

National Review editor Rich Lowry admits that even among his colleagues who agreed to write pieces for the magazine’s “Against Trump” issue, there is no internal consensus on who the GOP should back. Diversity is normally a strength, but the plurality guy wins by default if you have nothing comparable in size to counter him with. Almost no one’s going to get their first-choice candidate this year, but don’t let the best be the enemy of the good if you expect to do something as lowdown and pragmatic as conspire.

There’s no getting around the collective action problem you face in trying to hold a conspiracy together using only self-interested agents, a dilemma for which I blame democracy. In the free market, we can go our separate ways in peace. The best you can hope for is people flexible enough to give a bit when timing demands it, and Republicans don’t appear to be figuring that out in time.

Again, Trump wins with a plurality unless all the anti-Trump people back one person against him. I can do pragmatism. You don’t hear me delusionally shouting that Rand Paul is still a surefire rallying figure. Cruz is the obvious choice, but the establishment hates him too. Surprisingly, the establishment isn’t even that gung-ho about Rubio, apparently, despite the hawks who love him doing a decent job marketing him. Those of us who still, however half-heartedly, consider ourselves Republicans are thoroughly self-screwed if we don’t throw Cruz at Trump and screwed again in November and for years thereafter. Admit that this is no way to run a conspiracy.