Does the conservative TV network have any moral boundaries? 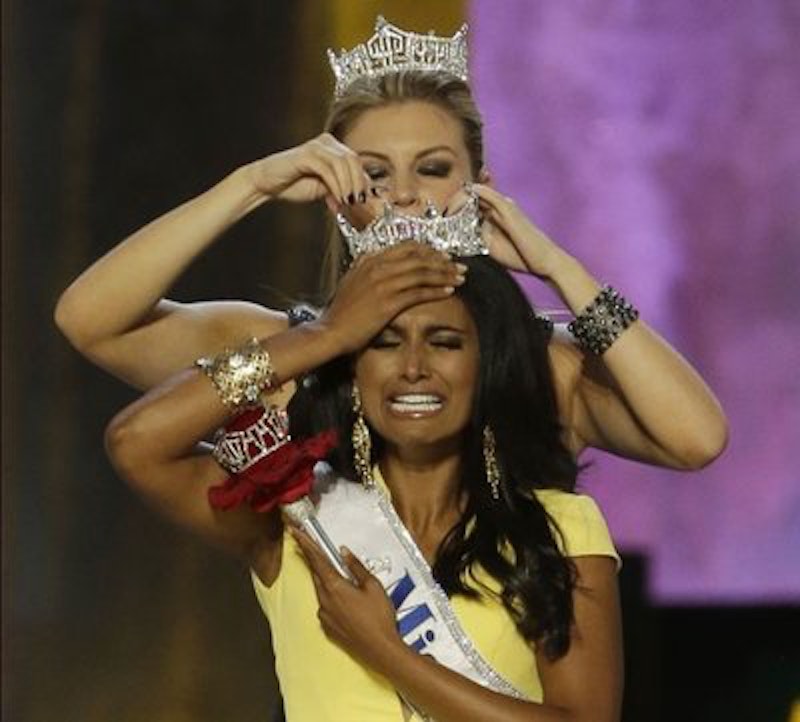 Last night, a new Miss America from New York was crowned. Her name is Nina Davuluri, a 24-year-old woman who plans to use the $50,000 scholarship (that sum is way too small) for medical school. Her platform for the pageant, ironically, was "Celebrating Diversity through Cultural Competency." For the talent portion, she performed a Bollywood-style Indian dance routine.

Disgusting, obnoxious tweets ravaged Twitter when she won the crown. “9/11 was four days ago and she gets Miss America?” read one, and there were so many more. “She’s a Muslim, Obama must be happy,” “Miss America? How about Miss 7-11,” “And the Arab wins Miss America. Classic,” and other hate-filled racist tweets swamped the feed.

Putting aside the fact that these racist idiots don’t even know India is not an Arab country, it makes you ashamed to be an American to know there is so much hate out there.

But the worst came from an allegedly “seasoned journalist” and Fox News reporter Todd Starnes. Although it is his personal account, the Twitter account identifies him as the host of Fox News & Commentary. He tweeted “Miss Politically Correct America,” and complained that blonde-haired, blue-eyed Miss Kansas didn’t win:

And on his Facebook page? He referred to his apparent homophobic/sexist fear that a transgender might someday win the race:

“It's time to crown a new Miss America! And in spite of the winds of cultural change, this is still an American tradition that requires its contestants to be ladies—although I'm sure the gender-neutral crowd is plotting."

It’s one thing for American masses to tweet racist insults at a newly crowned Miss America, but it’s far worse when a veteran journalist, who represents a news agency (I refrained from putting “news” in quotes), spews hate. Fox News is famous for pushing forward their conservative agenda. They aren’t journalists, they’re mouthpieces. But there should be a point where they can’t get away with full-on hatemongering. Fox ought to make an example of Starnes by getting rid of him and if they don’t, they’re condoning the behavior and are worse than we thought in their zealot bias.

Another tweeter wrote, “If you’re Miss America, you should have to be American.” Guess what, asshole? She’s from New York. America was created from the diversity of different cultures coming together. Conservative, racist, sexist whites are in the minority now, thank the God you claim to believe in. This is what America looks like now. Get fucking used to it.