His legacy is being written in color as well as accomplishment. 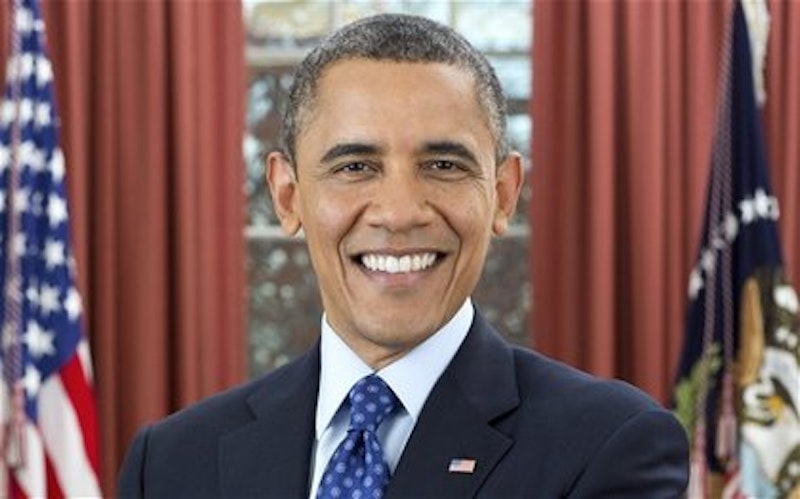 People are thinking it, and sooner or later somebody’s going to say it, probably on Fox News. So: Barack Obama is America’s first black president and he may be its last. When people look at Obama they tend to conflate his policy decisions with his color. Sorry, but that’s the way it is. And no, the same mirror isn’t applied to whites.

Don’t even consider the usual Pavlovian twitch that such post-civil rights era thinking is racial profiling. This isn’t a stop-and-frisk videotape or a zero tolerance pat-down. This is political science where analysis involves every nuance, crease and crevice, including an official’s proctology report. Above all, it requires anthropological honesty. (Declaration: I voted for Obama twice.)

The new and subtle racism has as much to do with class and economics as it does with color. Obama has implied as much himself. On numerous occasions he has implored Congress, and indirectly the American public, not to reject his policies and proposals simply because they “hate” him personally.

That admission translates to a color-coded view of the man as well as the presidency. Obama made history by becoming America’s first black president; and now he risks, by demeanor as well as circumstance, having it slip away in part because of an artificial measure. The political class will accept a black as an equal but not one who is above it.

And the long-range problem is this: The bread crumb trail of failures and frustrations that Obama’s leaving behind may provide a lifetime of setbacks for the next wave of talented black politicians who are riding the Democratic party’s escalator to higher office. They include: Mayor Cory Booker of Newark, New Jersey’s Democratic Senate nominee; Gov. Deval Patrick of Massachusetts; Attorney General Kamala Harris of California; Lt. Gov. Anthony Brown of Maryland; Secretary of Transportation Anthony Foxx; and Mayor Kasim Reed of Atlanta, to name a prominent few.

Reason would suggest that Obama might be considered a case apart from the stereotypical black—Columbia University, Harvard Law School, president of the Harvard Law Review, constitutional lawyer, author, state senator, U.S. senator, community organizer. Community organizer? It’s that last chevron, community organizer, that’s usually uttered with a sneer, not so much because of what the term means but more so what it suggests—black, ghetto, poor, housing projects, food stamps—that bedevils Obama like a pigmented rap sheet.

Obama’s election in 2008 was viewed as kind of a second Emancipation Proclamation (as well as a spectacular get-out-the-vote operation), the definitive social arrival and acceptance of the black collective in America. If the earlier reconstruction period (1866-77) was ushered in by the 13th, 14th and 15th amendments guaranteeing certain freedoms and access to blacks, the new reconstruction was validated by the Civil Rights Act of 1964 and the Voting Rights Act of 1965. And both periods were and are met with reaction and rebellion against those freedoms and gains by blacks. Even the U.S. Supreme Court got in its licks when it recently eviscerated the Voting Rights Act of its enforcement formula.

Obama is the visual and national symbol of that hot-eyed resistance and do-or-die denial of silent rebel yells.

Consider this: Sen. Ted Cruz (R-TX), the Tea Party’s current pin-up boy, was chosen to deliver the annual Jesse Helms lecture at the righteous right’s Heritage Foundation. Cruz’s show-stopper was the line that the U.S. Senate “ought to have one hundred Jesse Helms.” Helms was the unabashed racist senator from South Carolina whose moldy breath of bigotry tarnished his office.

America likes to boast to the world that diversity is its strength. As a nation it will accept and accommodate people of any coloration or tongue from every remote corner of the planet. Yet it has no tolerance for indigenous blacks. By every measure, Obama should have lost reelection in 2012. He was lucky (again, as usual) to have had the hapless Mitt Romney as an opponent and an even more skilled campaign team than in 2008.

All of which is to say that Obama has a heavier burden to bear for his policy misadventures because of his color. And they are many and apparent. His latest, for example, is Syria, where there are no good options, only bad ones. And he seems to have chosen them all. His decisions (and indecisions) resemble a man who is trying to inhale and exhale simultaneously.

The Affordable Care Act has left even his nominal allies in the labor movement befuddled and angry over Obama’s decision to postpone the employer mandate as well as the effect of exchanges on existing health care plans. This is the signature domestic achievement of Obama’s administration and it was accomplished during his first term.

The years forward have not been as kind to Obama. The loss of the House to Republicans in the 2010 midterm elections and the emergence of the Tea Party wing of the GOP were also the catalysts for more aggressive attacks on Obama, the person of color as well as the president of the opposition party.

His appointments were blocked, his policies were belittled and his ability to deal with the Republican leadership of Congress was thwarted by feuding divisions within the GOP, all of which has left Obama appearing feckless and helpless with an abundance of self-administered assistance as well as a helping hand from his White House advisers.

And for some incomprehensible reason, the Republicans will not let go of Benghazi, or the IRS, or NSA, or defunding Obamacare, or immigration reform, or shutting down government, or gun control. And, of course, the Republican’s party’s talking-points’ bullhorn, Rush Limbaugh, has personally discovered that “incontrovertible evidence is mounting” that Saddam Hussein’s weapons of mass destruction have found their way to Syria and that Obama had a hand in the plot.

To be fair, too often Obama is ridiculed, unjustly, for lacking Lyndon Johnson’s celebrated powers of persuasion when dealing with Congress. But it’s doubtful that even Johnson would be able to budge today’s Tea Party purists with his fearsome thunderclap threats or promises of patronage, bridges and dams in their home districts. What’s more, Johnson was dealing with Republicans who were the liberals of the 1960s. And most important, Johnson wasn’t black.

Obama’s legacy is being written in color as well as accomplishment. Together they do not bode well for the future of hyper-achieving black politicians at the national level. Obama achieved the success that every American dreams of except that in the view of a certain class a black man is not entitled to. And the response has been to put him in his place.