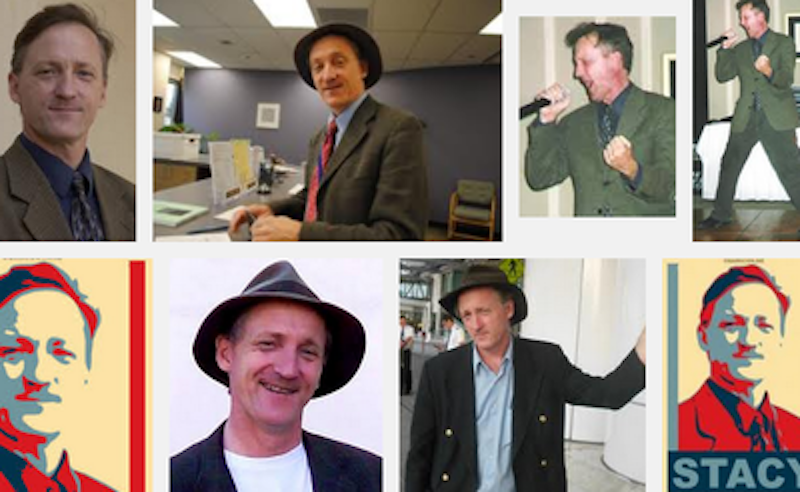 I’m going to write once more about this guy and then will try to ignore his existence, which is making me want to punch baby dolphins in the teeth while they’re smiling.

In case you aren’t familiar, the “other McCain” is a conservative right wing blowhard gasbag egomaniacal sexist douche monkey fame whore whose avatar looks like Hitler. I wrote about what a nut case he is, and then he managed to try to insult me on Twitter and he couldn’t even do that right since I wasn’t trying to be funny. If anyone needs a diversity grant, it’s him for his right-wing-nut conspiracy theory paranoia, passive aggressiveness and schoolyard bullying.

It’s difficult to express how outrageous the rantings of this guy are (he appears to spend most of his days picking Twitter fights with feminists or telling atheists to “stay classy”), so I’ll let him speak for himself. If you really want to be scared of the people who live in America, read some of the comments his douche-posse provides on his blog. They will give your future grandchildren a migraine. And if he doesn’t like the comments on a post, for example related to his obsession over “tattoo covered dildo-wielding lesbians,” he simply closes them. But as with the many evil things in the world, it’s important we know they are happening. Behold the 10 sleaziest tweets so far this month alone (out of the nearly 75,000 total? I could make a weekly list like this for the next five years) of the fake McCain.

<several dozen retweets of the word “cunt,” which he apparently loves seeing in his Twitter stream>

In summary: someone needs to take this guy’s Internet passwords away.

These are just from the last 10 days. I can’t read further into the 75,000 tweet past because it’s an insane rabbit hole I don’t want to be in; clicking one of the links is the equivalent of 150 hours of watching Fox News if it was on coke and mushrooms, so no thanks. The biggest pattern in Fake McCain’s tweets is that the majority of them are either retweeting inflammatory comments of other people about him or trolling his “haters” to pick additional fights. He’s a pro troll. He even trolled me to inspire this post.

But the sad part is this: he’s a parent and a DC-area blogger, and we have those things in common regardless of our political differences. Buried within his thousands upon thousands of mean-spirited tweets, once in awhile, you can glimpse this tiny shred of humanity: a soccer game, a Pac Man score. It’s honestly a shame he doesn’t let more of that humanity show once in awhile. It just can’t seem to fight its way through the douchebaggery.