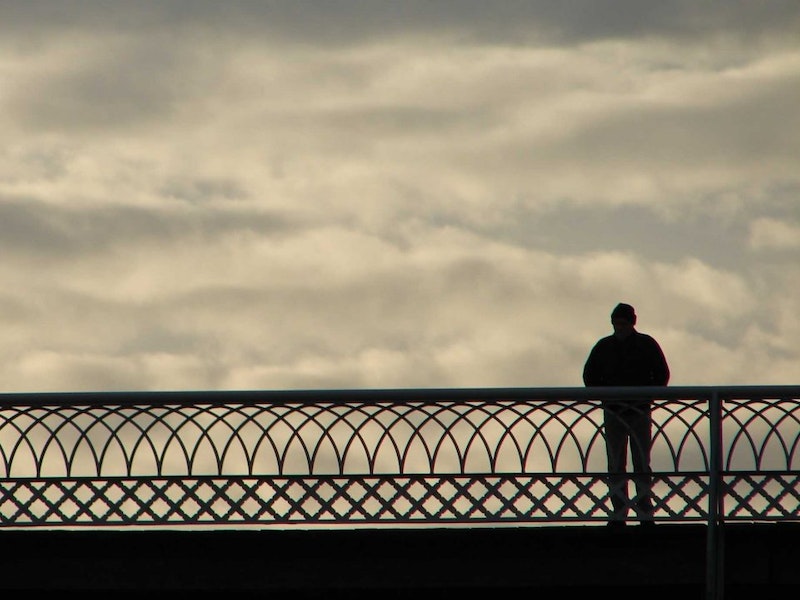 Laura Niemi and Liane Young discuss victim-blaming in their Sunday New York Times article, "Who Blames the Victim." In the first paragraph they summarize the argument in a binary terms. Some will blame a person who took a late-night walk in the park and got mugged for their recklessness, while others will extend sympathy. If someone is raped by an acquaintance after binge-drinking, some will say they brought it on by their actions, while others will empathize.

The writers are academics who’ve recently completed a series of studies aimed at identifying personal traits affecting which side of the victim fence one falls on. They found that those valuing loyalty, obedience and purity (which they term "binding values") tend to blame the victim, while those concerned with fairness and caring (individualizing values) are more likely to be empathetic. The difference is one of moral perspective. Fairness and equality versus clan loyalty and cohesion. In other words, liberal versus conservative.

Niemi and Young write that their findings show that those with binding values have a tendency to moralize. They often deplore the impure act of premarital sex or the disloyal act of burning a flag. Some believe in honor killings, the writers claim, though I'm not aware of this as a current phenomenon in the U.S. The authors conclude that society would be better served by focusing more on the perpetrators than the victims. "Why did he think he had a license to rape?" we should ask, not "Imagine what she must be going through?"

There are far too many Brock Turners (the Stanford swimmer/sex offender) out there, but focusing on why they think they have license to commit felonies will accomplish very little. Turner is most likely a sociopath. There have been credible reports that he was texting photos of his victim as he assaulted her. I don't care how drunk you are; only depraved people behave like this. No amount of societal reflection will ever reform his type, although this runs against the grain of the progressive philosophy that society can be shaped to reflect particular ideals.

Feminists and progressives espousing "individualizing values" feel they can fix the Brock Turners of the world by raising social awareness. They're working on it, but have no advice to offer women who'd like to avoid being sexually assaulted in the meantime. Implicitly, the message is that no modification of any behavior is necessary, but post-assault, no victim-blaming will be tolerated. The problem with policing victim-blaming is that it prevents any discussion of practical steps women can take to avoid sexual assault.

In her 2005 book, The Sociopath Next Door, Martha Stout warned that four percent of the population are sociopaths, mostly men. Basic math reveals that there's a good chance that there will be at least one sociopath at every frat party. They're not easy to spot because they look like this. The sociopath lacks empathy. He can hurt you badly and feel no remorse. This person probably also enjoys manipulating and exploiting people, and knows that drunk women are vulnerable. If you're a woman who regularly gets very drunk at frat parties, you're constantly making yourself a target for such predators.

As feminists only take action after the fact, here’s some advice to women. If you wish to radically decrease your chances of assault, avoid repeatedly making yourself vulnerable to sociopaths. Skipping the "pre-gaming" before the party could be one of several useful tactics aimed at cutting back on alcohol intake. This isn’t much of a sacrifice of your freedom. Wait until the feminists have eliminated the potential of these attacks before returning to your old, Dionysian ways.

Offering such advice makes me—and parents for that matter—a victim-blamer, but at least it’s a plan. Having a plan gives one a feeling of control—it's always a plus in life. The left has become reliant on labeling people to cheaply squash debate. Nobody wants to be known as a victim-blamer, so they shut up.

Brexit proponents who had legitimate concerns about EU immigration and other policies didn't want to be called racists, so we saw centrists shutting up too and just moving to the right. Even a fair share of leftists voted to leave the EU. When you shut down debate, your fundamentally dishonest approach often backfires and ends up facilitating the result you wish to avoid. Nothing feminists are currently doing is reducing sexual assaults, including the unconstitutional kangaroo courts that the federal government is now requiring on American campuses that will just lead to colleges getting sued over and over, but at least feminists can content themselves with having "individualizing values."