Brexit Until You Wrecks It

Not letting people leave is kidnapping. 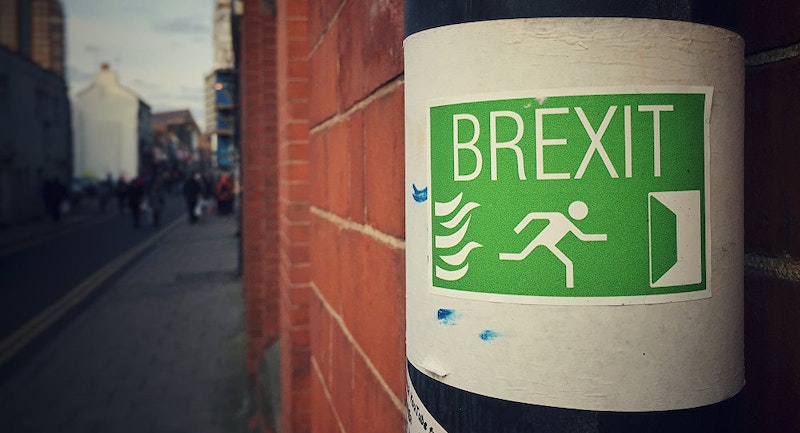 Fittingly, today is the release of the Independence Day sequel, just as the UK regains its independence from the alien, big-government monster that is the EU. But I’ll save other thoughts about the intersection of sci-fi and politics for my final week of daily columns next week. For this, my final (for now) all-politics column, I’ll stick to the amazing changes unfolding before our eyes in the real world.

When in doubt, libertarians must prefer smaller, more independent states—not because such states always choose rightly (witness the nightmare of Southern slavery) but because, all else being equal, small and independent states leave people with easier avenues of escape if a big central government, like the bureaucratic pseudo-state in Brussels, gets things disastrously wrong.

In all things, when in doubt, let people exit. Avoiding imprisoning, kidnapping, or trapping people is the libertarian thing to do—but also the humble conservative thing to do, the tolerant liberal thing, the moderate thing, and the anarchist thing. Really, only left-totalitarians have a strong reason to want an inescapable centralized bureaucracy. Only left-totalitarians are convinced they’re soon going to perfect governing and get all sane people everywhere thank them for it once and for all.

The rest of us will sometimes prefer to say, “Good luck to you, but I’d like to leave and just try my own thing for awhile—no hard feelings.” The right of exit, not enforced unity, is tolerance.

Brexit, like the rise of an unforeseen presidential candidate or a newly-popular minor political party, is also a much-needed shot across the bow of the mammoth ship HMS Progress, reminding its arrogant crew that not everyone shares the same preferred destination. If choice and options and freedom are good, the world deserves more numerous currencies, more numerous nations, and more diverse ways of doing things. The ideal remains no governments at all, just seven billion individuals, but better the government in London than the metastasizing new thing in Brussels. Congratulations, UK.

Maybe America should learn from this historic occasion and allow “Texit”—the secession of Texas or any other subsidiary unit looking to escape the morass in Washington. Not that everyone in the U.S. understands the virtues of smaller states. I’d been alarmed to see even a few libertarians leaning anti-Brexit (it didn’t help that some of the Brexit campaigners emphasized the virtues of the UK’s socialized medicine and immigration restrictions). And the conservative American Enterprise Institute recently had a panel grotesquely offering the purportedly “Conservative Case for the EU” with help from Goldman Sachs and German Marshall Fund participants. Nuts to that. Global governance is bigger and worse governance in the long run.

And capitalists everywhere should be reassured that independent states can still trade with each other, probably even more easily without one central bureaucracy to answer to. The UK is absolutely not going to stop selling things to France or Germany now. In fact, after a brief initial period of readjustment, it may now be just slightly more likely to sell without mercantilist interference from the regulatory global elite—made up of the sort of far-seeing, noble families that gave us things like international pedophile rings and Roger Clinton’s drunk driving. Brexit is a reminder that should reverberate throughout politics, around the world, of our still-intact capacity to say “Nay.”