Politicians Do Funny Things for Money 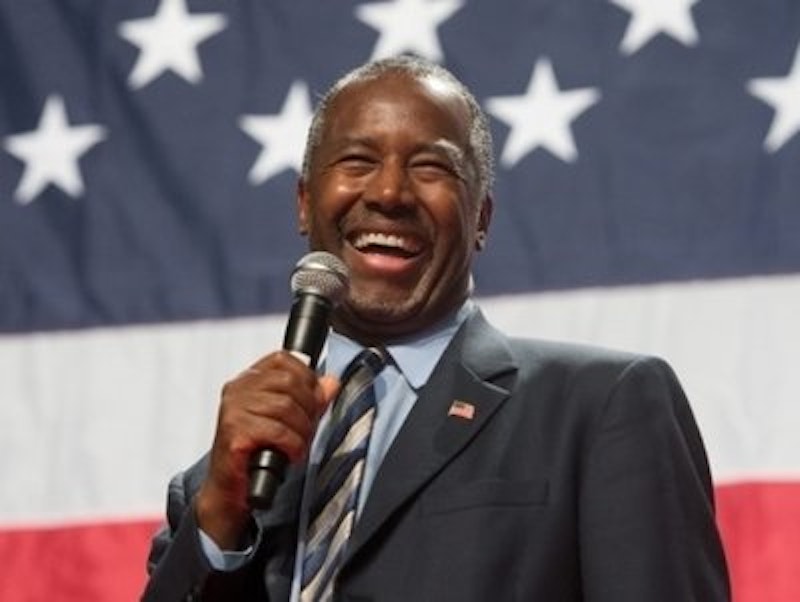 Marco Rubio and Jeb Bush tease each other about their campaign budgets. Not in a fun way, they're mean about it. They're like girls texting about weight or cup size—a lot of numbers and embattled self-esteem, all mixed together. One campaign has let herself go, the other has kept herself tight, and the key number is cash on hand, how much money the campaign has kept instead of spending. “Here's why Marco Rubio's campaign has more cash in the bank than Jeb Bush for President,” tweets the Rubio communications chief.

When Jeb's people released their figures for the third quarter, it took five minutes for Rubio's people to announce that they had more cash sitting around than Jeb had. But Rubio's campaign, that bitch, was lying. She didn't have more cash on hand than Jeb's campaign, not for the primary. Rubio's campaign had padded herself out by counting money that couldn't be spent until the general election. Of course, that was still money the campaign had saved, but the bitch had been awfully clever in what she was telling people. Look how she'd been saying she raised $6 million. No, when the statements were filed that turned out to be $5.7 million. A small difference, but the other campaigns had all been straight up when talking about their figures. Jeb's campaign greeted the news by hissing at Rubio's people with triumphant cattiness. “Lying about budgets,” tweeted Jeb's communications chief. “Guess Marco picked up something in the Senate.” Next they'll be talking about lip sores.

It's all for the donors, I guess. The ones who really give also like to stick their noses in, or so it's been reported. “I gave $2,700, I'm entitled to 2,700 opinions” is how a Republican lobbyist describes the attitude. The biggest donors like to call plays, and they like to make sure their money gets results. Republican donors sat on their money through the summer, and now the would-be establishment candidates are getting desperate. They want to show that, fiscally, they're a good bet. Put differently, they're starting to flaunt their goods, financially speaking. When Jeb's people see their salaries cut and find themselves traveling in rented cars instead of private jets—“the high life has ended,” an unnamed Republican observes to Politico—we read that the dollars saved aren't really the point. Instead the campaign wants to make an impression on donors. After this come the tweets. Basically, they all translate into “Look over here, boys, that bitch ain't shit.”

Big donors in miniature. Stanley S. Hubbard is a billionaire who's a big deal when it comes to radio and TV stations in Wisconsin and Minnesota. Back when Scott Walker was trying to be a presidential candidate, Hubbard publicly told a reporter how he’d been getting poor Walker's head straight on what issues to address. Hubbard said Walker would listen, “if he's smart,” and that otherwise Hubbard could take his money down the road. It was a hell of a light in which to place  somebody who was supposed to be the next president.

“Just before Mr. Walker dropped out of the presidential contest,” the Times reports, “Mr. Hubbard was trying to reach him to suggest that he get more media training.” I think this shows what it's like to deal with big donors.

Doc Carson's magic beans. Ben Carson has been burning up the tracks. He raised $20 million for the third quarter, June to September. None of the other Republicans raised that much; it wasn't even close. But Carson spent $11 million to raise the money. I'm not talking about spending for offices or polls. The $11 million went to what The New York Times refers to as “expensive direct mail and telemarketing consultants.” To me that's Carsonism at work. Give him a dollar and you get shafted: 49 cents goes where you want, 51 cents flies off to the shill who's squeezing you. A deal like that is about as honest as the National Enquirer, or possibly the ads for weight-loss supplements in the back pages. About 60 percent of his money came from small donors.

Does Carson get some of the 51 cents, or is he a dupe? I'm guessing the second. Carson isn't clear on what the debt limit is, and he just heard about the Knesset a little while ago. His favorite Treasury Secretary is “Andrea Mitchell's husband,” who was Federal Reserve Chairman. But Carson is still running. Self-awareness isn't his thing; neither is awareness in general.

Carson is taking a couple of weeks off so he can sell books. So he knows that a campaign can be a time to make money. For what it's worth, Politico says Carson’s campaign as a whole has been free with money, and that it “dropped $1,015 at Washington’s Johnny's Half Shell seafood restaurant and $1,400 at New York’s Sparks Steakhouse, among other expenses.” But handing over half his dollar to the consultants—surely he'd be against that if he knew. No matter what money-grubbing he pulls, he's still getting money-grubbed in turn and is too full of himself to notice.

Look at the guy on TV: he acts like it's beneath him to be awake. No need for his eyes to focus, he's got everything figured out. People like that fool themselves, and then someone smart just has to get near their pocket.