Maryland’s down-ticket candidates are nervous for 2014. 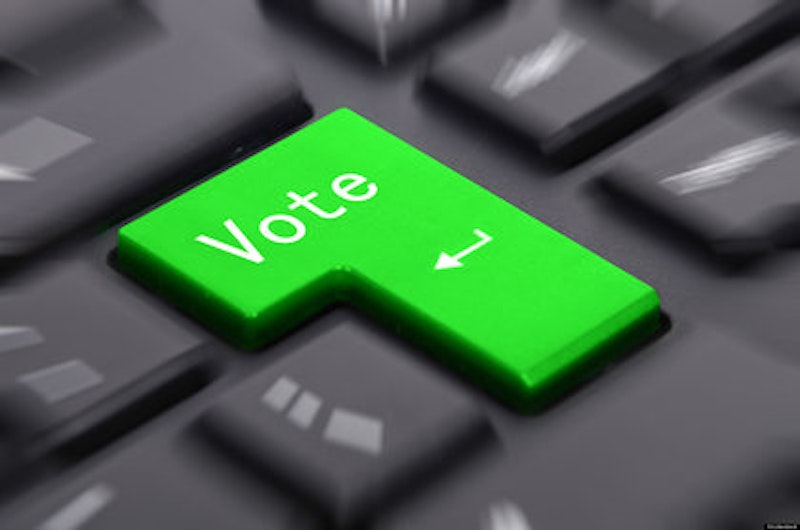 Long ago, when Maryland political bosses Jack Pollack or Irv Kovens conspired to manipulate voter turnout for the tribal ritual known as election day, they did so by expanding or contracting the flow of walk-around money in the precincts.

When President Obama’s campaign turned its attention to the harvesting of voters, it engaged volunteers, donors, field offices, computer program models, logarithms and the inspired genius of Silicon Valley.

The total cost for a Pollack or Kovens entrepreneurial rendition of democracy in action added up to maybe $50,000-$100,000, depending on the election or the occasion. The money outlay for the Obama 2012 voter round-up alone was, by one estimate, $100 million.

The results were identical. Computer models have replaced muldoons.

Dan Balz’s new book, Collision 2012: Obama vs. Romney and the Future of Elections in America, illustrates how technology has intruded where the gut used to reign: “Eventually the [Obama] team modeled practically everything—voters, states, volunteers, donors, anything it could think of to improve efficiency—to give it greater confidence in its decision making. It wanted to know who was most likely to serve as a volunteer, and it created a model to find out. The campaign established record numbers of offices in the states, and record numbers of staging areas for volunteers, based in part on analysis of how much more likely people were to volunteer if they were close to an office… From modeling and testing, the campaign refined voter outreach. Virtually every e-mail it sent included a test of some sort—the subject line, the appeal, the message—designed to maximize contributions, volunteer hours and eventually turnout on election day. The campaign would break out 18 smaller groups from e-mail lists, create 18 versions of an e-mail and then watch the response rate for an hour and go with the winner—or take a combination of subject line and message from different e-mails and turn them into the finished product. Big corporations had used such testing for years but political campaigns had not.”

The Obama campaign is coming to Maryland. Jim Messina, the mastermind of Obama’s 2012 campaign and all of its technological paraphernalia, has been hired to direct Lt. Gov. Anthony Brown’s Democratic campaign for governor. Messina’s presence is sending jitters through Maryland’s precincts. He might deliver too many votes, or maybe the wrong kind of votes. Self-preservation being the first law of politics, those at the lower end of the ballot intend to make certain they aren’t buried in a rush of voters to Brown.

Balz, of The Washington Post, writes: “Through modeling, voters were rated on a scale of 1 to 100 on their likelihood to support Obama. A similar scale was used to predict the likelihood that people would turn out. So if someone had a high support score and a low turnout score, meaning that person was very likely to support Obama but not so likely to vote, the campaign tried to make sure that person got registered and then cast a ballot, preferably during the period of early voting. Banking those sporadic voters became a top priority.”

Balz quotes Messina: “In the old days you would say, ‘Here’s a list of people we think are independents, go to those houses,’ “Messina said. ‘But you waste your volunteers’ time all over the place because despite what someone says, there are a very small amount of undecided voters.’ By knowing the voters and modeling the electorate, the campaign wasted less time pounding pavement.” (Messina’s candidate, Obama, won in 2012 with 51.01 percent of the vote, or a majority of five million votes and 332 electoral votes.)

Maryland is a closed primary state. There are 2.07 million registered Democrats, 959,120 Republicans and 636,716 independents (or declines), the fastest growing sector of the electorate. A voter who rejects a party label in favor of independent status surrenders the right to participate in party primary elections.

In Maryland, as in other closed primary states, primary elections are family affairs that are off limits to outsiders. The vastly outnumbered Maryland Republicans are considering allowing independents to participate in their primaries as they did in the 1990s. Twenty states have open primary elections.

Voting is triage. Candidates know which votes they have, which votes they don’t have and which votes can be persuaded. The persuadables are the most prized and pursued. And the danger of Messina’s advanced voter delivery system is that it might inadvertently benefit the top of the ticket at the expense of the bottom.

Messina’s computer-driven, micro-targeting of voters benefits from massive data and profiles about individual voters right down to the labels in their undershorts. It resembles the kind of tracking done by Google and other web sites that peddle consumer wares but just short of the intrusive poking of NSA.

Messina’s job is to get Brown elected. But there are worries that all of those newly “modeled” voters who Messina enlists, especially infrequent voters, may not be familiar with incumbent candidates for the General Assembly and other lesser offices than governor. A massive statewide voter drive for governor may not translate down the ballot to the precinct-level candidates, even more precipitous than the normal drop-off.

Local candidates are wary. To insulate themselves from Messina’s electronic broad reach, some are considering steps to heighten their identities beyond their normally reliable bases of support. They want to make certain they are known to those voters Messina is targeting as well. To be sure, Brown’s primary opponents, for now Attorney General Douglas Gansler and Del. Heather Mizeur (D-Montgomery), are no doubt studying Messina’s playbook, too. In fact, they might even mimic it, creating even a more complicated challenge for down-ballot candidates.

The established order of politics is comfortable with the known and the predictable. New voters create uncertainty as do new campaign strategies and techniques. In the days of bossed-and-bought politics, low voter turnout was often the organization’s goal and foul weather was a welcome guest. A drenching rain kept voters at home and away from the polls. The organization’s turnout was a controlled vote with assured results. A high yield on election day spelled trouble for the machine, a signal that the voters were in an unforgiving mood.

Endorsements usually travel from the bottom up and not the top down. It has been duly noted that Brown is the Democratic establishment’s choice for governor. He racks up new endorsements daily, including those of the party’s top ranks. The elected officials who’ve expressed their preference are the Pied Pipers who get out the vote, for themselves and others. Messina could very well disrupt the pattern.

Voter registration drives and get-out-the-vote efforts are nothing new. In today’s plugged in world, they are a galaxy beyond phone banks and sound trucks. During the 2008 and 2012 elections, the Obama campaign barely registered a presence in Maryland but left the mechanics of the election to local Democratic satraps and the state’s 33 percent black population, the nation’s fourth largest.

Back in the 70s, when political television commercials reached their most lethal, media consultants were accused of packaging and selling their candidates like supermarket products. The opposite was true. They were actually packaging voters by aiming for common denominators and marshalling the electorate into a workforce. Ditto Messina.

There’s a vintage story that Messina might appreciate as he approaches Maryland. Back in the 60s, Old Tommy D’Alesandro, as distinct from Young Tommy D’Alesandro, father and son mayors of Baltimore, confidently predicted that his Little Italy precinct would deliver 628 votes for his candidate and 10 against. On election night, the tally showed a 627-11 vote. When asked what happened, D’Alesandro said: “I don’t know. But I’m gonna find that sonofabitch.” Now that’s targeting voters.