Existing Outside the Gender Binary

Not everyone wants to identify with the gender they were assigned at birth. 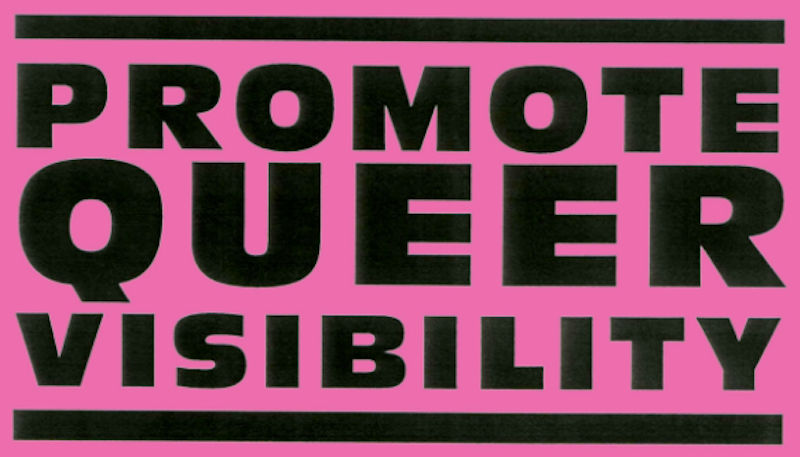 “Genderqueer: a controversial term describing anyone considered ‘queer’ because of how they express sexuality or gender.”  This is how a 1999 issue of The Advocate coined a term describing people living beyond the gender binary. Until the 1990s, but especially with the most recent wave of the genderqueer movement, not much had been said about people living outside the binary, even though genderqueer and non-binary folk have existed forever.

Before the last few years, I knew almost nothing about what the term “non-binary” meant. It’s simple. Non-binary: outside the binary, not within the binary. Binary: two. Now apply that to gender. When I was growing up in rural Tennessee, people who were not defined as boy or girl, man or woman, were the “other.” Usually this meant transgender, or where I was growing up, “transvestite” and “transsexual.” There wasn’t much to be said about those who exclusively identify as neither man nor woman.

It wasn’t until about a year and a half ago that I came out as non-binary to close friends, my sisters, and the Internet. At the time I was afraid, mostly because I was confused. It’s hard to not really know what you are in a world that’s so fixated on one’s identity. I began to use neutral pronouns like they/them, and friends criticized me because they/them is a “plural” pronoun. Even my own preferences were just too hard for people to follow, preferences that made me feel safer in my own skin, the preferences that made me feel like I had more control over the way people saw me, like I wasn’t only being seen as a girl when I knew damn well I was not just a girl. Everyone wants to know what you are, even when you don’t really know yourself. I knew I wasn’t just a girl, but I also knew I wasn’t a boy either, but even now I’m still ridiculed for who I am.

Recently, Jamie Shupe became the first legally non-binary person in the United States. I cried when I read the article about them in Out, written by Jacob Tobia, a fellow genderqueer activist, writer, speaker, and artist. Jamie speaks about their own experiences with coming to terms with their gender identity, their opinions on gender-neutral bathrooms, and the mental trauma that people who actively live outside the gender binary goes through every day. Jamie says, “The binary is nothing but toxic to all of us,” and I can’t agree with them more. Why are we constantly so dictated by our genitals? Why do we have to present ourselves in a manner that coincides with our identity when our identity is so vague, so complex and fluid, in order to be taken seriously? Even non-binary folks are expected to look a certain way, to act a certain way. Why are we so defined and categorized by something that shouldn’t matter to anyone except ourselves?

Gender oppression is too common in today’s society. However, the general public still seems to have trouble coming to terms with the fact that not everyone wants to identify with the gender they were assigned at birth. Isn’t that a weird concept in itself? “Alright folks, this baby has a penis. We will name you John. You will wear the color blue. For the love of god, play sports and stay away from dolls. Oh and you also matter more than girls and everything one else. I swear if I catch you wearing a dress I will call you a fag and never let you dress freely based on your own personal interests and likes. Also, your opinions matter more than anyone else’s, John, and don’t let anyone see you cry because that makes you a pussy. God luck in this fucked up gender biased world!”

Gender oppression has kept people in the dark Gender Closet for years, but thankfully for us queers, the term “genderqueer” and “non-binary” are becoming more widely known and accepted, especially among Millennials. Riki Ann Wilchins, activist and founder of GenderPAC, wrote in the 1995 newsletter of Transsexual Menace, In Your Face, that: “The fight against gender oppression has been joined for centuries, perhaps millennia. What’s new today is that it’s moving into the arena at open political activism. And nope, this is not just one more civil rights struggle for one more narrowly-defined minority. It’s about all of us who are genderqueer: diesel dykes and stone butches, leatherqueens and radical fairies, nelly fags, cross dressers, intersexed, transsexuals, transvestites, transgendered, transgressively gendered, and those of us whose gender expressions are so complex they haven’t even been named yet. Maybe us genderqueers feel it most keenly because it hits us each time we walk out the front door openly and proudly.”

Genders outside the binary have existed in countless cultures throughout history. In certain societies, they are a specialized and protected class, holding more wisdom than that of a man or woman. In at least 155 Native American tribes, a third gender known as the “two-spirited people” was recognized a person who had the spirit of both female and male, which gave them abilities beyond “regular” men or women. Indonesia also recognizes a third gender known as Warias, who face discrimination in a dominantly Muslim society that only acknowledges the gender binary. The Hijras of India also live outside of the binary and face discrimination, like so many other genderqueer peoples of the world. They are frequently turned away from hospitals and denied employment, often forcing them into sex work and homelessness. All over the world, people who live outside the gender binary are acknowledged, but still face hatred and discrimination that consequently forces so many of us into unsafe work practices, homelessness, and untreated illnesses.