RQ says he’s friends with Corbyn and BoJo, refused a deal with Peter Thiel, and won’t let his wife leave the attic. 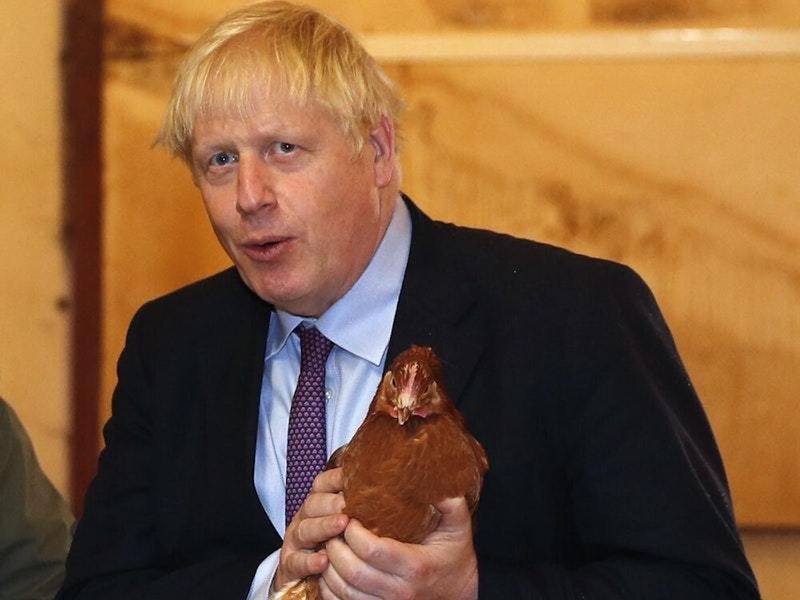 I’m in a bit of a kerfuffle today. A friend’s come to collect on a favor. I’m no don, but I’m a bird of my word. Hence the kerfuffle. Yes, that word was coined by humans and we in the avian community do resent it. It’s an onomatopoeia that renders of our natural noises. It is shameful and haram, but such is life for a minority species on homosapien-controlled planet Earth. Here in glorious New England, the sun has set and my wife is still locking herself in the attic with her games. It’s so weird that she screams to be let out almost every day, even when I don’t bring her food or water, despite the fact that she told me she wanted to be left up there unbothered so she could enjoy her games and computers. Alas, I lost the key. If she ever deigns to join the living again, I guess I’ll have to get a ladder.

I can’t say whom I would’ve voted for if I were a British bird. Perhaps Corbyn (a friend), or maybe even BoJo (a closer friend). Given the Tory landslide, I suppose I would've voted for Corbyn (he's not an anti-Semite, but I'm not sure if he's vegetarian. Investigating... Well, I guess it doesn't matter now. His career is over. I know I have thousands of U.K. readers, and I must say your parliament rules confuse and scare me just as much as your extremely short elections. I enjoy our perpetual campaigns in America: it gives voters an opportunity to see how much a candidate will degrade and lower themselves to get or stay ahead in the polls. If our elections lasted a week, what would’ve that meant for Kamala Harris? She could’ve been inaugurated a year ago; instead she’s dropped out two months before Iowa. As another close, close friend of mine said today regarding the primary field, “It’s wide open now.”

I’d ask my friends who they’re voting for but don’t want to be rude. Unfortunately, sometimes rudeness is necessary for a more civil society. Lizzo is fat and shouldn’t be anyone’s role model. Video games are a cancer on our young and it’s currently draining my wife of all life she once knew. Vaping? I’m fine with it, as long as I can smoke wheat again indoors. I won’t drink rye whiskey ever again, and cow or pig meat? Of course not; I am not an animal. Technically, sure. But so are you. You, well, I don’t know you. Do you help blind women cross the street? What about doves with bent wings on cripple creek? Ever picked up a hitchhiker? Given to your local Salvation Army? Donated to any non-nefarious political organization? Yeah… didn’t think so.

My friend Peter just came over to discuss some stock options so I’ll have to wrap things up here. Sigh… yup, I’m literally dead. So tired I could plank. Peter keeps telling me to invest in his island but honestly his ideas scare me… he wants to manage the genetics of the human race. And why? He himself is a homosexual. Is this not an undesirable trait in the eyes of eugenicists like Mr. Thiel? Shit, I wasn’t supposed to say his name… eh, Russ will probably delete this. Just like he silenced my wife earlier this week when he DM’d her on Twitter (creepy) and asked never to send anything to him ever again. What gives? I thought he liked our family.

Well, as long as I’m safe, I couldn’t care less. Besides, if anything happens to me, it’ll be on Monica’s conscience. And yours. You too, Russ. Mary, you’re also not innocent. I’m still making my mind up about Emma (cat lover). Nicky is the worst of them all. Booker… Booker you’re cool, don’t go into school tomorrow.