The Next Political Party

It’s possible the GOP, in the wake of Trump, will no longer exist. 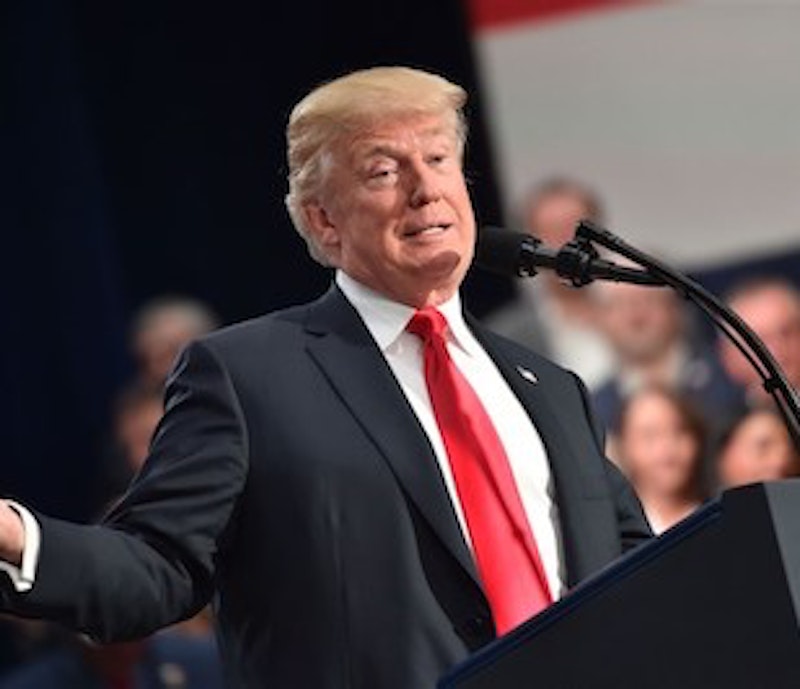 Hopes for a new major political party have been dashed many times in American history, but we’re living in a particularly unsettled moment. The scandals and chaos of the Trump administration raise the possibility that the Republican Party could disintegrate or sink into the lower lines of ballots alongside such perpetual losers as the Libertarian and Green parties.

Ironically, a Trump impeachment might reduce the chance of such a collapse. Impeachment by the House without Senate conviction could be seen as Democratic overreaching. Impeachment with conviction would require that a substantial number of Republican senators turn against Trump, which would infuriate his base but perhaps preserve the party’s viability. Still, impeachment or not, I wouldn’t want to be a Republican strategist planning the party’s future.

Because the Democratic-Republican duopoly has been around for so long, it’s common to assume it’s not going anywhere. But there are any number of organizations that once looked like they would endure and then vanished or sank into irrelevance: Gimbels, Woolworth’s, Lehman Brothers, Bear Stearns, Pan Am, Eastern Airlines, Enron, MCI WorldCom, the Tobacco Institute, the Knights of Labor, and Arthur Andersen, to name a few.

There’s been some ferment lately about policy ideas that might appeal to a revamped party of the center-right, including a commendable paper just put out by the Niskanen Center. To a large degree, though, such efforts have been couched as advice to the Republican Party, in hopes that it will remake itself for a post-Trump era. But it may not do so, and it may not even exist. Additional thought should be given toward creating a new political party, in case the Republican Party disintegrates—and better yet, to help push it into oblivion.

A few months ago, I wrote an article discussing Max Boot, and in it I brought up the possibility of a new political party forming that might appeal to Republicans-turned-independents like Boot and me. I suggested, as a tentative thought, that this notional organization be called “American Renewal.”

The name of a political party matters. It gives an idea of what the party is about, while offering a brand and identity to which voters may gravitate. “Democratic” suggests a party that is attuned to the interests of a wide swath of people; that gives voice to the common folk. The term “Republican” conveys some affinity for institutions and rules, ones that share power—a republic is not a monarchy—but that also protect against a tyranny of the majority.

If you say something about “democracy” on social media, you’ll plausibly get a riposte from somebody (usually a right-winger) to the effect that “We don’t live in a democracy, we live in a constitutional republic.” Yet by normal definitions, we live in both, as the categories of democracies and republics include a wide range of arrangements with a great deal of overlap.

In the early years of the Republic, the contending parties were the Federalists and the Republicans; the latter, also called Democratic-Republicans, became known by the 1830s, and still are, as the Democrats. That name shift reflected the party’s growing populism, epitomized by the presidency of Andrew Jackson. The Republican Party that exists today is a separate organization that dates to the 1850s.

The Federalists, who dominated the country in the 1790s but faded away in the 1820s, were so named because they advocated a relatively active and empowered federal government. Their influence lasted far longer than their party did, as the subsequent development of the U.S. government and economy were more along the centralized and industrial lines envisioned by Hamilton than the decentralized, agrarian hopes of Jefferson.

The term “federalist,” however, nowadays often means devolution of power away from the federal government and toward the states. That, for example, was the aim of the “New Federalism” propounded by the Reagan Republicans in the 1980s. This dual meaning has a certain logic. A federal government, by definition, is one that leaves some degree of autonomy to smaller political units. Adjusting the balance in one direction or another is part of federalism.

Occasionally, people have suggested that a new political party resurrect the Federalist label. That wouldn’t be my top choice: too much work to do in explaining the name and also in differentiating the new party from existing institutions (the Federalist Society, The Federalist website). Something imbued with a more contemporary sensibility is needed. Modern Whigs, which actually is the name of a political party, is an even less promising idea.

The Reform Party might’ve been a useful name if it hadn’t been taken by Ross Perot and a motley crew that tried to follow in his footsteps (including the 1999 version of Trump). “Reform” suggests an outlook I’d hope for a new party to have: forward-looking but practical, incremental, respectful of the country’s institutions and determined to make them work.

Even better at evoking those things is the term “renewal.” To renew something is not to break with a benighted past, as suggested by a term such as “progressive.” Nor does it indicate a reactionary interest in returning to an imagined past—or restoring supposedly lost greatness. When you renew, you update for the present, but you build upon the past. It’s a term that connotes moderation, as evidenced by its use in Renew Britain, a centrist party there.

And that’s how I get to “American Renewal.” Forward-looking but grounded. Patriotic. Aware that a lot’s gone wrong with our country but optimistic in moving forward. A party that a broad middle segment of the political spectrum could get behind, but with enough nostalgia and toughmindedness to draw from the right, too. A competent opponent to the leftward-veering Democrats. American Renewal. Who’s with me?