Is hubris half the market, wonders Todd Seavey? 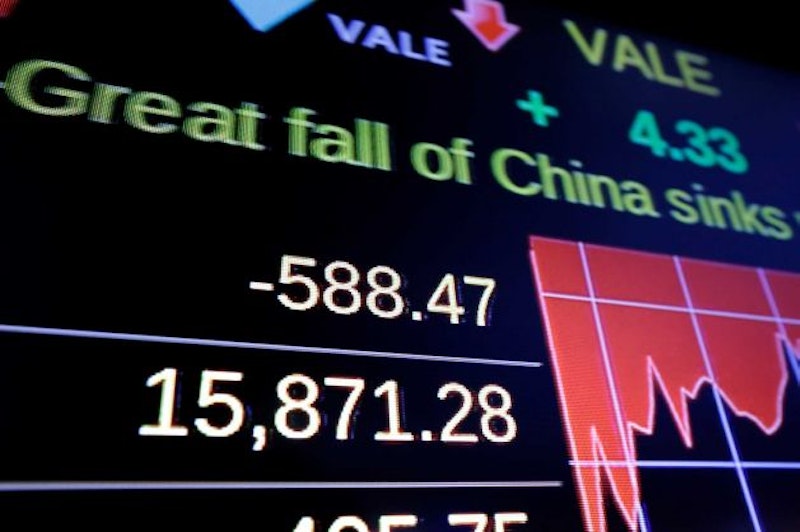 Hey, I don’t know how much farther the stock market will fall after yesterday’s 588-point drop, but I can tell you why libertarians tend to be short-term pessimists and long-term semi-optimists, if that helps.

The long-term part is easier to explain. Basically, even as human whining becomes an ever-more-refined art form, life tends overall to keep getting easier and better. We live about twice as long as we did a century ago, and there are only about half as many people around the world in dire poverty as there were a mere generation ago (about one billion vs. two billion).

Technology isn’t going to stop and neither are all the other little day-to-day quests for new efficiencies and streamlined methods. You, you poor slob, can get things custom-made now that even the rich couldn’t get made at all a generation ago. If the robots don’t kill us (and they may), we’ll probably be okay in the long run—and that means we’ll get richer, and the stock market (or whatever takes its place) will always tend to go up in the long run. Look at striking long-term graphs if you don’t believe me.

In the short term, though, libertarians, especially ones rendered as paranoid by awareness of Austrian School business cycle theory as I am, know that the U.S.—and to a lesser extent Europe—have become addicted to the delusion that if, say, you print twice as many dollars (and call it quantitative easing or even stimulus), everyone becomes twice as rich. Okay, okay, I’m oversimplifying thinking of the government money-printers—but not by much.

At some point—and with increasing frequency these days—everyone catches on to the fact that prices have gone way up but not because everyone was getting wealthier in the sense of having twice as much stuff or finding it twice as easy to live life. There are just a lot more dollars floating around.

And then they despair and realize it was half Federal Reserve-fueled illusion all along—which inspired a tiny bit of optimism while it lasted and thus a tiny bit of frenzied new productivity, perhaps, but was ultimately just a deception designed to make people think a doubly-valuable world was springing into being when it was only trudging along in its usual fashion.

Then they start decreasing their investing, hoping, big-purchase-making, and planning for the imminent bright future—and the stock market goes from 16,000 to 8000.

All right, it’s not that algebraic. If I thought it were that simple, in fact, I’d probably be a macroeconomics-loving Keynesian and see the whole economy as a formula with about three variables instead of seven billion unpredictable moving parts. But it’s one pattern to keep in mind—and the reason your Ron Paul-admiring friends keep looking tense and waiting for the shoe to drop still further.