“Socialism” or “Nuts” on the label can be good, notes Todd Seavey. 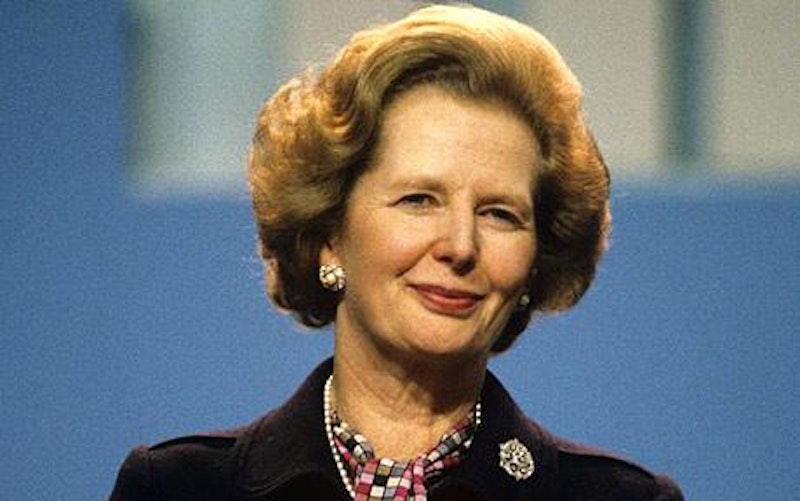 The head of Canada’s “social democratic” party, the New Democrats, has praised the late Margaret Thatcher and the free-market classical liberalism (or neoliberalism) that she represented.

Thomas Mulcair, who could become Canada’s first nominally socialist prime minister depending on how well his party fares in Canada’s upcoming parliamentary elections, said back in 2001, “A government should never pretend it can replace the private market. It does not work.” In the UK, he said, until the “wind of freedom” that Thatcher represented, “the government poked its nose in everything.” The solution, he said, “isn’t more intervention by the state but less.”

He now clarifies, reasonably enough, that he merely believes in delivering the best possible services to the public and that more often than not, that means market-based services.

My friend Jacob Levy, a Montreal-based political scientist and author of Rationalism, Pluralism, & Freedom, pointed out this curiosity. But then, Jacob has long contended that political party labels really are a terrible indicator of what politicians will do and what (if anything) they believe. Perversely, politicians might even be less likely to pursue the policies promised by their labels, since they may already have those voters in the bag, as it were, and be more worried about picking up doubters. Conversely, they might be able more easily to get away with enacting policies (good or bad) that the public and press weren’t expecting from them.

And what’s in a name, after all? In politics, labels often do more to shore up partisan tribalism, with all the stupidity that brings, than to clarify principles, policies, and plans. It appears one of the more libertarian presidential candidates in the U.S. right now, judging by the positions on his campaign site, is using the label “Deez Nuts,” in fact.

Alas, he’s 15 (and lives in Iowa), and while he can legally campaign, he cannot actually assume the office of the presidency even if he gets the majority of the votes—though he’s polling pretty well, since the pseudonym is funny and plenty of people have learned to look to politics for amusement rather than solutions. Perhaps he could serve some role in a Gary Johnson or Rand Paul administration.

I admit this whole Trump thing—and to some extent the Clinton thing, too—have me feeling as if none of this matters, though. Out there, floating around as if at random, with labels that are meaningless or flat-out deceptive, are a few good policies that could in theory be enacted, but our fates will be determined by egomania, criminality, personal grudges, the public’s love of fame, the amount of p.c. or resistance-to-p.c. currently percolating in the culture, and of course countless truly random factors such as something large exploding in Ukraine or elsewhere.

The constantly shifting environment of politics mostly yields terrible things and on very rare occasions good things, and we cannot even clearly and reliably give name to them. No wonder sane people tend to stop talking about it all.