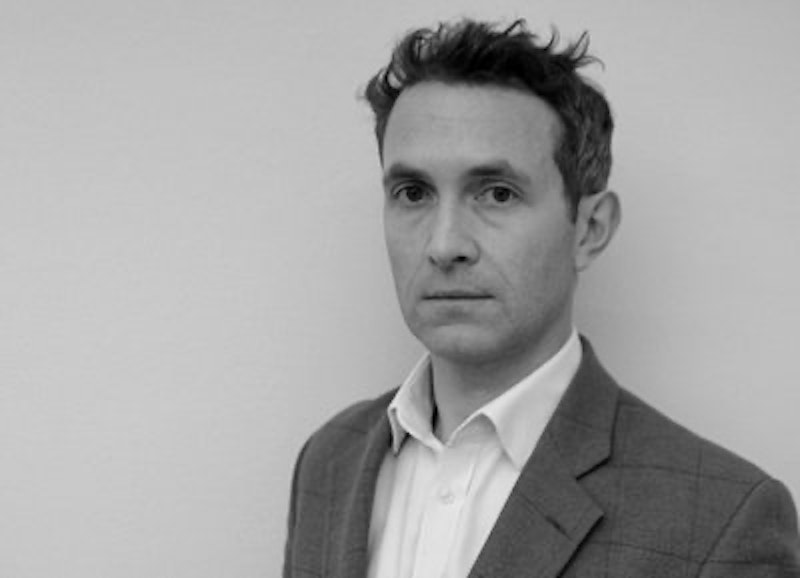 There’s a small group of polarizing figures who, in the process of being simultaneously embraced and vilified by competing political ideologues, take on two distinctly perceived personae. Author and speaker Sam Harris and University of Toronto psychology professor Jordan Peterson fall into this category, as does conservative Ben Shapiro. From the U.K., Douglas Murray, founder of the Centre for Social Cohesion and associate director of the Henry Jackson Society, qualifies as a British member of this dual-sided cadre of those few who speak their minds without fear of consequences.

Murray, whose most recent book is The Strange Death Of Europe, delivers blunt opinions with a piercing intellect and aggressive debating style reminiscent of the late Christopher Hitchens. His views, which fall well outside the mainstream media’s comfort zone, often shock those used to relying on predictable MSM pablum to stay informed. The death he writes about is engineered by ignorant politicians suffering from an acute case of short-termitis, coupled with a weak culture lacking belief in itself. These politicians are setting up a cultural suicide—the method of death is mass immigration from Muslim nations.

A white male offering such unvarnished opinions becomes a lightening rod, even though plenty of people must have caught at least a whiff of death in Europe after the Charlie Hebdo and Bataclan theatre attacks in Paris, the Manchester Arena terrorist attack following the Ariana Grande concert, and the Bastille Day atrocity in Nice when a truck ploughed into a large group of people watching fireworks, all of which happened after November of 2015.

Private thoughts are one thing, but frankly voicing them is altogether different, particularly when addressing the single least likely topic to be honestly discussed in public—Islam. Murray has referred to that religion as “the slowest kid in the class.” He enjoys living in a modern society, and is annoyed about being burdened with having to engage with a belief system that he sees as archaic, unenlightened, and oppressive. Murray wants no part of getting caught up in a struggle he feels no connection to. He's an Englishman and doesn't want the Muslim world's myriad problems to become his problems.

Murray qualifies for the all-purpose slur of “Islamophobic,” which has become the automatic, and often cynical, comeback to any criticism of the practices and tenets of Islam. His critics say he uses his eloquence and Oxford education to cleverly package bigotry disguised as objective analysis. They innacurately claim Murray praised Jean Raspail’s 1973 novel, The Camp of the Saints, a favorite of Steve Bannon which left-wing media outlets like The New Republic, Huffington Post, and Slate have called a white-supremacist fantasy tale.

Although Murray regularly states that it's a tiny percentage of Muslims committing acts of terror, he still isn't letting non-violent Muslims off the hook, which sets him apart from the standard anti-Islamists, who reserve their ire for the extremists while praising Muslims who, as Ben Affleck put it on Bill Maher’s Real Time, “just want to eat some sandwiches and pray five times a day.” Perhaps being gay heightens his fears of Muslim immigration, as he's  seen the U.K. polls showing that half of Muslims are in favor of outlawing homosexuality.

If 50 percent of any demographic group were in favor of outlawing heterosexuality, how many of Murray's critics would be welcoming them to Europe? Perhaps they can't recognize their own privilege. They call him intolerant, but is it really intolerant of him to think this way about people who’d like to have him arrested and jailed for being who he is?

Immigration has plenty of pluses, but if improperly managed it can become a time bomb. Perhaps this is the right time for Europe to reevaluate its policies, many of which were based on little more than optimism, but how can an actual debate over the issue take place when only people like Murray, who don't care if they're called Islamophobic racists, will speak up on the “nay” side. The optimists have long prevailed, but the pessimists paid attention when Turkish President Erdogan urged “his brothers and sisters in Europe” to start a baby boom by having “not just three but five children, and instructed German Turks, while he was visiting Germany, not to assimilate in their new country. Murray called this sedition, while progressives, who aren't strong at detecting certain threats, seemed oblivious once again.

Murray points out the irony of progressives assuring us that we have no right to think Western Civilization is superior to any other, when the Muslims who are coming to Western nations harbor no doubts that Muslim culture is superior to other cultures. Those progressives are what many on the Right call “cucks,” because they meekly refuse to stand up for themselves and are proud of it. Murray believes that the introduction of a very assertive and confident culture like Islam, with its strong views on everything from the proper banking system to the meaning of life and love, into a very weak, self-loathing culture like Europe’s will produce predictable, disastrous results. He's said that what's happening in Europe is something not even the most paranoid would’ve predicted a decade ago.

The fact that, when it comes to Islam only, race and religion are conflated (quite often purposefully for strategic reasons) works to Murray's disadvantage. He's concerned about European civilization inundated with a culture that often appears to be, developmentally, centuries behind it. This, by any objective measure, is a legitimate concern, but it opens him up to attack from the Left, who wish to portray him as a xenophobic, bigoted colonialist in order to marginalize him.

Murray’s said that Angela Merkel was probably doing the only thing that a civilized people can do in welcoming in so many refugees. Unlike liberals, however, he can see what's happening to Europe as a clash of two virtues, rather than a confrontation between right-thinking and wrong-thinking people. The other virtue is maintaining an advanced, tolerant culture that many have fought hard for when a less advanced, less tolerant culture is invited in. The Left refuses to recognize this as a worthy cause, which is why Europe needs its Douglas Murrays.