The libertarian writer provides life rules for the affluent. 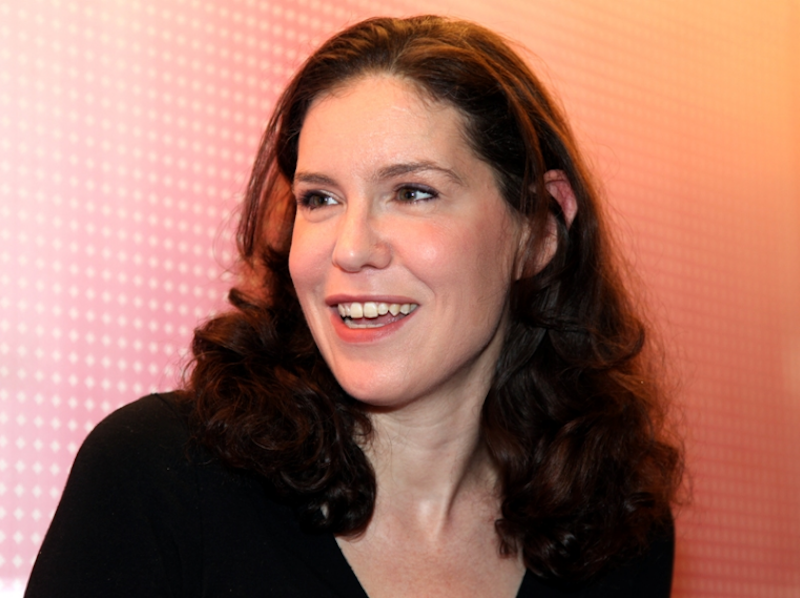 Libertarianism is stereotypically hard-edged and austere; it's a philosophy for hard-minded numbers-crunchers who want to replace every bleeding heart with cold equations. Self-help, on the other hand, is a soft and squishy genre—a warm puddle of rigorless affirmation. Yet libertarianism and self-help are united in their core commitment to individualism. Via strong-minded focus or goopy self-affirmation, libertarians and self-help books agree that your destiny isn’t in the stars, or society, but in yourselves. Tend your own garden, both declare, and happiness can be yours.

Libertarian Megan McArdle demonstrated her ideological common ground with self-help rhetoric in a post last week on the occasion of her 45th birthday. The post provides, "12 Rules for Life," in accordance with the Internet meme.

The post is, in the self-help tradition, light-hearted but earnest. The suggestions follow standard self-help proscriptions too. McArdle urges her readers to "be grateful" rather than bitter. "You won't get a refund from the universe for the time you spent brooding about the unfairness," she chastises. Along the same lines, she insists, "Politics is not the most important thing in the world. It's just the one people talk about the most." Politics "doesn't matter as much as the real people around you and the real things you can do in the world." If you have to choose between politics and friendship, she says, choose friendship.

That all sounds innocuous, in large part because self-help libertarianism is the vacuous default ideology of the sensible spineless centrists who have a stranglehold on most mainstream media. But the plea for depoliticized gratitude isn't the universal nostrum that McArdle blithely assumes. It's easy to say, "be grateful, not bitter" if things are going pretty well for you. But it's far more difficult if you're homeless, have a chronic, life-threatening medical condition which your insurance won't pay to treat, or if you don't have the proper documents and so ICE agents kidnap you while you're taking your child to school. Politics "doesn't matter" until it really does.

Politics can and does kill people. And bitterness and anger at the real violence and pain caused by political decisions leads people to work for change. McArdle, in accord with the twin philosophies of libertarianism and self-help, urges her readers to turn inwards; to prioritize their private lives and mental states over concern about community and society. Focus on yourself and all will be well, she says. That seems like a live-and-let live philosophy. But in practice it means that McArdle is blaming people who, for various reasons, have no choice but to treat politics as if it's important. If your relative is shot by a racist police force, "be grateful and don't pay too much attention to politics" isn't good advice. It's a dismissive insult.

The most clueless piece of advice McArdle offers is about financial planning. McArdle declares, "Save 25 percent of your income." She then prattles on about how you can do this even in New York and concludes, "cut out the things in your life that matter less than the financial freedom that will let you take important risks while sleeping easy at night."

This is no doubt good advice—if you’re, like McArdle, a comfortably upper-middle-class professional. Median household income in the United States is around $59,000, according to the census; that means a lot of people are making less than that. There are many people in the United States who are living paycheck to paycheck, desperately trying to pay for rent, food, and medical care. They don't have a quarter of their income devoted to discretionary spending which can be put into retirement savings. They don't have any of their income to put into retirement savings.

McArdle's obliviousness is irritating, but it's more than just that. McArdle frames saving for retirement as a choice: if you’re virtuous and wise, you’ll put money aside, and be happy in old age. People's financial fortunes, and therefore their happiness, health, and safety, are all, supposedly, in their own hands. You can choose to have enough money for retirement if you want. If you don't choose to spend wisely—then you deserve to starve in the street, don't you? The friendly encouragement of self-help can easily morph into the bloodthirsty indifference of libertarianism.

When you're successful it's easy to assume that the success is due to your clever life strategies, rather than to the vicissitudes of birth which have allowed you, through no particular virtue, to draw a large salary and live in comfort. But meritocracy is a myth, whether spouted by libertarians or self-help gurus, or, as in this case, by libertarians moonlighting as self-help gurus. Happiness and success aren’t achievable by all, regardless of external circumstances. If your rules for life don't include "work for justice and equality," then your self-help article isn't actually about helping anyone. It's about patting yourself on the back.