Gosh, that Bernie Sanders is a rascal! 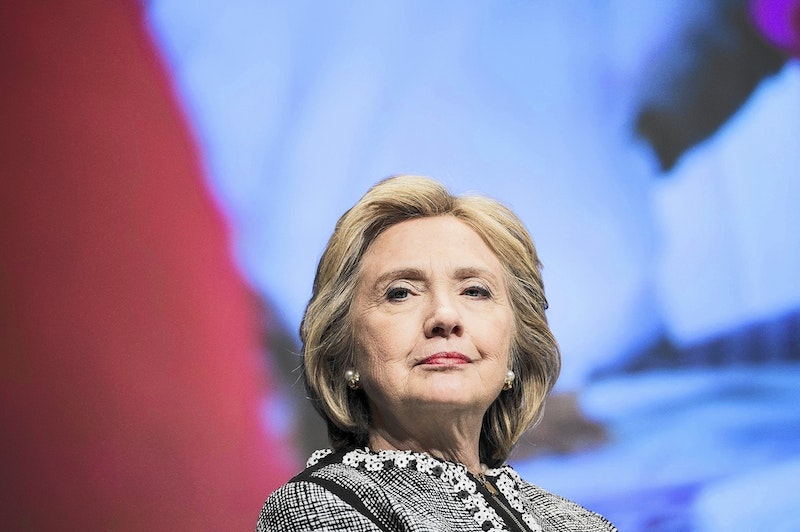 Is The New York Times on Hillary Clinton’s payroll? Probably not: that’s a cynical stretch, although one could argue that any source of revenue for The Shrinking Lady is money safe in the till. But let’s be clear: the Times— like most of the mainstream media—has zero interest in Sen. Bernie Sanders pulling off a McGovern-like upset in the Democratic primaries and caucuses next year. Sure, it’d be fun for reporters who’ve resisted Clinton indoctrination, but as an institution the Times needs Clinton to be the nominee since she’s a relatively safe favorite over whomever the warring Republicans choose in 2016. It’s possible (emphasis on possible) that publisher Arthur Sulzberger Jr., editorial page editor Andrew Rosenthal and executive editor Dean Baquet know that Clinton is a sleazy, money-grubbing and duplicitous candidate, let alone her utter disdain for the press, but the paper’s desire for a Democrat in the White House trumps all. And Bernie is just too big a risk.

But space must be wasted on the early political events of the upcoming campaign—it’d suit me, as well as millions of other readers, if there was a moratorium on coverage until this October—and that means the enthusiasm for Sanders, mostly from left-wing Democrats who’ll wind up voting for Clinton anyway, has to be explored.

The opening of the Times’ July 7 dispatch is a typical indication of how the paper leans. Reporters Amy Chozick (front-runner for Hillary’s press secretary) and Patrick Healy begin: “The ample crowds and unexpectedly strong showing garnered by Senator Bernie Sanders are setting off worry among advisers and allies of Hillary Rodham Clinton, who believe the Vermont senator could overtake her in Iowa polls by the fall and even defeat her in the nation’s first nominating contest there.”

Can any political observer (the only people reading such stories at this point) take this paragraph at face value? No, silly geese. The tip-off—obvious, but included—comes later in the story when those “worried” allies point out that Sanders’ big rallies were in “handpicked locations like Madison, Wis. and Iowa City, where there are many college-educated white liberals, a demographic that represents his base. Mrs. Clinton draws stronger support from African-Americans, Latino voters and moderate voters.”

I must’ve missed the morphing of Clinton into 1968’s Bobby Kennedy, who until his assassination, depended on those minority voters to fend off Sen. Gene McCarthy. An aside: as Clinton’s never run in a national election, and was understandably swamped by Barack Obama among black voters in 2008, how do the reporters know that she’ll attract that demographic? Maybe Bernie’s soak-the-rich, prop-up-the-welfare-state platform will have wide appeal, not constricted to Whole Food/Ben & Jerry’s populists (some real, others donning early Halloween disguises).

The Times knows that a virtually uncontested Democratic primary will make Clinton even duller and less compelling on the stump, and that’s bad for Democratic business. So it’s in the Party’s interest to gin up some competition, let people think it’s a real hum-dinger (via the media) and keep HRC on her toes. I don’t know enough about Sanders to wager whether he’s in on this scam—his reward is presumably a few proposals on page 1045 of the official Democratic platform presented at the Party’s convention—but I’d imagine he’s enjoying the attention.

The only X factor I can think of is the rapid failure of polling, most recently evident in David Cameron’s decisive UK win in May and the landslide “No” vote in Greece on Sunday. Both contests were polled as too close to call. Otherwise, this is Hillary’s turn and we can expect The New York Times—with a few transparent head-fakes—to pursue that agenda.