The least we can expect from our total surveillance siege-state is protection. 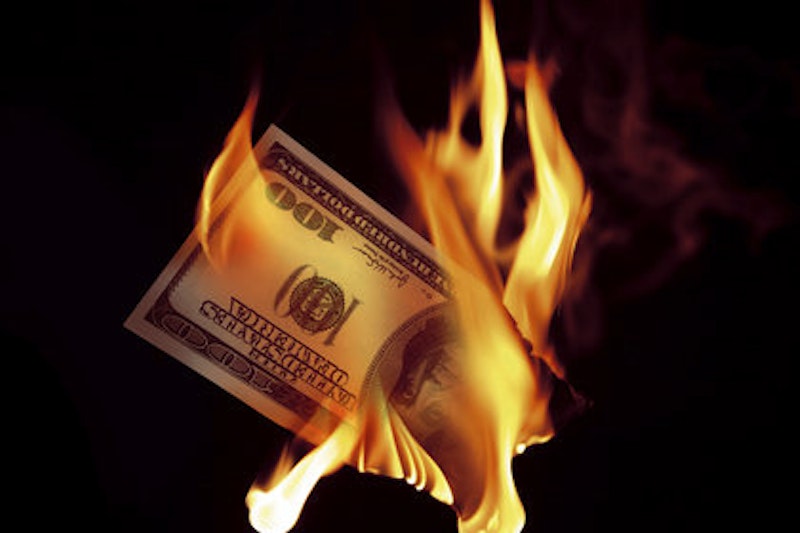 It behooves us to remember that the Reagan administration bankrupted the USSR by funding the relentless Mujahedeen of Afghanistan. The Soviet collapsed fighting Islamic insurgents, dueling a hydra.

I don’t care who perpetrated the 9/11 attacks. It’s irrelevant. I don’t care who is perpetrating the obvious hacks on our financial system. It doesn’t matter. Not my circus, not my monkeys. What matters is that on 9/11, as today, this country spends more on so-called “defense” than all other countries in the world combined, and we’re getting nothing for it except ongoing chaos and mayhem in the Middle East and bizarre Cold War hijinks and provocations in Ukraine. The gazoonies running this shitshow pulled $5,000,000,000 out of our food stamps program and poured $5,000,000,000 into a fascist coup in Ukraine. For what? These absurd “defense” expenditures could easily fund a single-payer health care system, a matchless public educational system, and the much-needed repair of our decaying infrastructure. What are we getting for our money, for our vast endless national sacrifice?

On September 11, 2001, as we are told, 19 Arabs wielding boxcutters hijacked four commercial passenger aircraft and penetrated the most heavily defended airspace in the world, resulting in the most devastating terrorist attack in American history. They crashed a plane into the Pentagon itself, a maneuver worthy of Luke Skywalker. It doesn’t matter whether the official narrative is true or not. What matters is that we got absolutely nothing for the massive amount of money we laid out for defense, and nobody got fired or lined up against a wall and shot. The fuck-up in charge of our air defense that day got promoted to Chairman of the Joint Chiefs Of Staff, the Peter Principle in action.

On Wednesday, United Airlines, the New York Stock Exchange, and The Wall Street Journal suffered a complete collapse of Internet connectivity, all officially attributed to unrelated non-conspiratorial problems with routers. The federal Office of Personnel Management was recently totally compromised by some as yet undisclosed super-villain, perhaps a zitty 4chan- or Reddit-obsessed teenager in his mother’s basement, perhaps China or SPECTRE or Charles Manson. Systems related to finance, retail, and our alleged healthcare system have been getting hacked with regularity for several years now, and authorities say we should expect a cyberattack on our energy infrastructure at any moment.

I’d like to know just what we’re getting for our investment in the National Security Agency. Not very much, from the look of it, and we aren’t even allowed to see their budget.

The Pentagon can’t account for the $8.6 trillion they’ve been allocated since 1999, and doesn’t seem able to actually defend us against anything, most notably a dozen and a half religious fanatics bearing edged weapons directed by a man on dialysis in a cave in Afghanistan. We need to audit these agencies right now. Someone must be held accountable for these massive failures in intelligence and defense. There’s absolutely no excuse for the ongoing failure of the NSA to pursue and share the forensics of these hacks. Given their unlimited and opaque budget, they should be able to protect us against these invasions, but as überhacker Kevin Mitnick once said, “The Internet was not designed to be secure.”

The very least we can expect from our incredibly expensive and cumbersome total surveillance siege-state is protection. Failing that, some firings are in order. In a truly just society, public executions would be appropriate. Let’s not forget the last 10 words of the First Amendment, or the clear intent of the Second. We have not entirely surrendered our liberty for security: we still have our guns. Lots of them. One way or another, accountability is due. It’s going to be a mess. All revolutions are. Somewhere, Stalin is laughing.