Renewable energy is the largest source of newly installed electricity in the world. 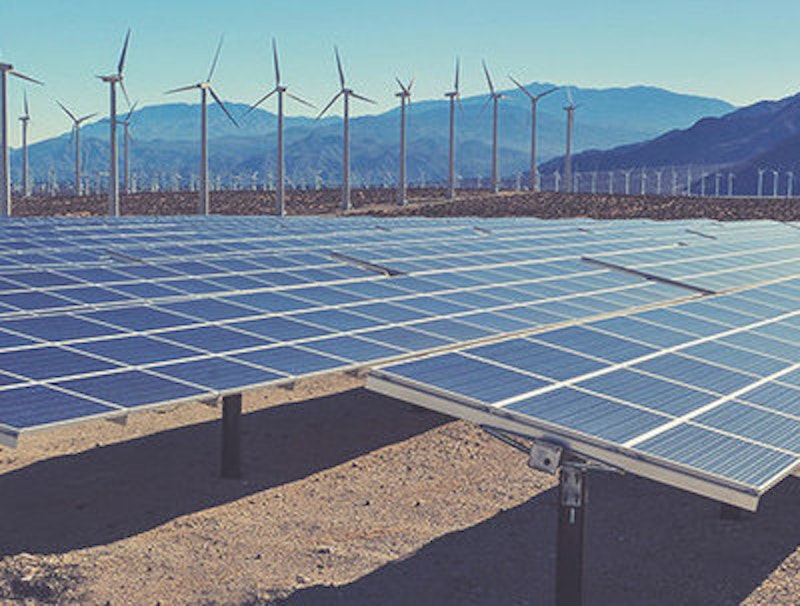 As the Trump Administration attempts to turn back the environmental clock, major businesses, cities and states across the U.S. continue to transition to clean renewable energy.

Anheuser-Busch, the largest brewing company in the United States, announced a commitment to secure 100 percent of the company’s purchased electricity from renewable sources by the end of 2025. This move will represent the amount of energy produced in one year by solar panels covering an area of more than 400 soccer fields and will have the same contribution to cleaning up the planet as removing nearly 500,000 cars from the road.

Joining in on the commitment is Johnson & Johnson; the world’s largest based health care company. Wal-Mart, Hewlett Packard, Coca- Cola, Ikea, Bank of America, Apple and countless other companies are starting to shift towards 100 percent renewable energy.

Businesses are joined in the movement by numerous visionary cities. Across the country from San Francisco and Lake Tahoe, to St. Petersburg and Chicago, municipalities are transitioning to powering their communities with 100 percent renewable energy that is quickly becoming more affordable and accessible. Some cities like Aspen, Colorado and Burlington, Vermont have already reached their target goal of achieving a 100 percent reliability on renewable energy sources.

Two of the latest cities to pledge highlight the bipartisan support for clean energy. Abita Springs, Louisiana had nearly 75 percent of its voters support Donald Trump while Madison, Wisconsin had nearly the same percent in favor of Hillary Clinton. The two cities’ commitment represents the fact that, regardless of political affiliation, citizens believe that clean energy is good for the environment and the economy.

Renewable energy has surpassed coal and become the largest source of newly installed electricity in the world, according to the International Energy Agency. Led by wind and solar power, renewable energy now accounts for more than over half the new power capacity across the globe. The clean energy revolution has arrived and RE100 and cities on the leading edge are hoping to pave the way to a sustainable future.