Derbyshire, Lowry, and the Right's Anti-Anti-Racism

The enemy of my enemy... 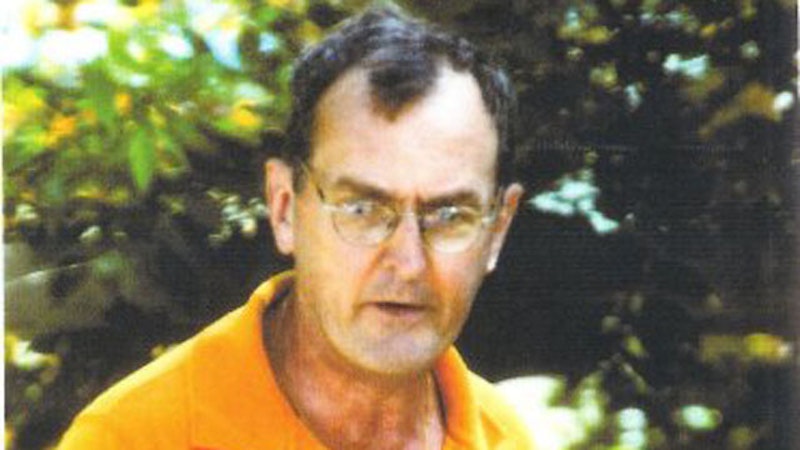 On Friday, John Derbyshire, a National Review Online contributor, wrote a racist screed for Takimag in which he told white children, for reasons of personal safety, to avoid events likely to draw large numbers of blacks. He also said that blacks are less intelligent that whites. He said a whole bunch of other things along those lines as well. His piece is something that has, thankfully, become a rarity in mainstream outlets—an open, sustained appeal for white supremacy.

Rich Lowry, the editor of The National Review, first distanced the magazine from Derbyshire's views and then, admirably, fired him. Lowry's public statement ran as follows:

"Anyone who has read Derb in our pages knows he’s a deeply literate, funny, and incisive writer. I direct anyone who doubts his talents to his delightful first novel, “Seeing Calvin Coolidge in a Dream,” or any one of his “Straggler” columns in the books section of NR. Derb is also maddening, outrageous, cranky, and provocative. His latest provocation, in a webzine, lurches from the politically incorrect to the nasty and indefensible. We never would have published it, but the main reason that people noticed it is that it is by a National Review writer. Derb is effectively using our name to get more oxygen for views with which we’d never associate ourselves otherwise. So there has to be a parting of the ways. Derb has long danced around the line on these issues, but this column is so outlandish it constitutes a kind of letter of resignation. It’s a free country, and Derb can write whatever he wants, wherever he wants. Just not in the pages of NR or NRO, or as someone associated with NR any longer."

Again, I think Lowry did the right thing, and applaud him for the decision.

But I can't help noticing that Lowry's statement seems oddly inexplicit. Why, after all, was Derbyshire being fired? Lowry says his post was "nasty and indefensible"—but in what way? He says "Derb has long danced around the line on these issues"—but which issues? What exactly has Derb done? What etiquette has he breached? Lowry never says; if you don't know already, it seems, he doesn't intend to tell you.

Of course, I've already told you what Derbyshire did. He revealed himself as an unrepentant racist. Lowry, though, isn't willing to come out and say it… and you can certainly see why. Saying that Derb "has danced around these issues" sounds much better than saying, well, Derb has been writing borderline racist crap for years, but we're okay with borderline racist crap. It's only when it's really, really racist that we object.

In short, by avoiding actually discussing what Derb did, and why it's a problem, Lowry managed to avoid all of the really uncomfortable questions raised by the fact that a bigot with white supremacist views was writing for his magazine for many years. The fact that this bigot has other good qualities is no doubt true… but is also a little beside the point. Surely, when confronted with open, vicious racism by one of your contributors, it is incumbent upon you to say, clearly, in so many words, "racism is wrong, and our publication rejects it." I mean, why wouldn't you do that? Why this mealy-mouthed crap about how he's a good writer and this mincing about unnamed "issues." Why not call racism by its name?

Everybody knows why, of course. It's because the right, epitomized by NRO, is ideologically committed to anti-anti-racism. Anti-anti-racism is the belief that the real race problem in this country is not discrimination against black people, but rather the full-throated denunciation of racism. Anti-anti-racism holds that racism has been vanquished; black people are equal (look! a black President!) Therefore, any mention of systemic or ongoing inequities are at best a distraction and at worst a deliberate effort to marginalize and oppress white people.

Unsurprisingly, Lowry himself wrote an anti-anti-racist article just recently. In it, he argued that black activists and writers should stop focusing on the Trayvon Martin case and start focusing on the tragedy of black on black violence. This is a classic anti-anti-racist argument. The real problem for Lowry is not an inequitable justice system, but instead an inter-black community issue. Thus, the real problem is not the racism that appears to have been involved in both the Trayvon Martin killing and the investigation. Rather, the real problem is those who suggest that any racism was involved.

Josh Barro at Forbes has an excellent explanation of why Lowry's reasoning is faulty. He points out, first, that the black community and black activists spend a lot of time focusing on black-on-black violence. In addition, the Trayvon Martin killing raises questions about the justice system and inequity that are really important. As for why there's more of an outcry about Martin than about black-on-black violence, Barro points out that the issue is political tactics.

Barro says he doesn't believe Lowry is a bigot himself. That's may be, but the problem is that consistent anti-anti-racism leads to some unfortunate results. Specifically, it puts you in the position of claiming that bigots are less of a problem than the people who denounce bigots. All of which makes things more than a little awkward for Lowry. Anti-anti-racism says that bigots are not the problem, but here is Derbyshire, and he is clearly both a bigot and a problem. To his credit, Lowry sucked it up and did the minimal thing needed. That he didn't manage more is understandable, if depressing. Because, as Derbyshire's relationship with NRO shows, racism and anti-anti-racism may not be quite the same thing, but they're far too close for comfort. It's well past time for conservatives to face that truth. It's a shame, for NRO, for conservatives, and for the rest of us, that Lowry fumbled the opportunity.